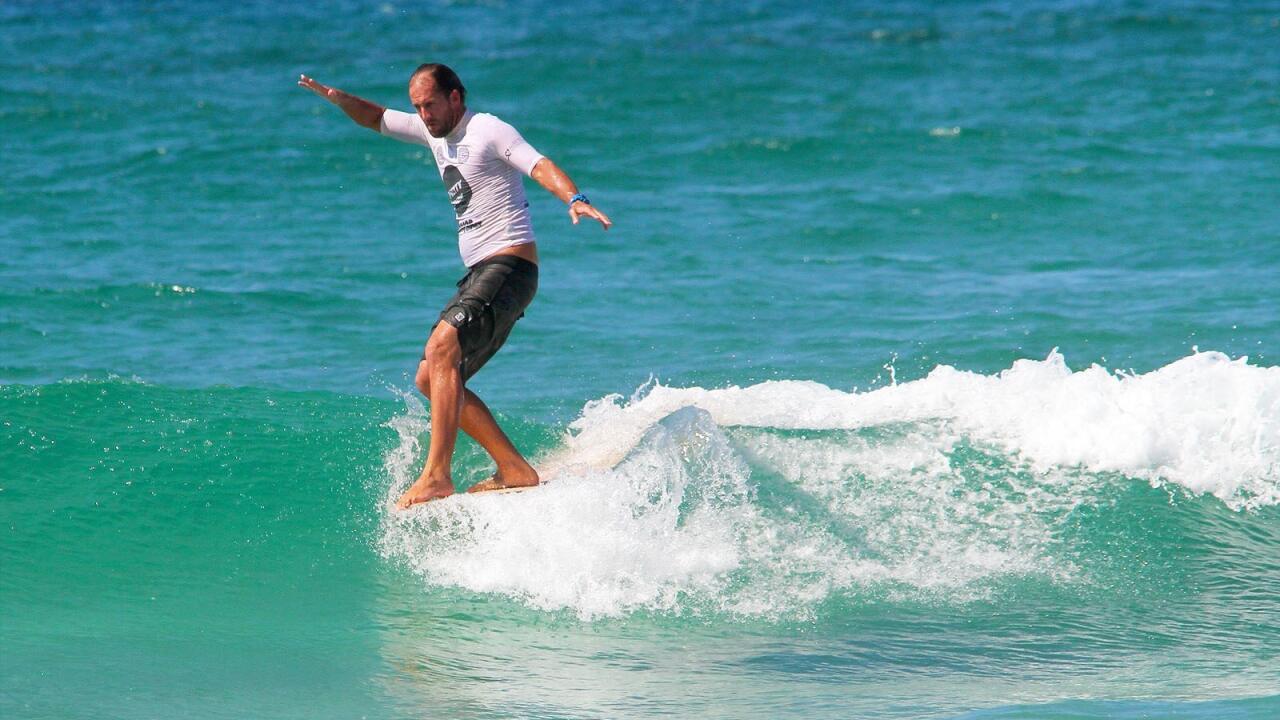 The Australian Longboard Surfing Open is barrelling towards us over the 25th to 27th March weekend. Surf forecasts predict the event can expect an excellent 3ft plus swell over this coming Easter long weekend.

Event Director Sean McKeown has been involved with the Australian Longboard Surfing Open for over 20 years including the last 10 that it has been an LQS (Longboard Qualifying Series) event and thinks the 2016 instalment is shaping up to be the best yet.

"We're really excited about the forecast for this weekend," McKeown said. "Conditions are shaping up nicely and the sand is really good at Kingscliff at the moment. We also have the largest field of internationals in the events history along with the most amount of female entrants."

"With such an impressive field and the forecast shaping up the way it is we can't wait to see the world's best longboarders in some excellent waves."

Baking up McKeown's comments on the state of the sand bank at Kingscliff at the moment was local surfer, and former Kingscliff Board riding Club President Dean Bevan.

"The bank at Kingscliff is the best I've seen it in the last 30 years," Bevan said. "For all of the national and international visitors coming, they will enjoy world class waves." This year the event boasts the largest amount of female international competitors seen at the event contesting the Cancer Institute Women's LQS division with current World Champion, Rachael Tilly from the USA. The 17 year old is competing with world No. 3 Chloe Calmon. They will compete alongside others from Japan, Hawaii and France.

Not to be outdone by the calibre of ladies entered in the competition the line up of men in the Volte Wetsuits Men's LQS is no less impressive. The event sees the 2 times world champion Harley Ingleby from Emerald Beach, 2 times World Champion Taylor Jensen and defending champion heading the list of men. They will be joined in the lineup by Dane Pioli who has won this event at Kingscliff 3 times, the rising stars of Australia longboarding Nic Jones, Jack Entwistle, other world rated surfers Jared Neal, Ruben Roxburgh and Shohei Akimoto from Japan.

With barrelling waves and many of the worlds best longboarders competing expect to see a mixture of traditional style hang tens, combined with progressive manoeuvres and even longboard dancing from Australian surfer/dancer Kristy Quirk. Ray Gleave, Dean Bevan and Dane Pioli are a few of the local guys stoking for the event this year and will be great to see out there in the pristine waves.

Finalists have been decided for a huge final day at the Australian Longboard Surfing Open.