Defending Champion Karina Rozunko (USA) has spectacularly been knocked out of the Women's Cancer Institute NSW WSL LQS leaving the tournament wide open in the Women's division. Current World Champion, Rachael Tilly (USA) has booked herself a spot in tomorrow's Final along with an all star cast in both Men's and Women's division at the Australian Longboard Surfing Open.

The Semifinals brought nail-biting finishes to both heats as the Women jumped from first to fourth then back to first in a battle to make it to the finals. Our Young World Champion Rachel Tilly won the first Semi Final along side Hiroka Yoshikawa (JPN). Great style and committed nose rides is what saw the girls through this afternoon surf.

The second Semifinal had Tory Wilkerson (USA) taking out the heat in the final seconds with our Brazilian Chloe Calmon (BRA) coming in a close second place. Wilkerson worked hard to keep young star Calmon from taking the lead. "Conditions were tough out there today," Wilkerson said. "All of the female competitors are great surfers today, and anyone could have taken the win if they found the right wave. It has just come down luck today."

In the Men's Volte Wetsuits Pro, surfers Dane Pioli,(AUS) Harley Ingleby (AUS) and Taylor Jensen(USA) have come out with a devastating array of technical and difficult surfing executed with perfection in style and class to progress to tomorrows Final.

Tricky changing conditions with the Northerly winds came into play creating a little havoc amongst the Semifinalists but we saw the cream rise to the top. Taylor Jensen, USA six times US Open Champion and twice World Longboard Champion and defending champion at the Australian Longboard Surfing Open taking out first place in He will be joined in the finals by Ruben Roxburgh (AUS) who snuck through with a second place finish.

Semi Final number 2, the focus on Dane Pioli (AUS) former Aussie champ doing one of his renowned escape artist moves and pulling out a first place finish. Harley Ingleby did what was required to come into second place. The two will also meat in tomorrow's final. Pioli looked unstoppable during his Semifinal. 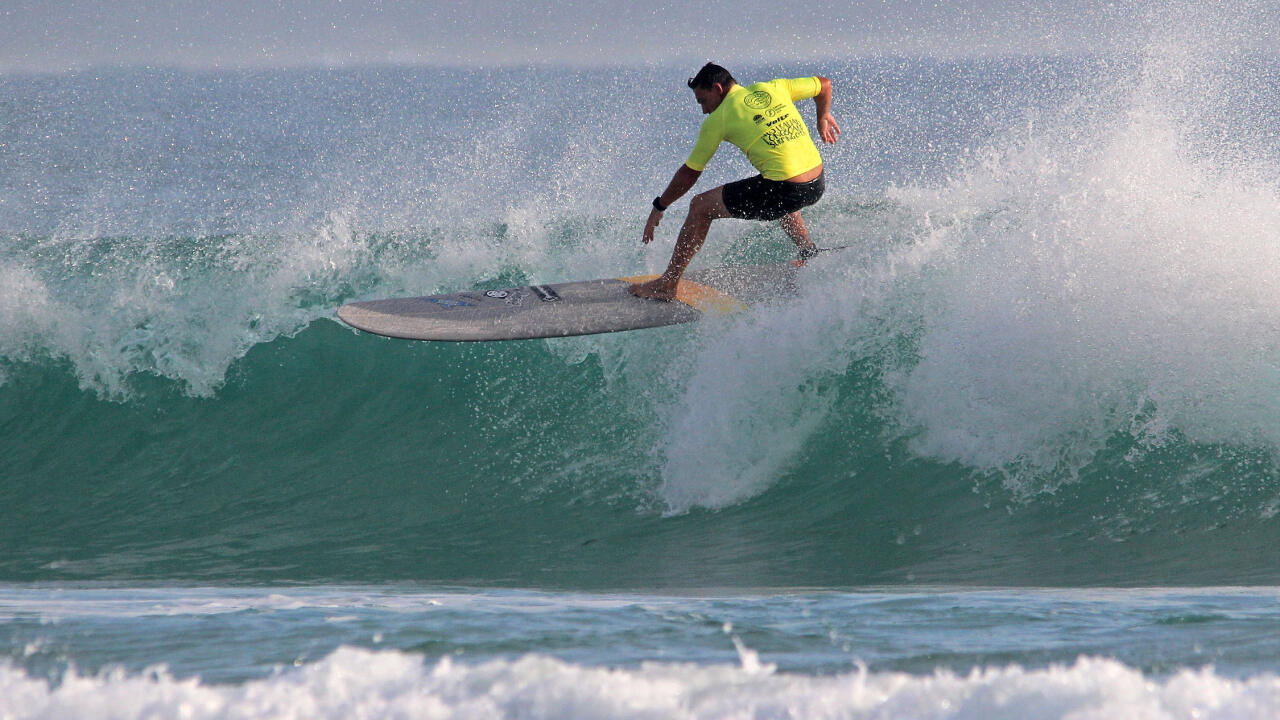 Dane Pioli will compete in the Final at Kingscliff - WSL

"Today was a little nerve racking being through to the Semifinals," Piolo said. "To be up against the calibre of guys I surfed against and to have a win in the semi's was a surprise but I am stoked to be in the final and tomorrow I will be giving it everything to take the win, again, for number 4"

Check back tomorrow as we will crown a man's and women's champion here at Kingscliff.

Sand banks, wind and swell all looking great for a massive weekend of longboarding at Kingscliff this Easter.