Taylor Jensen cutting back during the final - WSL

In the Men's Volte Wetsuits LQS Finals, in the end it came down to two competitors Harley Ingleby (AUS) and Taylor Jensen going wave-to-wave, with a series of high performance and progressive manoeuvres equally balanced with traditional nose riding.

Watching this final you see what professional surfing is all about, utilising every inch of the board, on every foot of each wave. Taylor had positive dominant manoeuvres with a combination of hang fives and hang tens as well as power, speed and control through his many cuts backs and re-entries.The level of surfing was outstanding and it was Taylor Jensen who came ahead at the end for a convincing win. "I'm super stoked to start off the year with a win," Jensen said. "Last year I ended with a second place in China, it was pretty frustrating so having a win here to get things back on track is great. It was a tough heat with not so many waves, kind of an anti-climax to not have everyone get good waves but I'm wrapped it came my way and I got two good ones"

Ingleby was frustrated to come close but was still amped on a final with two time World Champion Jensen. "A little bit disappointed with another second but I am happy for Taylor who is always surfing super solid," Ingleby said. "Pretty fun few days and the northerly held off, definitely a good call to have us in the morning rather than the last final of the day so that was much appreciated."

What a great final for the Cancer Institute's NSW LQS having Brazil's Chloe Calmon dominating the heat with top scores of a 7.17 & 6.17. Showing great control on her backhand and with excellent wave selection, she was able to take out the best couple of waves of the final and shine through. Chloe Calmon became this year's Australian Longboard Surfing Open deserving champion, taking out the World Champion Rachael Tilly (USA). 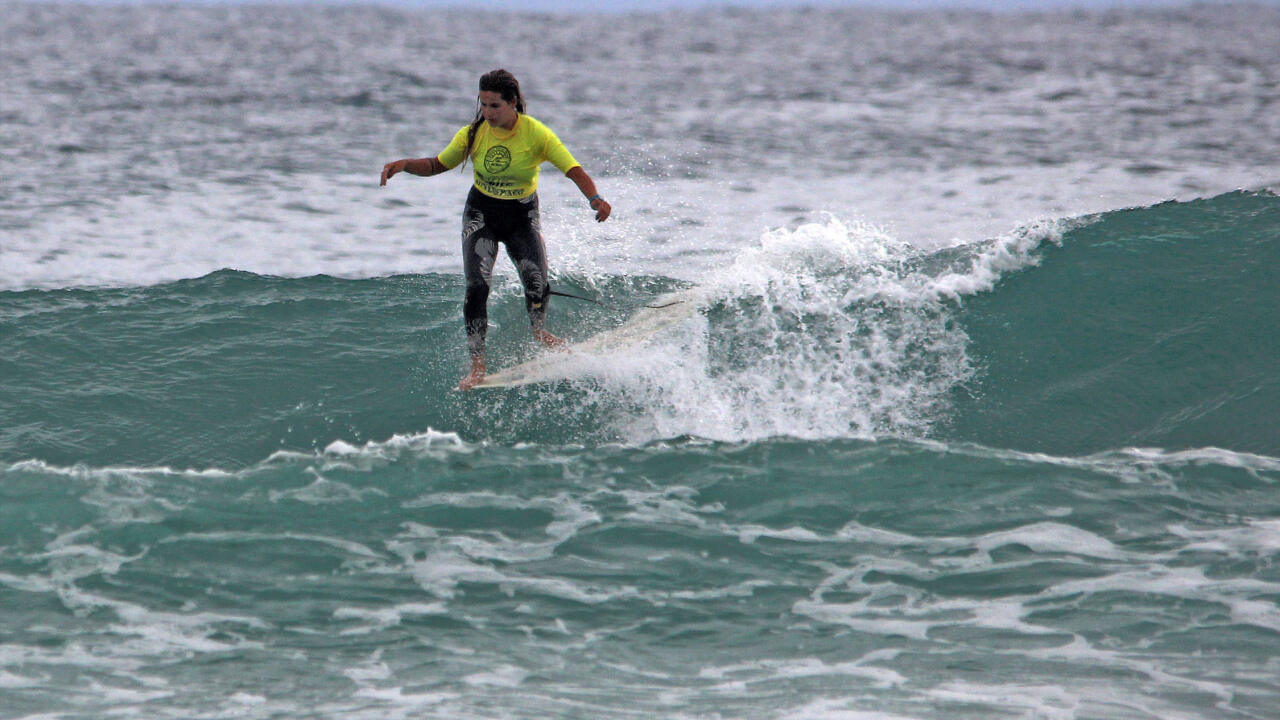 "Conditions today were way better than yesterday, the waves got a little bigger and offshore," Calmon said. "I was just trying to have fun and enjoy what I was doing the most and surfing and competing is what I love to do. I was nervous in other heats but my strategy for this one was to be calm in my first wave, which paid off with my biggest score. I knew the game could change at any minute cause all the girls were surfing amazing. It is my first time in Australia and my first 2 events of the year, so I am pretty excited."

Tilly was wrapped to be back in the water competing for the first time since her World Championship victory in China last year. "The conditions were really fun and the competition was great, I didn't get the exact result I was here for," Tilly said. "I let my nerves get the best of me. I felt I put on some good surfing throughout the whole event, so I am proud of what I have come this weekend. I am happy, no shame losing to anyone out there, they are all fantastic surfers"

Finalists have been decided for a huge final day at the Australian Longboard Surfing Open.

Sand banks, wind and swell all looking great for a massive weekend of longboarding at Kingscliff this Easter.