Despite cold and testing conditions, the third and final day was a true celebration of longboarding on a local, national and international stage. The 2x World Champion Jensen proved his competition class, defeating another former World Champion Harley Ingleby (AUS) in a rematch of the Australian Open of Longboarding final in Kingscliff, NSW earlier this year.

In a wave-starved final, Jensen mixed elegant footwork and powerful rail maneuvers, opening with an excellent score of 9.00 (from a possible 10) and kept the momentum for the rest of the Final.

Jensen scored a back up 7.50 to finish on a combined total of 16.50 (from a possible 20) and confirm place as one of the best performers ever at the Whalebone. "It's been the most interesting surf conditions I think I've ever experienced for an event," said Jensen. "I got lucky with the waves I found and I made the made them count."

"I feel right at home in these sort of conditions, they're really similar to the waves I grew up surfing in California. WA has been a happy hunting ground for me and I'm stoked to take the win."

Notwithstanding a great 7.25 (from a possible 10) ride, Harley Ingleby was left chasing a near perfect 9.26 to snatch the lead when the siren sounded. The always stylish Ingleby hacking in the final - WSL / Woolacott

"It was a real struggle out there, I only caught three waves and just didn't have the opportunity to answer back," said Ingleby. "It was probably the slowest heat of the whole event, but it's been another great Whalebone Classic." "I found it really hard out there," said Williams. "I'm stoked to take the win of course, but I've really had to earn this one."

"It's my first time here to the Whalebone Classic and WA has most definitely lived up to it's reputation of the ‘wild west.' The weather has been so different from what I'm used to back home."

Kathryn Hughes was unable to find a wave of any significance and was left chasing an 8.76 for the win.

"I was little embarrassed with how I surfed to be honest," said Hughes. "I'm happy to have made the Final and beat the defending champion Georgia Young yesterday, and to get into the Final."

A strong Sunday crowd was on hand to soak up the vibrant atmosphere and inclusive vibe of longboarding in Western Australia. 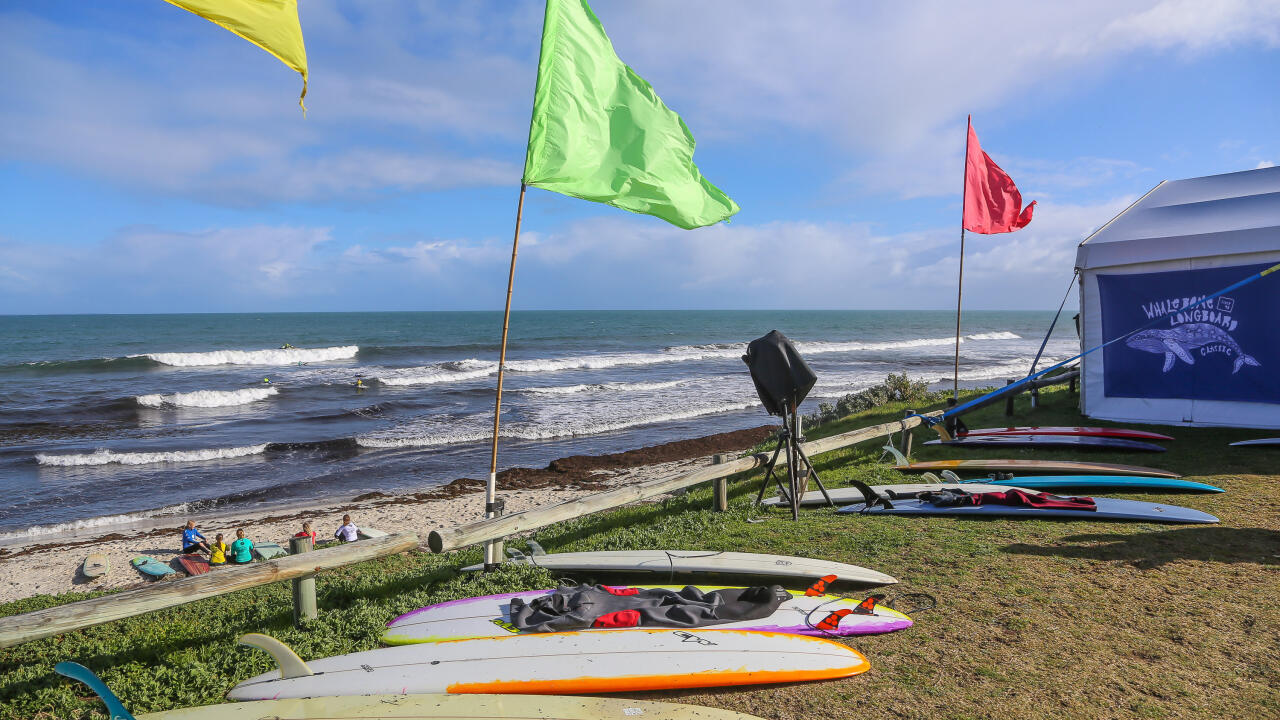 2014 WLC Chelsea Williams goes for two in a row in at this year's Jeep World Longboard Championship.