It's hard to put into words the impact Bernard "Midget" Farrelly had on the surfing world, but he was certainly responsible for making Australia one of surfing's great superpowers.

In the early 1960s the Championship Tour didn't exist, but the Makaha International did. From 1954-on, the annual winter event was held on Oahu's west side. That's where world champions were crowned in those early days. The event was steeped in Hawaiian style, with 24-man heats narrowing the field down through the hundreds of entries. The vast majority of them were local Hawaiians or California transplants. Surfing's first boom was underway with the Gidget craze in America, and Hawaii was still the edge of the surfing universe. 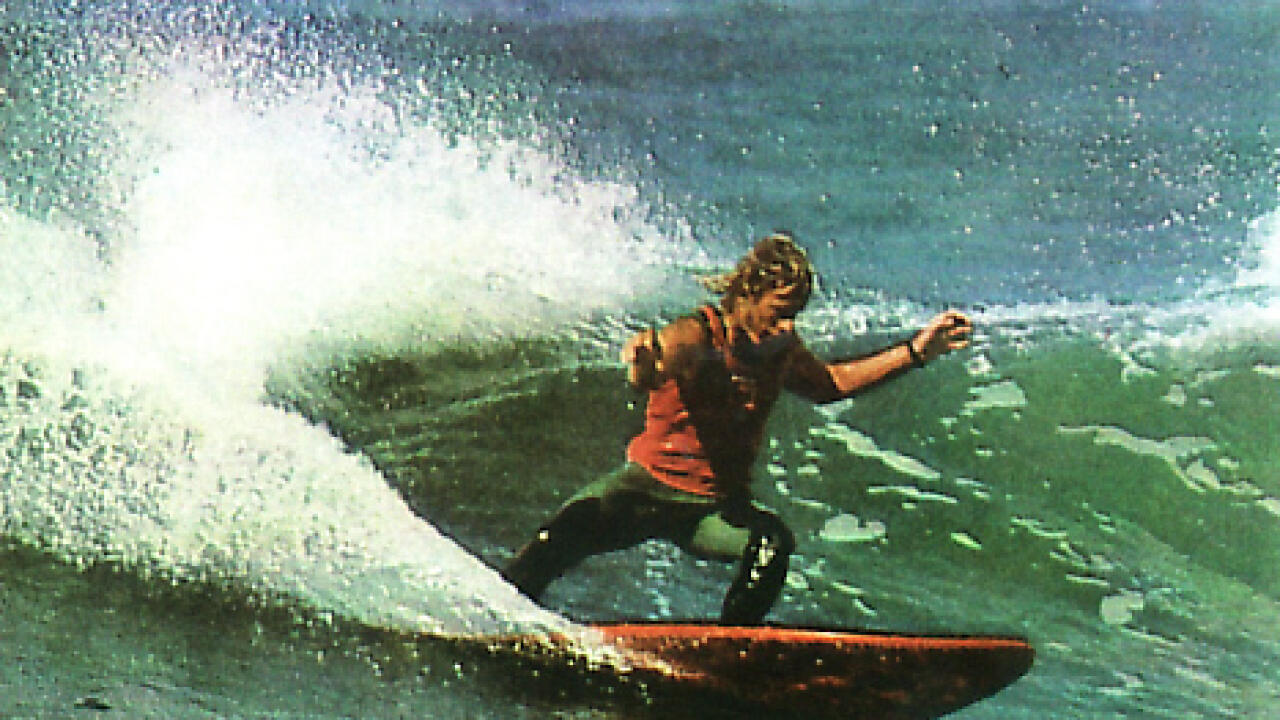 Midget Farrelly came of age riding traditional longboards, but he remained a key player Down Under during the shortboard revolution with his evolutionary performances. - WSL

It was in this environment, in late 1962, that a young Midget Farrelly arrived in Hawaii with a few friends from Australia to give the Makaha competition a go.

When he won the event early in 1963, he became Australia's first face of surfing. Midget's success was a pivotal step in importation of the surfing boom Down Under. Thanks to him, Australians would host their own elite tour event as early as 1964.

Groms like myself who grew up in Australia in the 60s were all diehard readers of his column in the Sunday paper. And we were rabid fans of the Farrelly Surf Show on ABC. I can still vividly remember huddling around the one TV set in the house to watch his latest adventures, which included safaris around the world. And, naturally, I had his book, The Surfing Life. 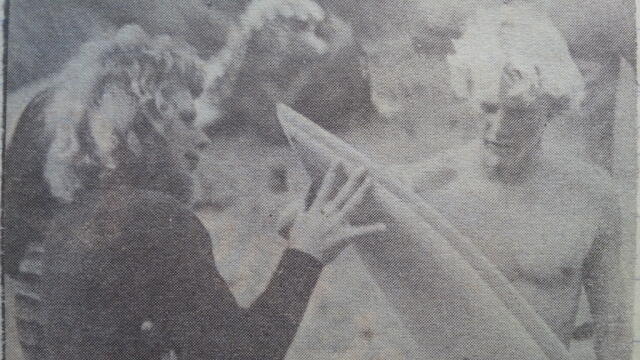 Farrelly and Townend talking design at Bells Beach in 1974. - WSL

The first time I crossed paths with Midget I was at my home beach in Greenmount Point in 1970. The Australian Titles were being held and I had made the Queensland team for the first time. I was able to mingle firsthand with all the top surfers, a starry-eyed grommet just soaking it in.

Our Queensland local hero Peter Drouyn (now known as Westerly Windina) won over Midget, Nat Young, Ted Spencer and Keith Paull. That same year, after he was second to Rolf Aurness at Bells, a picture came out in Witzig's Surf Magazine. The image showed speed, rhythm and style. Back then, style mattered. I was a 16-year-old Coolangatta teen, inspired. Midget's performance at Makaha in early 1963 helped propel Australian surfing into its future as a dominant force on the international scene. - WSL

In '73 Midget turned up in Hawaii for the first time in years. He invited me to go over to Makaha with him for a surf. It was my first time on the west side. It was a perfect little offshore day, and of course Midget was still treated like royalty around there. He introduced me to Buffalo Keaulana and all the boys for the first time.

After that we went to a luau at the Aikaus (the famous cemetery house). We were able to swap stories with the family, a moment I will always treasure. It was as real as you can get when it comes to Hawaiian family culture.

Groms like myself who grew up living in Australia in the 60s were all diehard readers of his column in the Sunday paper. And we were rabid fans of the Farrelly Surf Show on ABC.

It can be argued that Midget was Australia's best competitive surfer of the 1960s, winning Makaha in '63, the inaugural ISA World Title in '64, runner-up to Hemmings in Puerto Rico in '68 and then finally runner-up to Rolf Aurness at Bells in '70. No one had that kind of consistency in that decade.

He was also a master shaper/designer. He was always pushing the envelope. The quality of Midget Farrelly Surfboards was second to none. It quickly became a staple of the Australian surfboard industry.

Despite his accomplishments, his style, and his contribution to design, he was often overlooked by surf historians. When Surfer Magazine's "50 Greatest Surfers of All Time" issue came out in 2009, I was mortified that they'd left him out, and I let the editors know it. He's an Australian surfing icon that can't be forgotten. When it came to speed, rhythm and style, Midget was the best. I wanted to surf just like him.

Editor's Note: Peter Townend is recognized as the first world champion of pro surfing's modern era. He won the first world tour in 1976, followed the next year by another Australian, Wayne "Rabbit" Bartholomew. Australians would continue to dominate for most of the next decade, with Mark Richards, Simon Anderson, and Cheyne Horan all playing pivotal roles. But each one of them will be the first to tell you that the age of Australian dominance all began with Midget Farrelly.