The beautiful break of Esterillos Este, Parrita will provide the canvas for the Men and Women's Qualifying Series competitors to showcase their talents. - WSL / Johan Pacheco

It's been fourteeen years since World Surf League, then Association of Surfing Professionals, set its feet in the sands of Costa Rican shoreline. But, with the Men's and Women's Qualifying Series (QS) Essential Costa Rica Pro Open 3,000 level event taking place October 5 - 9 this year, WSL will have the opportunity to bring pro surfing back to beautiful break of Esterillos Este.

With 3,000 points on the line, some of the top men and women from the QS will be on site to earn vital points in their Samsung Galaxy Championship Tour (CT) qualification campaign.

One of those surfers and Costa Rican native, Noe Mar McGonagle (CRI), is elated with the opportunity to claim a win on his home soil. The 20-year-old knows the importance of this event and what it can provide for his fellow countrymen. Though he may not be an Esterillos Este local, that will not keep McGonagle from performing to his best ability and representing Costa Rica with pride. 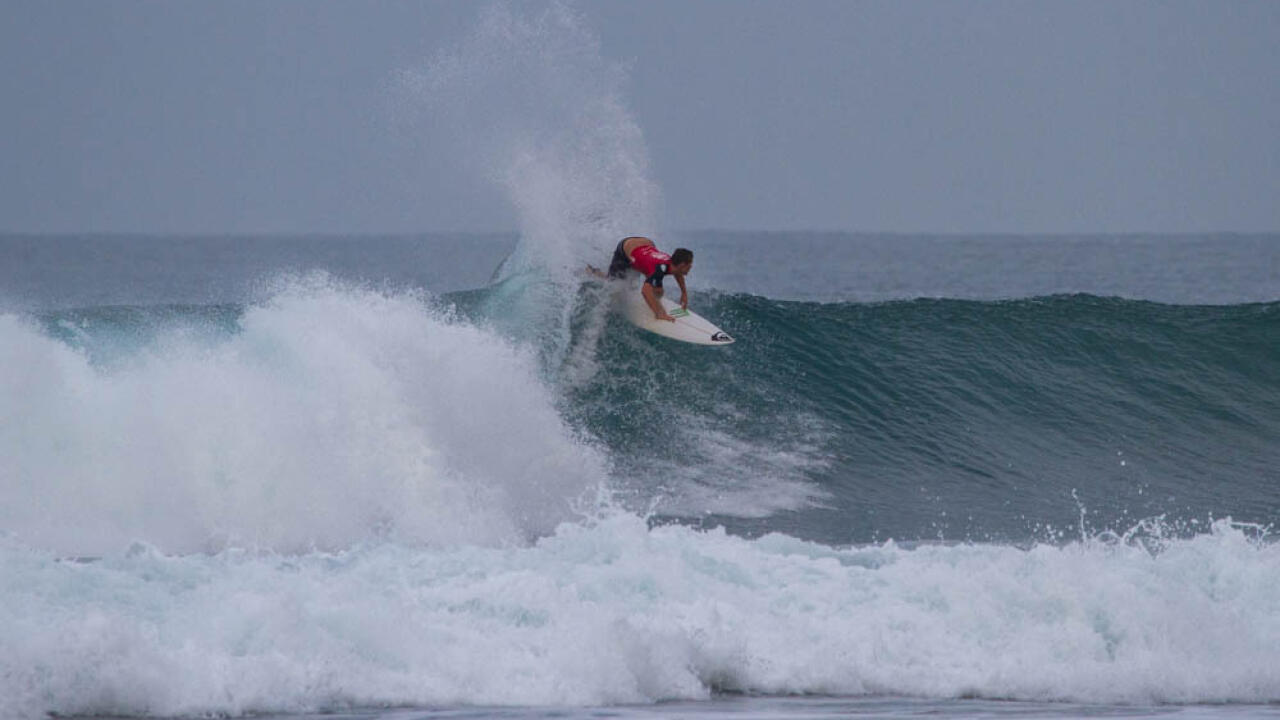 Noe Mar will trade this Mexican lineup for his native country's own in October. - WSL / Chris Ramirez and Elias Miranda

"We've been waiting for this to happen for a long time and it's basically a dream come true," McGonagle said. "It's always good to compete in my home country and this brings a lot of opportunity to our surfers, especially to demonstrate their level of surfing and for the Latin American surfers in general to earn QS points. I'm not super familiar with the wave, living far from Esterillos, but I do know waves are fun and consistent -- it's really exciting."

Alongside her brother Noe Mar, Leilani McGonagle (CRI) will be one to watch in the Women's QS3000 event as a local favorite. It is a chance the young Costa Rican relishes and will look to take full advantage of to earn valuable points.

"It's so amazing to have this opportunity and I can't wait," McGonagle said. "It'll be great to see more of the Ticos, that don't get to travel as much, have a chance to showcase their talent. I love watching my brother compete and it's always nice to have his support, so I will be looking forward to having him and my dad coach me. I love traveling, but it does get stressful so I'm so excited for this event and only having to drive a few hours from home is going to be awesome." Competing in El Salvador just two countries north of her native Costa Rica earlier this summer, Leilani will be fully prepared for anything that comes here way. - WSL / Kurt Steinmetz

Event Director Diego Naranjo has been around the WSL for some time as an athlete and now helping produce an event in Costa Rica is an opportunity he's been trying to make a reality for some time. Naranjo has great ambitions the break of Esterillos Este will provide competitors with quality waves for them to revel in.

"I am really excited because it has been my life's dream to be part of the WSL tour and I tried very hard as an athlete but didn't have the support I needed," Naranjo said. "Now, along with my team, we have helped the tour come to Costa Rica and give an opportunity to new generations and make their dreams come true. I was involved in small part as producer in the 2001 and 2002 events which were really good events."

"Now, with the commitment of the Costa Rica Tourism Board and private companies, we are able to show the audience a real surfing life style with music, food court, and a beautiful beach," Naranjo added. "This beach is very contestable on all different tides and we can't wait for to show this paradise to the world."

WSL North America Tour Manager Brian Robbins was in attendance for the press conference announcing the event and showed his delight with Costa Rica joining the WSL schedule once more. Helping provide a stage for many of the native surfers to showcase their talent on a pro level is something Robbins hopes to see more of the future and a goal the WSL regional offices are striving for.

"This marks a pivotal moment for Costa Rican surfers and all of the event organizers involved," Robbins said. "We couldn't be happier to see this event brought to life and is a testament to the hard work Diego and his team have put in to make it happen. It's incredible to have their support hosting a QS3,000 level competition that will give surfers a great experience, while also earning valuable points toward their season. We're beyond excited for this one and know it will prove a big point for the deep surfing culture that runs through their country."

The Essential Costa Rica Open Pro registration is now open to all competitors and will take place following the Cascais Billabong Pro.