RVCA is back as the title sponsor at 56th Street Jetty for the 2016 RVCA Pro Junior presented by Jack's Surfboards. - WSL / Isaacs

A company created in Pat Tenore's garage nearly 15 years ago has evolved into a full force within the surfing industry and looks to continue its support at the ground level of competition for the youth with the RVCA Pro Junior presented by Jack's Surfboards. This event serves as stop 5 of 6 on the North America Junior Tour and the race for World Junior Championships qualifications has a finish line in sight. The Top 4 ranked competitors earn a place into the prestigious event held at New South Wales, Australia in January of 2017.

Fresh off his first-ever Junior Tour victory, the current rankings leader Nolan Rapoza (USA) comes to Newport Beach in search of a second win to solidify his spot at the top. But, the Long Beach, Calif., native still needs results to grasp the sought after No. 1 spot amid a talented field of competitors. Rapoza didn't get the result he was looking for last year and will take the knowledge he's retained since then to put forth his best performance. "The RVCA event is held at one of my favorite surf spots that I surf every day and I think last year I was still surfing well, I just had a hard time putting together a good heat," Rapoza said. "I think now I'm finally starting to figure that out. When you string along a handful of results you always have that confidence. I think my first or second heat will show how the event will play out for me. I want to just blow up and make a statement."

Tyler Gunter (USA) will represent his local Newport Beach community as one of its promising up-and-comers. Gunter is still searching for his first Junior Tour victory as he prepares for the next step of his career toward the QS. Gunter feels even more at home with RVCA behind him and wants to set the bar high among his fellow contingent.

"It's really sick that RVCA are having the contest again, especially since it's at my favorite wave and home break," Gunter said. "I have one more year left in the juniors, but really want to win this one since it's in Newport. These contest create such a good platform to get us ready for the QS. I've started doing more QS events this year and the juniors have really helped me for those." Helping guide Gunter and the rest of RVCA's talent pool, RVCA Surf Team Manager Mike Brophy witnessed the company's historical moment last year as its first title sponsorship toward a WSL event. Back for more, Brophy sees this event as a great opportunity for all involved and wants to continue RVCA's efforts at the foundation of pro surfing.

"We are really excited to get the community together for this event," Brophy said. "It is an amazing opportunity for RVCA to be the platform for an event in our backyard. The kids are the future of this sport, so it's important to keep these special events going. It's so amazing to see what [Pat] PM Tenore has created with RVCA and the special gift he has of bringing good people together. It's also amazing to see RVCA at surf events, and being the title sponsor." Jake Marshall, current No. 4, has already made one final this year and needs another big result to hold his claim as a World Junior Championships qualifier. - WSL / Isaacs

In conjunction with WSL, the Newport Beach Surfing Championships will be running its 28th year of competition and RVCA Pro Junior Contest Director Darren Brillhart expressed his excitement to see everything come back together. With a promising forecast in store, Brillhart and event organizers are keeping a close eye on conditions to take full advantage of the infamous 56th Street Jetty's potential.

"It's always a good thing to see the surf scene flourish here and have RVCA back providing a stage for the future of pro surfing for a second consecutive year," Brillhart said. "RVCA has always supported local youth down here from Tyler Gunter to Colin Moran, and many others. It's also great to have them take this event on as it's right in their back yard. Forecast looks great for the lefts off 56th street, we have the option to run on either side of 54th or 56th, and anytime we get a straight south in the window it's a no-brainer call. Sand bars are pretty good too so it could offer long hollow lefts if the wind cooperates." 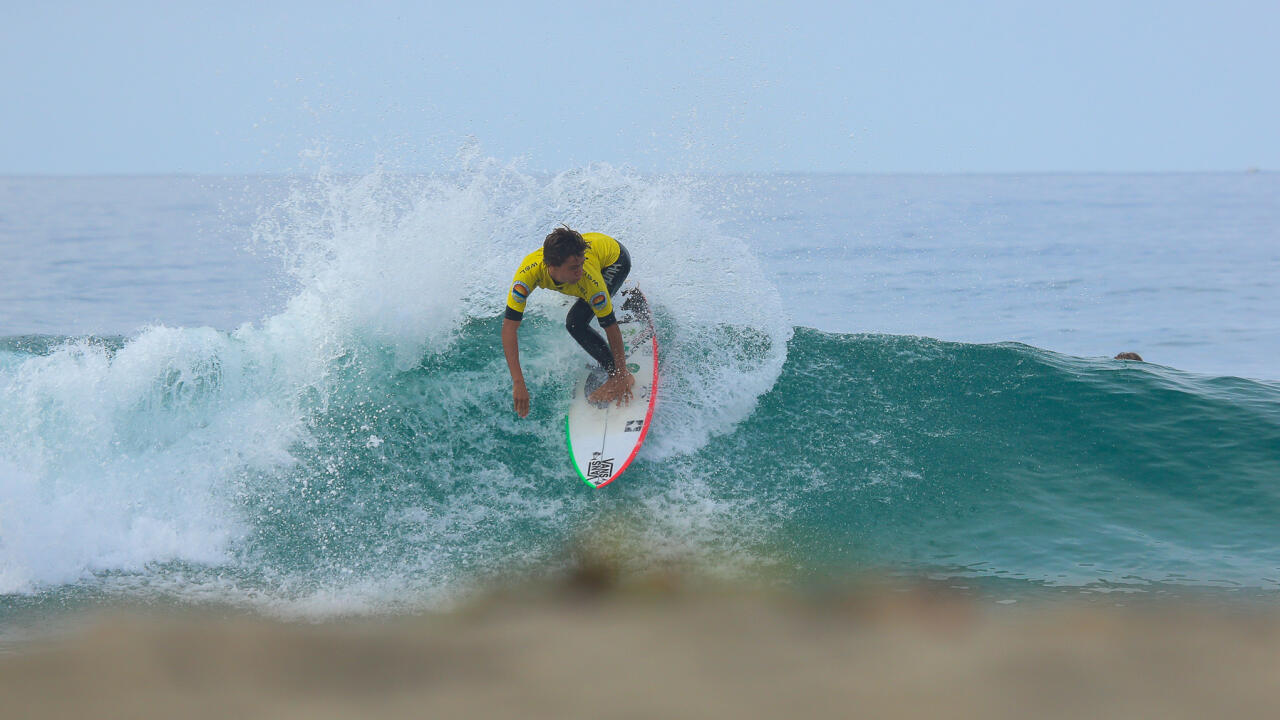 Coming up the coast from his home country of Mexico, Jhony Corzo is in search of his maiden Junior Tour victory. - WSL / Isaacs

Surfline is calling for:

Event organizers will convene at 07:30 a.m. PST to determine an 08:00 a.m. PST Start. For more information and LIVE scoring from the 2016 RVCA Pro Junior presented by Jack's Surfboards, go to www.worldsurfleague.com or download the WSL App