The wave of Esterillos Este may be unknown to some of the world's top Qualifying Series competitors. But, that will all change come October 5 - 9 with the Essential Costa Rica Open QS3,000. - WSL / Johan Pacheco

To understand where Costa Rica is in terms of hosting a WSL event, lets go back to the last time one was held on its exotic shoreline. The year was 2002. There was no Facebook, no Instagram, and no Twitter -- those growing up in this decade probably cannot even fathom the horror -- to announce that Costa Rican native Magnum Martinez had emerged victorious at the Billabong Pro Costa Rica on the sands of Tamarindo.

At the time Carlos Munoz, the current No. 39 ranked on the Men's Qualifying Series, was only 9-years-old and not even living at his current home of Esterillos Este just yet -- this year's contest site for the Essential Costa Rica Open. Now fully enveloped in the competitive scene and a threat to the QS elite, Munoz will have a shot to claim a victory of his own for his countrymen as Martinez did fourteen years ago. But, some of the top QS competitors will be in attendance vying for the 3,000 points on offer to make Munoz's quest all the more difficult. Munoz will trade the foreign shores of Portugal for his home terrain of Esterillos with hopes of bettering his Round 2 finish in the Billabong Cascais Pro. - WSL / Laurent Masurel

What kind of surf does the venue have to offer, one might ask? Take notes from a local.

"It has some really good waves with both rights and lefts that can be ridden at any tides during many different swells," Munoz said. "At low tide there are some barrels and it's a fatter wave at high tide, but it's still really good. I think the ideal surf is when the swell is southwest and the tide is low, going into high tide, with glassy conditions in the morning. The vibe is all pura vida and it's a good beach for a family weekend with a really mellow town."

With a plethora of talent from around Central America to pull a variety of upsets, there was only one way to determine who would have the opportunity to compete against some of the QS elite. A trials held at Playa Hermosa determined three men and one woman to take part in the Essential Costa Rica Open QS3,000. 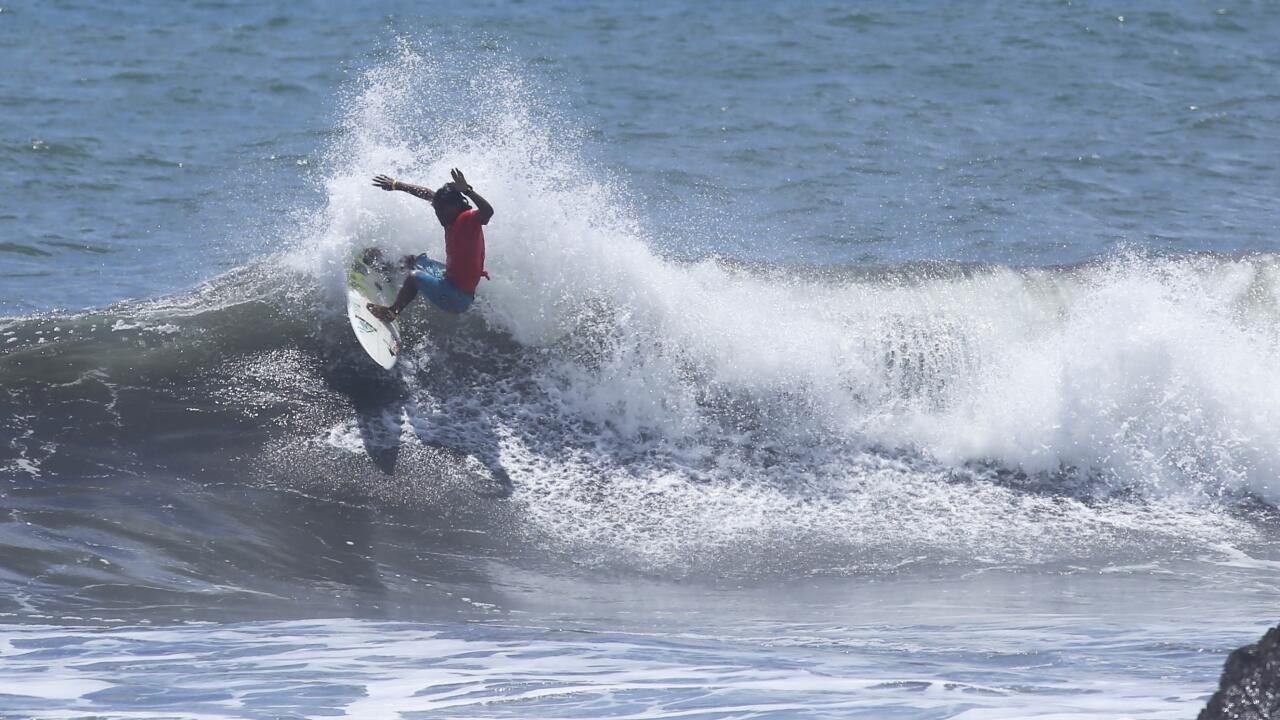 The trials received proper conditions for the competitors to show their level of surfing and make a claim as to why they belong in the draw among some of the world's best. - WSL / Johan Pacheco

"There is a lot of talent in Costa Rica and I think my brother could be one of those," Munoz said prior to the trials. "There's also Anthony Fillingim and some of the juniors that rip. I think a lot of people have been working hard for this and now to see it happen is the best thing ever, especially the opportunities for the Costa Ricans."

To many who attended the event, surprises were in store as some of those top names dropped in the Quarterfinals -- including Fillingim. But, when all was said and done, it was Jaco, Costa Rica's Jair Perez who claimed the ultimate victory out of the trials with a huge win.

Joing Perez in the main event are Tamarindo's own Isaac Vega, and Venezuela's Jose Lopez. Perez seemed unstoppable at the trials, taking out some of the top Costa Rican talents, en route to his win and spot into the main event beginning in the Round of 64. - WSL / Johan Pacheco

"I feel pretty blessed just to win the trials and it is gonna be an amazing experience to compete at home with all these great surfers around here and from around the world," Perez said. "I'm pretty sure I'll be competing with some of the same surfers that I surfed with at Virginia Beach or Outer Banks. It's going to be really exciting just to have the chance to do my best with the best surfers on the planet. It is a blessing for Costa Rican surfers to have a QS event at home because it's a great chance to make some points, and a good beginning for so many Latinos and Costa Rican surf athletes. For me, personally, this is a great opportunity from God that I won the trials and have a secure spot in the main event. I'm ready and excited."

More surprises filled the beach as it was Puerto Viejo's 14-year-old talent, Camilla Summers, who stole the show and earned a huge win. Joining Summers as wildcards chosen by the Orange Wave team, 12-time Costa Rican National Champion Lisbeth Vindas and up-and-coming compatriot Emily Gussoni will have a crack at some of the QS elite.

"Costa Rica is a beautiful country and it's the perfect place to host a QS," Summers said. "Having the opportunity to compete in it is a dream come true for me. I've only been in competitive surfing for three years and only done local and national events," Summers said. "This will be the first time I've competed in a world level event. I would hope to win. But of course I'm aware of the level and experience that these competitors have. I admire them and it's just an honor for me to be able to compete against them." 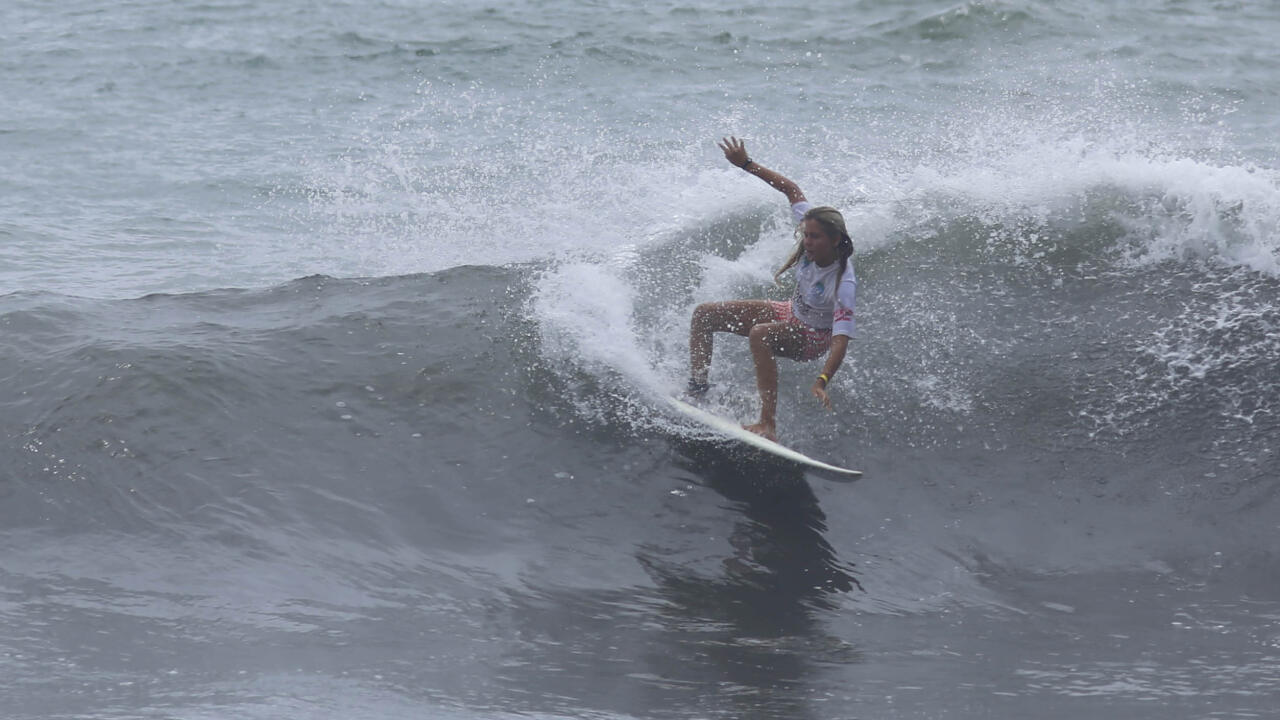 Sending shock waves through the trials, Summers will now have a chance to do the same on a much bigger stage for the women's QS3,000 - WSL / Johan Pacheco

The trial winners and wildcards have a chance to play the ultimate spoiler for determining the 2016 North America Qualifying Series Champions; the heavily sought after title that allows the No. 1 ranked surfer at year's end to compete in all the QS10,000 events in 2017.