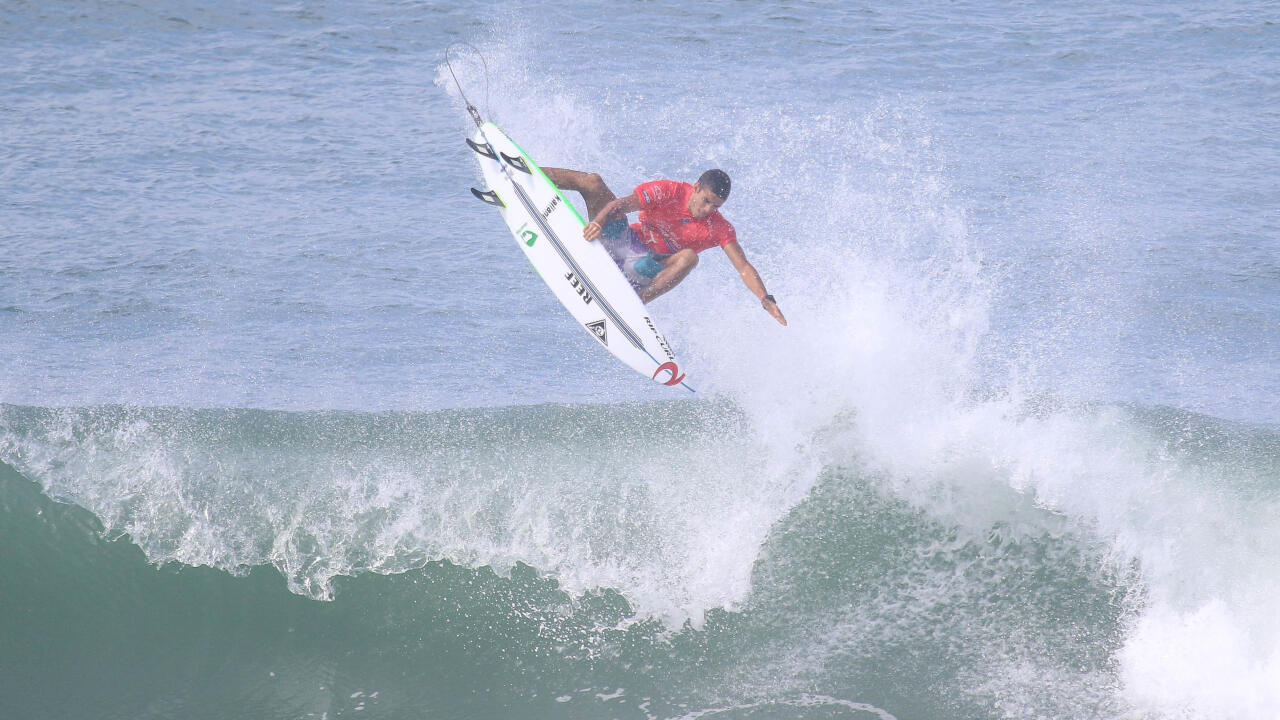 Jose Lopez put on a showcase of innovative and power surfing in both his Round 3 and Round 4 heat wins. The 19-year-old's arsenal was on full display with a massive air-reverse to earn an excellent 8.67 (out of a possible 10) and 15.77 (out of a possible 20) heat total in Round 3, only to garner a 14.94 heat total in Round 4 over fellow Quarterfinalist Chauncey Robinson. Lopez continues to impress when he's able to make his way to events and keeps his ambitions high.

"I feel so comfortable to be here with all my friends and just sending a big hug to my parents who couldn't make it, this is for all of Venezuela," Lopez said. "Earlier today I got a few good airs and the waves are so good. Seeing Leon's 10 yesterday got me so pumped and I just wanted to do the same thing. Now I'll try to keep it going and make more heats, but it's great to say I'm in the Quarterfinals after I've been looking for a good result with the limited opportunities I have." Jairo Perez put on a show for his hometown crowd and obliterated the lineup en route to the Quarterfinals. - WSL / Andrew Nichols

Costa Ricans will have plenty to cheer for after Jairo Perez incredible Round 4 performance notched a win over fellow Tico Noe Mar McGonagle, who also advanced, as his dynamic backhand forehand and backhand attack were in form. Perez earned an excellent 8.23 and backed it up with a 6.77 to regain the lead over McGonagle, though eliminating countryman Anthony Fillingim. But, the 28-year-old, Jaco native knows a big day is in store for his hometown with finals day tomorrow alongside the likes of QS veteran Carlos Munoz also representing for Costa Rica.

"It's unbelievable to be in the Quarterfinals and I just thank God, I was praying the whole time to get waves and they came so I just had to perform on them," Perez said. "Noe and Anthony are such good competitors, they do this all year, but I'm not that consistent with events so to be here competing at home is amazing. I can feel the support from all the way out there and it's really encouraging to know people are supporting surfing at the WSL level here." 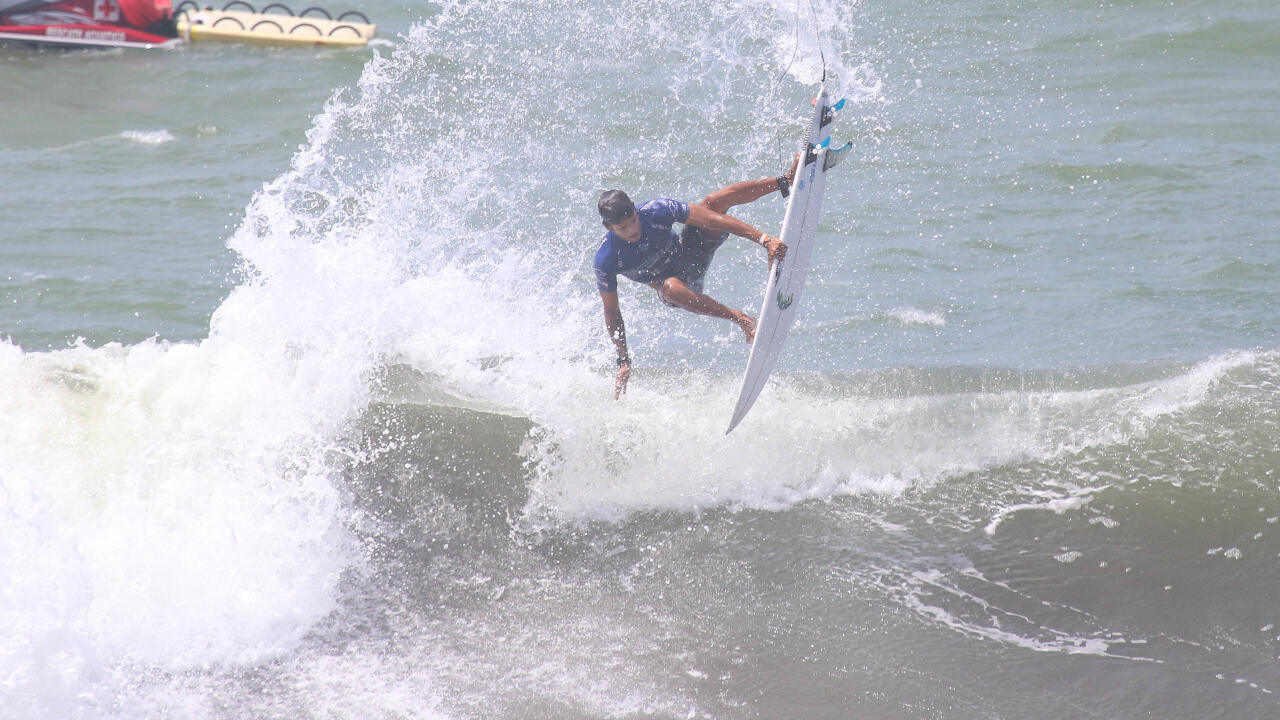 The Brasilian continues his remarkable run at Playa Jaco and claimed a huge win in the process. - WSL / Andrew Nichols

Wesley Leite played ultimate spoiler in the North America Regional Title race as both No. 1 Kevin Schulz and No. 2 were pitted against each other in Round 4. Leite's explosive forehand was relentless once more, earning a 13.67 heat total, and, with Mesinas' last-minute attempt, helped eliminate Schulz. The Brasilian's focus kept him sharp amid a stacked field including fellow countryman Pedro Neves and poses a serious threat to the event heading into finals day -- earning the day's highest heat singe-wave score of an 8.83.

"I'm feeling really good and my board is great right now, and I just wanted to find those lefts," Leite said. "It's so good out there and I just tried to surf my best. Thanks to God for the good waves, my good friends around me, and just all the good vibes. Lucca (Mesinas) and Kevin (Schulz) are such good surfers, but I just tried to focus on myself because I already know what they're capable of. I'm already bettering my best result so now I just want to keep going and I'll stay focused on each heat." QS veteran and fellow Brasilian Luel Felipe also put on a showcase of powerful surfing in Round 3 and 4, posting the day's highest heat total of 16.27 in Round 4 and joins the stacked list of Quarterfinalists.

Esterillos Este's most esteemed local provides some wave knowledge that he, and fellow Ticos, may have the opportunity to play ultimate