"I have no doubt that the biggest wave can be paddled at Nazaré," Jamie Mitchell told the WSL after spending the last two weeks surfing the Portuguese big wave location. "I also think it could be the heaviest wave in the world, as you can get pounded out the back and then get rolled all the way to shore. A lot of people think it's a mushburger, but if they come and surf it, I'll tell you now, they would think a lot differently." Jamie was traveling with his partner and daughter and stayed in Nazaré with Garrett McNamara. While Mitchell usually chases the biggest storms around the world, this was a family holiday planned months ago.

"I just got so lucky. I had two weeks and we surfed every day," he said. "We had every type of conditions and then the final huge swell on Monday. It just all came together." Mitchell compared the wave to Cortes Bank or Belharra, both being open ocean waves with no defined lineup where you have to wait for the waves to come to you.

"You wait for these big lumps that roll through and you are unsure of exactly where they will break. The difference in Nazaré though is all the energy is compressed into a small section of the beach. That's what makes it such a crazy wave." 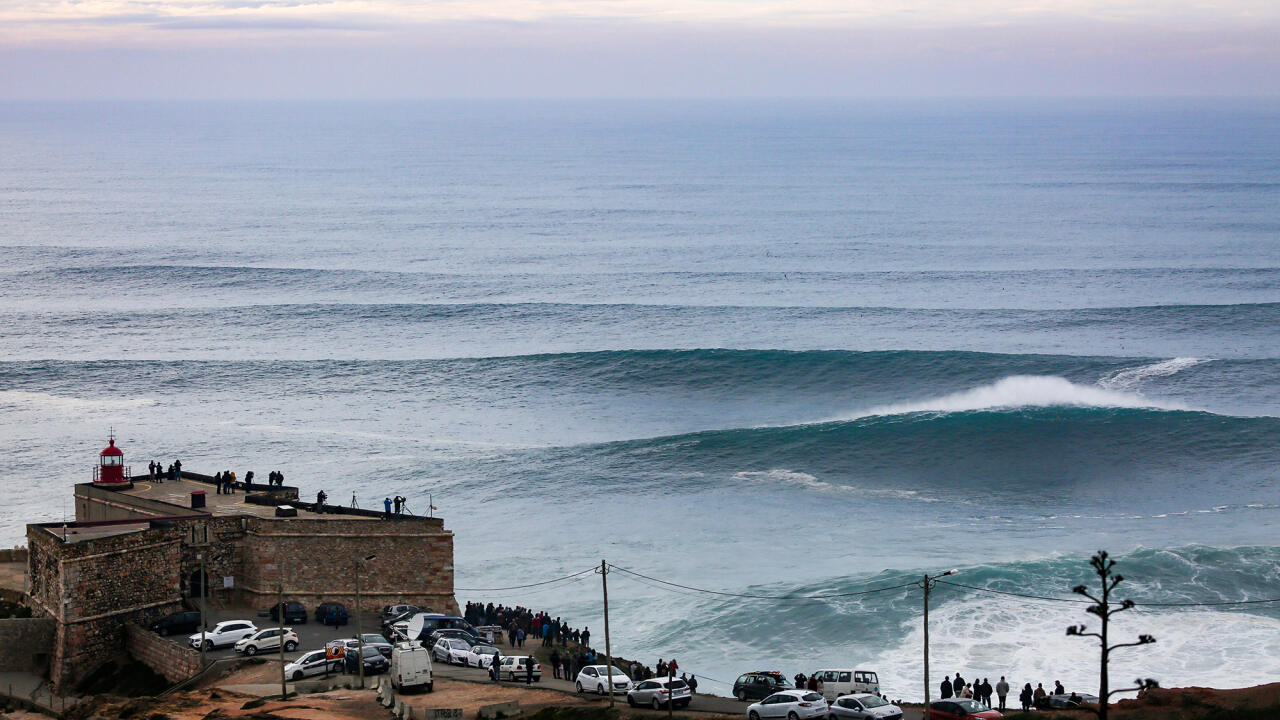 Nazare ain't no mushburger and according to Mitchell is the heaviest wave on the planet. - WSL / Vitor Estrelinha

Apart from a cultural experience and picking McNamara's brain about the break, Mitchell says the time in the water was invaluable -- especially because the Big Wave Tour added the new Nazaré Challenge to the schedule. "I'm stoked," said Mitchell. "I surfed it on a lot of different size and direction swells and I know now where to sit and what waves that look unmakeable are makeable. So it was just a massive learning curve and with the comp there obviously that will help."

Mitchell thinks they may have to run the competition in slightly smaller conditions than seen on this season's opening swell. Catching waves and getting back out in a 45-minute heat, he said, might be difficult.

"I think the jet ski drivers will be in for more of a shock than we are," he laughed. "But it will be so exciting to watch, with the surfing and even the action getting back out through the shore break. It's going to be an incredible spectacle." Lucas Chumbino showing what the Nazare Challenge could throw up. - WSL / Andre Botelho

Australia's Jamie Mitchell took a big wipeout during his Round 1 heat at the cbdMD Big Wave Championships.