It's only fitting that the best big-wave spot on the planet -- Pe'ahi, also known as Jaws -- has now become home to the premier big-wave event of the year. The second edition of the Pe'ahi Challenge, which ran Friday, saw groundbreaking victories from Maui's own Paige Alms, who won the inaugural Women's event, to another standout performance from local Billy Kemper, who secured his second win in two years with a perfect 10-point ride. The event kicked off the WSL's Big Wave Tour in the Northern Hemisphere, and it did not disappoint. Here's a look at some of the best photos from an amazing day: After an amazing 2015/16 winter season, Aaron Gold continues to show a knack for picking off the best waves at the right time. This wave from his first round heat may not stack up to his 63-foot monster that won him the Biggest Paddle Wave award (and $25,000) at last year's XXL Awards, it was more than enough to earn him the heat win. Unfortunately for Gold, he was starved for good waves in his next heat and went down in the Semifinals. How many times have Rothman and Healey shared massive waves over the past two decades? Countless, no doubt. From Waimea to Pipeline down to Phantoms and around the globe, through the years these two have carved their paths as world-class watermen and premier big-wave riders. Paige Alms exudes strength. She has the broad shoulders and long arms of a water polo player. But she speaks with the humility and self-awareness of a Buddhist monk, which belies her courage out at Pe'ahi. She's the antithesis of testosterone-fueled machismo, a big-wave ambassador for young women to admire. Albee Layer did not have a great run at Pe'ahi this year. That doesn't change the fact, however, that he's still one of the best surfers to ever throw himself over the ledge at one of the baddest waves on the planet. Along with Shane Dorian and Ian Walsh, Layer is pushing performance boundaries with every session at Jaws. Nic Lamb's had a busy week. He is one of a number of Big Wave Tour surfers who surfed the first real 20-foot swell of the Winter at Maverick's mid-week, then immediately jetted off to Maui for the Pe'ahi Challenge. With a stack of more big swells on the radar, Lamb's probably not getting any rest in the near future. 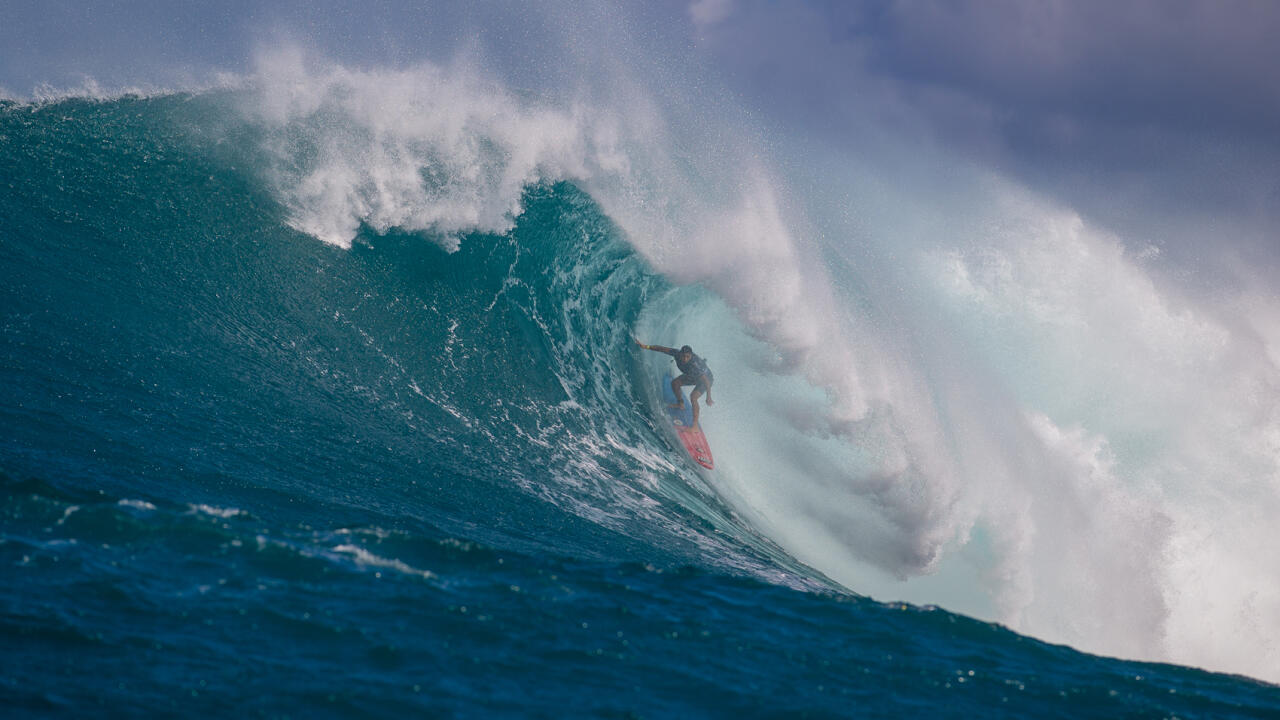 Packing huge barrels at Pe'ahi's West Bowl requires the weight of a professional bull rider and the technique of a F1 driver. Billy Kemper's back-to-back wins at Pe'ahi put him into rare territory, proving once again that guts and skill make for greatness. Brazilian Andrea Moller moved to Maui at age 17 with the intention of returning home to her tiny island off the coast of São Paulo after a few short months. An avid windsurfer, she decided to stay, put down roots on the island and build a life around the ocean. She is now a world-class paddler, big-wave surfer, and paramedic. Plus, she is credited with being the first female to paddle-surf Pe'ahi. Is Josh Kerr now the most well-rounded surfer on the planet? The San Diego transplant who launched his career strictly as an Air Show guy is now winning Big Wave Tour events while still holding down a Top 15 spot on the WSL Tour. Big wave pioneer Buzzy Trent once said, "Waves are not measured in feet and inches, but in increments of fear." As anyone who has ever paddled over a set wave only to see the sky blacked out by the next wave in the set can tell you, there may not be a lonelier feeling on the planet. Here's to that feeling, and overcoming it.

How does Billy pull a repeat at the gnarliest big wave on earth? By training his ass off.