While Nazaré has been surfed since the 1960s, the Portuguese beachbreak's ascension to big wave royalty, and host to a Big Wave Tour event, has only occurred in the last five years. That rapid ascension can be primarily credited to one man: Garrett McNamara.

Welcome to Nazaré
1:00
The Nazaré Challenge in Portugal is on Green alert and could run Tuesday, December 20.

In 2010 the Hawaiian received an email from a Nazaré local asking him to come and check out the big wave potential of the break. McNamara did that and, blown away by the potential, moved to the small port town in 2011. In his first winter there, McNamara was towed into a wave that was later to be judged 78 feet high, a new world record. Suddenly Nazaré was very much on the surfing radar. No one has put more time in at Nazaré than McNamara. This was just the latest nomination for the 2016 Paddle Award. - WSL / Quick+Shot

Over the next few years McNamara, along with the UK's Andrew Cotton and Tom Butler, German Sebastian Steudtner and Portugal's Hugo Vau would tow surf Nazaré every time it broke.

"The swells travel down a deep canyon and then are met from the side by waves coming off the sand shelf," McNamara explained in a recent documentary. "They create these wedges and when everything comes together, magic happens." California's Nic Lamb got a preview of the playing field for the inaugural Nazaré Challenge. - WSL / Vitor Estrelinha

That magic takes the form of giant peaks that are taller than any other wave on the planet. Waves ridden by McNamara, Brazilian Carlos Burlé and Andrew Cotton between 2011 and 2015 had wave faces considered, but not confirmed, to be more than 100 feet high.

Such is their size and random beachbreak nature, that Nazaré's waves were considered to be too difficult to be ridden without jet ski assistance. That was, at least, until Shane Dorian arrived in the January of 2013. Nazaré had been paddled before, but never at 25 feet on the Hawaiian scale, and never by a guy who's widely considered to be the world's best big-wave surfer.

"As far as intensity, power and size goes you could compare this wave to anywhere, whether it's Cortez Bank or Jaws or Mavericks," Dorian said afterward. "It's super intense, super technical, big, gnarly, spooky. So all things we love about big-wave surfing." 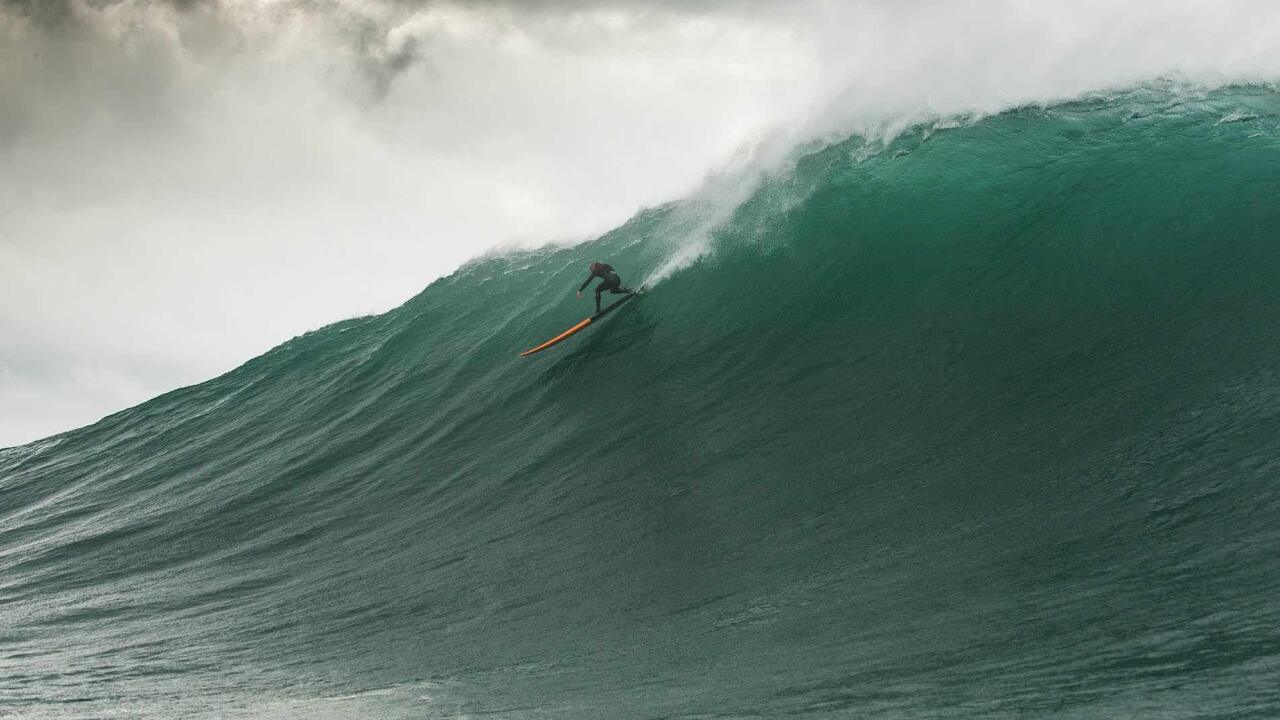 Dorian's efforts further legitimized the break and showed that Nazaré was indeed a paddle destination. Since then the world's best big-wave riders, along with the original crew led by McNamara, have been tackling the giant wedges on their 11-foot paddle-in guns. Jamie Mitchell was just the latest star to surf the break recently and told the WSL, "I have no doubt that the biggest wave can be paddled at Nazaré."

If and when the Nazaré Challenge runs this season, Mitchell's prediction could well come true.