The North America Junior Women's Tour came to an all-important finale in Bathsheba, Barbados. Heading into the event Carlsbad's Alyssa Spencer had already secured a spot in the Top 2, and a trip to the World Junior Championship in January. But one spot remained, and the battle for it went to the wire at Soup Bowls. Leilani McGonagle comes from a proud surfing family with San Clemente roots, but she and her brother Noe Mar were raised in Costa Rica, and crafted their clean styles at Pavones, one of the country's renowned points. - WSL / Laurent Masurel

In the end Costa Rica's Leilani McGonagle was victorious. In addition, she took over the top spot on the women's rankings from Spencer, giving her the Junior Women's Regional title for North America. But both young women are headed Down Under in January to compete in the World Junior Championship. The event will be held in Kiama, New South Wales, south of Sydney. It will be first-time visit to Australia for both ladies. It was do or die for McGonagle heading into the Final of the Soup Bowl Pro Junior. Maddie Peterson and Bethany Zelasko were also in contention for a trip to the World Junior Championship. McGonagle was trailing both right up until the closing moments, when she found a wave with open face and banged away on her backhand to take the win, and the North American title.

"Ending the year win like that gives me a huge confidence boost," McGonagle said. "I'd never won a Pro Junior before, so doing it when it was so vital was great. I think growing up in Costa Rica has definitely made me the surfer I am. Being able to have this opportunity to represent Costa Ricans at Worlds makes me very proud. I hope that it motivates more of the kids here to start traveling and competing outside more." Her dynamic backhand was a key factor for her throughout the year both on the QS and Junior Tour. - WSL / Kurt Steinmetz

"I love my family, they're truly amazing," she added. "My parents are always very supportive and if it wasn't for them I probably would have never started surfing. Having Noe as a brother has been very inspiring too. He's very passionate about surfing and that really pushes me to want to be as great of a surfer as he is some day. It would be a dream come true to make it on tour with him." It was a very happy birthday for Alyssa Spencer with a chair-up the beach in her first-ever Junior Tour event at Cocoa Beach, FL. - WSL / John W. Ferguson

In her first year as a WSL Pro Junior, Spencer came out firing by winning the season opener. The big win came on her 13th birthday. The Carlsbad native held the No. 1 spot all the way through to Soup Bowl before dropping to No. 2. While the regional title may have eluded her, there's little doubt after her impressive season that she'll be a force for years to come.

"I am so honored to have earned a spot into Worlds this year," says Spencer. "Since it's my first year competing as a Pro Junior it makes it even more special, because making it here has been one of my goals since I started surfing." 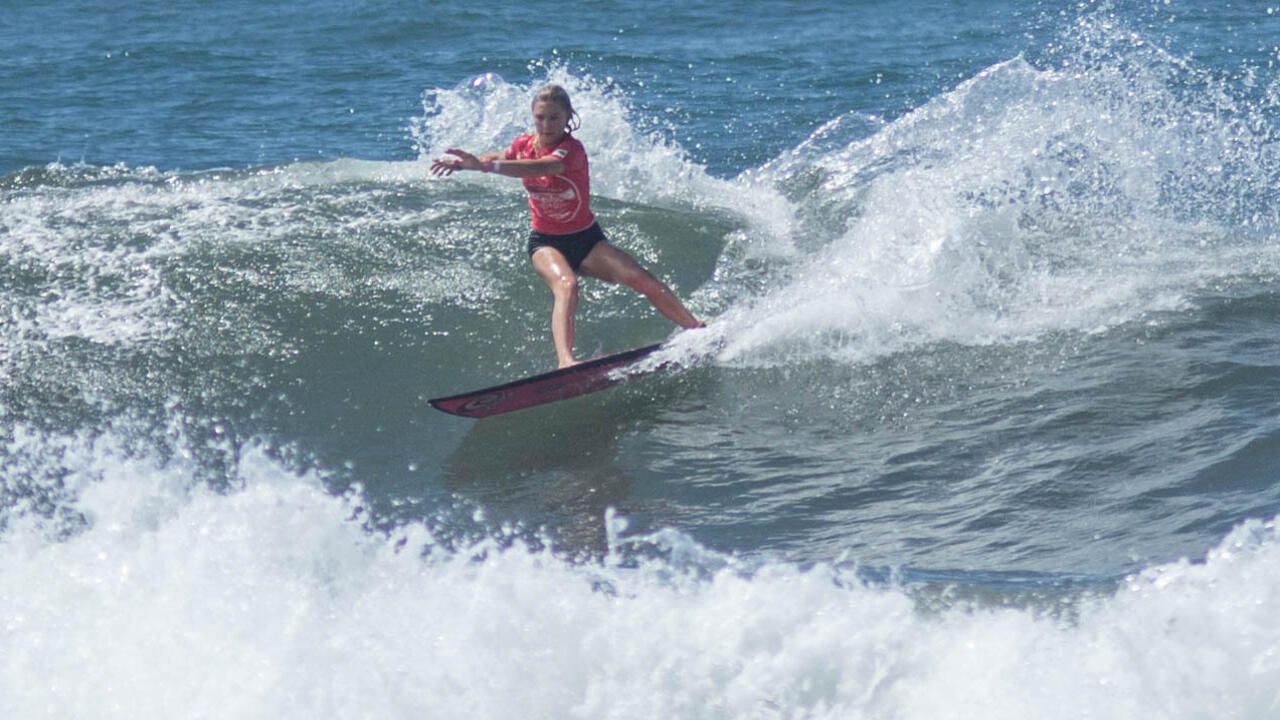 A fellow goofyfooter, Spencer's breakthrough year will poise her for another fun year of events against McGonagle as both return for 2017. - WSL / Johan Pacheco

"It means so much to me when I have my family supporting me at the events. My dad has been a huge help this year being down at each event. He is my supporter and my coach. I love having him with me at the events because he always makes sure I am prepared and 100% ready for every heat. I couldn't thank him enough."