For many years the headlines at the Billabong Pipe Masters were dominated by the wave itself, when the Banzai Pipeline is so spectacularly impressive in its fearsome beauty that everything else takes a co-starring role. Unfortunately, 2016 was not one of those years. This year's headline would read: Great Stories, Good Surf. There are surfers on the Samsung Galaxy Championship Tour whose best results seem to defy logic, others whose biggest moments make perfect sense. Example of the latter: Michel "Spartan" Bourez, a Polynesian thunderbolt built like a winger for the Tahitian national rugby team. With the glaring exception of a win in Rio de Janeiro at the Billabong Pro in 2014, nearly all of Bourez's best competitive moments have happened in Hawaii on the North Shore. His 2016 Billabong Pipe Masters victory capped a career slam of all the Triple Crown events -- The Spartan also had wins at the 2013 Reef Hawaiian Pro at Haleiwa and in 2014 at the Vans World Cup of Surfing at Sunset Beach. A small wave of negative chatter emerged on social media after Kanoa Igarashi's double-barrel heat-winner claim. Much of the criticism seemed to focus on a vague reference to "negative" body language. But, put aside all of your biases and take this under consideration -- the 18-years-old had just stolen a heat from Kelly freakin' Slater in the Quarterfinals of the Pipe Masters and catapulted one of his best friends out of Qualifying Series purgatory and onto the Championship Tour. Debate if you will about the validity of claiming, but if ever there was an appropriate time to turn a blind eye this would be it. In a season so savagely devastating in its utter dominance, the voodoo hex on John at the Billabong Pipe Masters lingers on like a bad hangover. It seems almost unfathomable that he hasn't won a Pipe Masters. So, torch that magical Pyzel in a fiery pyre, John John, say a prayer, burn some sage, release those demons, reverse that curse. If the Chicago Cubs can finally win a World Series after 108 futile years, there's always hope. The job of water patrol at the Pipe Masters is a complicated endeavor. It takes the wave knowledge of a North Shore lifeguard, the vessel control of a Coast Guard captain and the bodyguard training of event security. Not to mention you've gotta keep your head on a swivel for sneaker sets that swing wide towards Off-The-Wall. Riding the momentum of three-straight Semifinal appearances to cap his 2016 season, Kolohe Andino finished ranked No. 4 overall. His march 21 spots up the rankings was topped only by Jordy Smith on this year's list of high climbers. Under the tactical guidance of coach Mike Parsons and an advisor in the form of an ex-Navy SEAL, Andino has stated that he no longer worries about what his competitors are doing, preferring to focus on himself and the task at hand. It's the proverbial "don't worry about things outside of your control" game plan. And it's working. 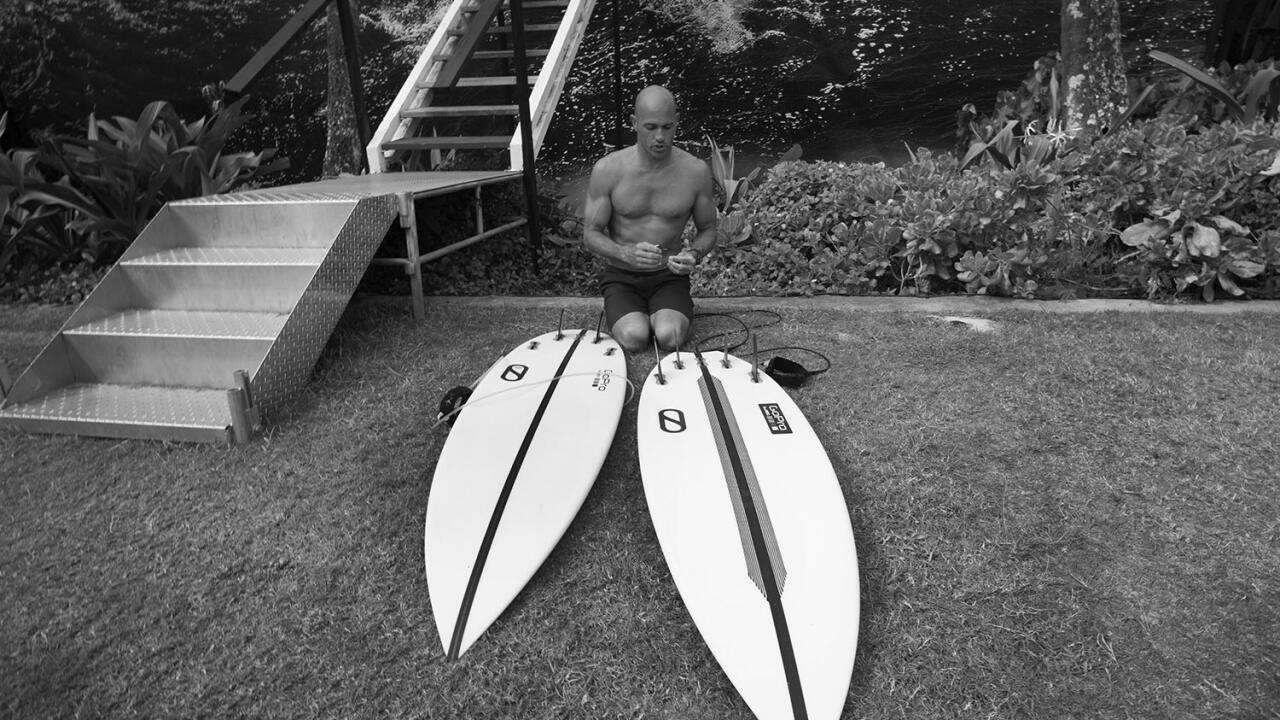 The mysteries of Kelly are profound, the man can keep a secret like a Catholic priest. Case in point: the Kelly Slater Wave Co. artificial wave pool. How long did we surf fans trudge along blissfully ignorant of its eucalyptus-stained, mesmerizing symmetry? Months? Years? He intentionally leaves off any mention of dimensions on his new Slater Designs boards, leaving competitors, reporters and fans to blindly speculate on size and volume. You want further proof? At the Hawaiian Pro, the WSL's Strider Wasilewski explained that he paints all of his boards the same, disguising them so you can't tell if they're constructed of epoxy or polyurethane. Kelly's an affable guy, but he's still looking for an edge even after 11 World Titles. Josh Kerr is what some pundits might call "sneaky good" at Pipe -- rights, lefts, turns, tubes, it's all there. He's also right up there with John John Florence, Shane Dorian and Albee Layer in the best from 2-to-20-foot conversation, turning heads from Trestles to Todos on a regular basis. All of his sideways-stance cross training must be paying off. The Aussie-turned-North County San Diego transplant seems to live in perpetual motion -- wake surfing one day, skating a mini ramp the next, then kite surfing the day after that. Kelly Slater's dedication to fitness training and diet may be unrivaled in pro surfing. Now pushing 45 years old, he's competing against surfers half his age. Yet his surfing is as relevant as ever -- quick, precise, powerfully on edge. And he's got an air game. Slater's the Benjamin Button of surfing, aging backwards with the passing of every year. Great waves make for legends and myths, and the North Shore provides some of the best locations for showcasing glory. If Waimea Bay is surfing's Coliseum, grand and vast, gladiators battling on a distant stage, then Pipe is the tiny bandbox of a venue, white-hot lights revealing all the flaws, fans mere yards from the stage. All the greats have passed through here, from Phil Edwards to Gerry Lopez, Tom Carroll to Andy Irons, each surfer stamping their legacy before a sold-out crowd. When Joel Parkinson was asked to comment on Kelly Slater's return for one final title chase next year, the laconic Aussie shrugged unimpressed. After a moment, he made it clear that he and Mick Fanning were not about to let Slater take a career victory lap and ride off into the sunset: "I don't care if it's for 18th, 19th, and 20th spot in the rankings, we're going to finish above him next year." Shots fired, game on. Falling off the CT is a tough blow for Nat Young, who has proven that his talent, tactics and grit belong on tour. Young finished inside the top ten rankings two of his first three years on tour. But something shifted this year. After a good start in Australia, a string of four Round Two exits mid-season may have sealed his fate. Now it is Nat's turn to return to the QS grind after an admittedly difficult season dealing with personal distractions outside the scope of his pro surfing career. 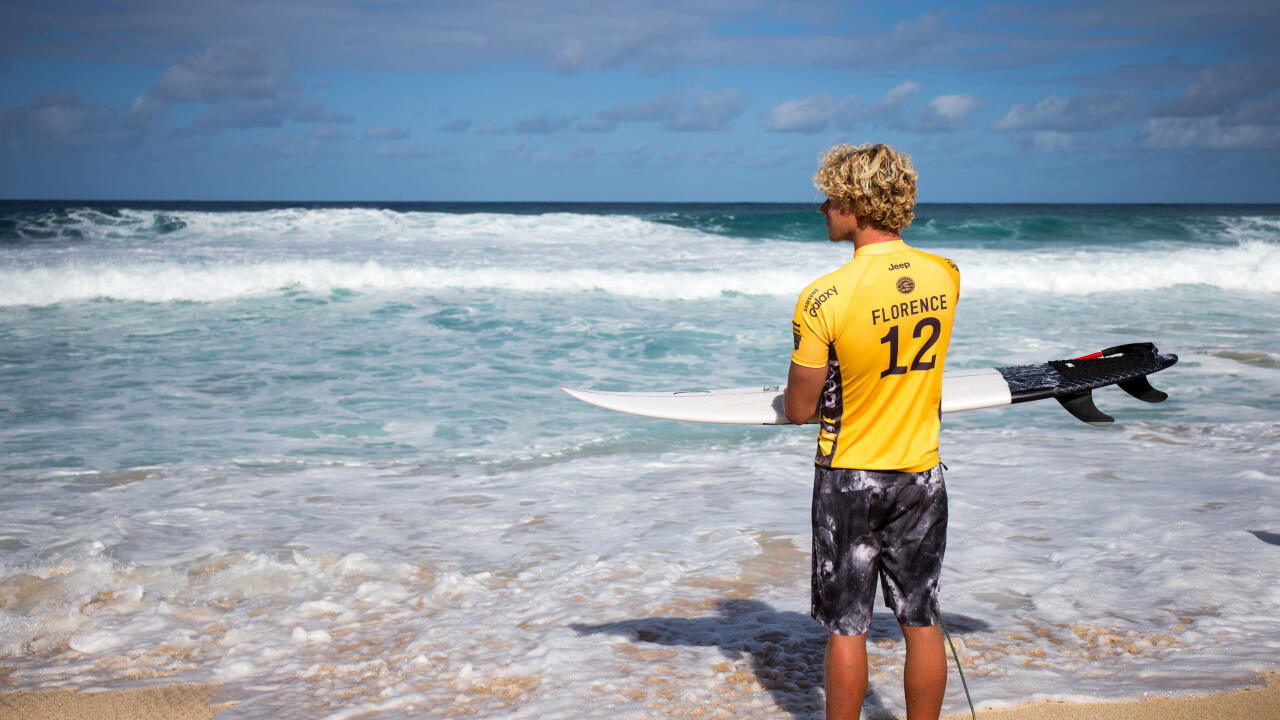 Reflecting on 2016, it's been a season of triumph, tumult and controversy with revealing glimpses into the future. Perhaps best contrasted by the perfect symmetry of Kelly Slater's wave pool and the horror and heroes at the Nazaré Challenge. But in the end it was truly John John Florence's year, taking his rightful throne as the best surfer on the planet. The king is dead, long live the king.