It's an apparent phenomenon that surfing and music somehow go hand in hand. I mean, have you ever watched a surf clip without music? It feels awkward, naked even. But even beyond pairing a song to good surf, a lot of athletes seem particularly musically-inclined. Like Tom Curren, Kelly Slater, Jack Johnson, Donavon Frankenreiter, Makua Rothman; indeed, more pro surfers than you'd think make music…and well. Perhaps it's as simple as sound being vibrations, which essentially is what waves are, too. 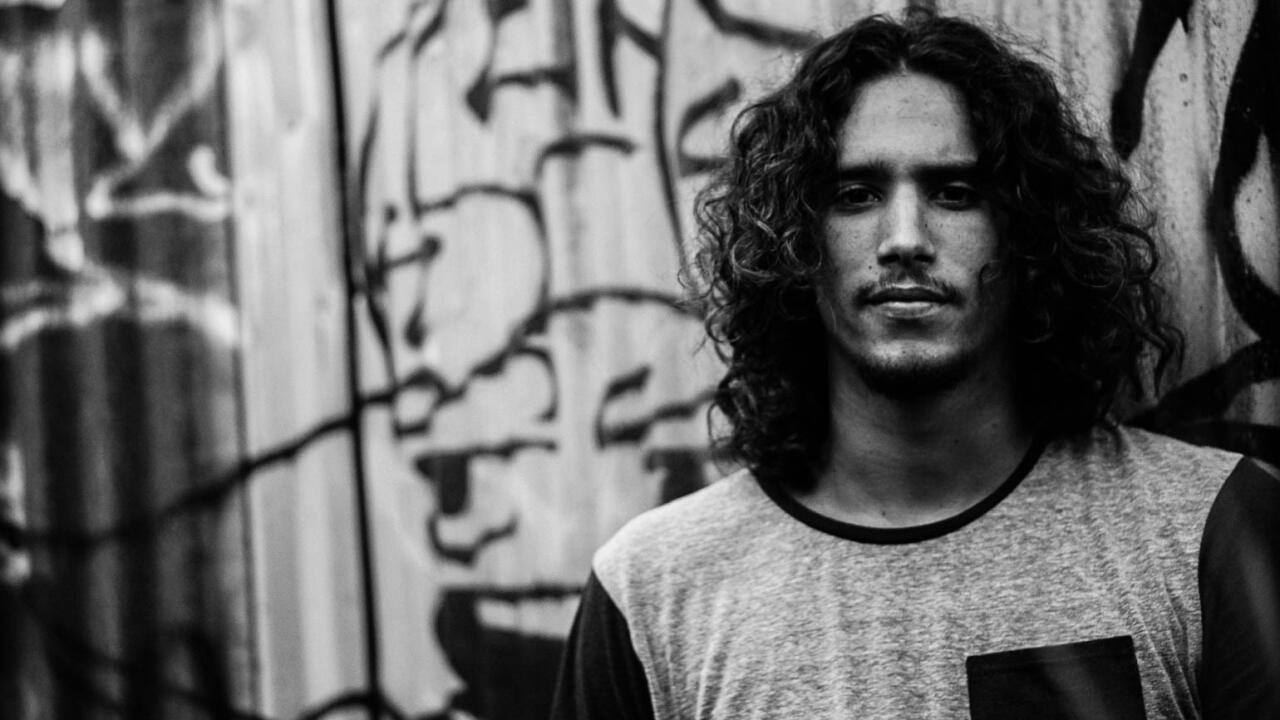 One of the most recent surfers from the North Shore of Oahu to carry the musical torch, and really raise the bar, is 20-year-old Landon McNamara. At the time of writing, Landon's debut album, A Dollar Short & a Minute Late was the No. 1 reggae album on iTunes, above Bob Marley's Legend (Remastered) and Bob Marley's Legend (Deluxe Edition). So, yeah, pretty darn good.

If Landon McNamara's name rings a bell, it's because, yes, you've heard of his work in the water. Son of Pipeline specialist Liam, nephew of modern big-wave pioneer Garrett, and brother of young North Shore pro Makai, Landon broke into our collective consciousness in 2010 at the Volcom Pipe Pro, when he took off on a certified bomb at just 13 years old. 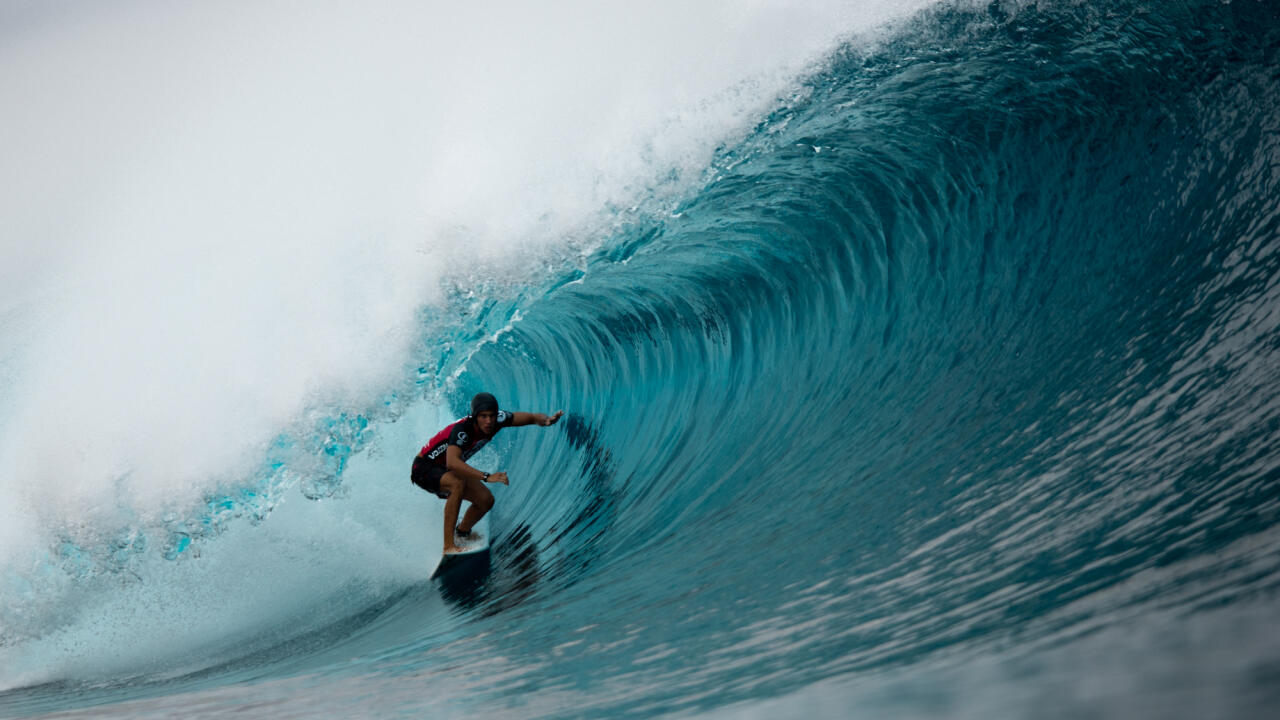 He followed that up with paddling into the biggest wave a 16-year-old has ever stroked into at Cortes Bank, and then began pushing it at Oahu outer reefs, Waimea Bay, Jaws and Teahupo'o. At 20 years old, he's currently an invitee to this year's Quiksilver Invitational in Memory of Eddie Aikau, a dream of his since he was a kid.

But curiously, right when everyone had him pegged as another big-wave charger from Hawaii, he'd lost himself in music, then reappeared with a finished album and a hit song playing on all the local stations. Within 48 hours of the first single release "Don't Go Away," the song was No. 1 on Hawaii's radio station Island 98.5, and has continued in the Top 5 on all three reggae stations in the state. We caught up with Landon amid this recent success and picked his brain about surfing's connection to music. WSL: Who has been your inspiration, musically or not, for A Dollar Short & a Minute Late?
Landon McNamara: I'd say my main inspirations have been friends and family, growing up on the North Shore and traveling. As far as actual musicians: Jimi Hendrix, Bob Marley and Jack Johnson. I think those three guys are big influences for me.

For instance, with Jimi, I loved how he performed live. I feel like if you were at his show, there must have been so much energy going through the crowd. It must have been crazy, how he let it all loose. And Bob, for his message and overall positive vibe. But his live performances looked really amazing and full of energy, too. I loved how his message got passed around the world, really. While his music is taking off, Landon continues to compete. - WSL / Laurent Masurel

Any songs on the album that you're particularly proud of?
That's a hard question [laughs]. I'm proud of the whole album and everyone who was involved in it. For me, the songs are all my little babies [laughs], you can't really choose one. I spilled out all my feelings into each one, so one doesn't mean more than the other to me.

Was there a specific point in your life when you discovered your love for music?
Somewhere along the way, I got stoked on wanting to learn music, so a friend taught me how to play a couple songs and from there, I locked myself down in our basement for a while and would just stay down there for hours to feel it out. Being alone, you learn the most about yourself, and there was a period of time when I was spending a lot of time alone learning my music, and it wasn't because I didn't want to see people, but there was something cool about that tranquility. You can learn a lot about yourself, alone with just music and no distractions. It seems like there are a lot of pro surfers that are musically inclined or have a connection to music, why do you think that is?
You know I've thought about this too and there definitely is some sort of definite connection between surfing and music and the lifestyle. I think it's just because…it's all emotions. Surfers feel connected to music and waves in similar ways. It's hard to explain the connection, but it's there, that's for sure.

How are you playing reggae differently from other artists?
I try to stay as versatile as I can. The album doesn't necessarily have one clear message, but I think there's a few, trying to be positive overall. I just hope people can find some relatable things inside of the songs, or help someone get through a bad day, or help them level out if their head gets too big [laughs].

On January 16th, a swell lit up Jaws for the world's best big wave surfers. Here are the top ten images from Saturday's swell.

Landon McNamara has a go at bodysurfing at Jaws on January 27, 2016. Video by Carlos Carbajal/Maui Media Cartel.

Sequence: Landon McNamara at Waimea Bay, Hawaii on January 8, 2016. Photos by Tyler Rock. An entry into the 2016 Paddle Award category.