Keyword: Young. Because clearly, there are hundreds of mind-blowing surfers on the Qualifying Series that you don't want to miss. But for the following list, (inspired by 17-year-old Ethan Ewing's recent Championship Tour qualification) we're focusing on young surfers in the 21-ish-and-under category that we expect huge things from in 2017.

But don't forget the other keyword: Exciting. Because that's the other reason we've picked the following QS grinders. Guys on the list like Griffin Colapinto put on a few performances last year that were definitely bigger than their britches. Or guys like Seth Moniz, who are currently dismantling their heroes at Pipe to kick off their QS campaigns.

Regardless, be on the lookout for these 8 stunners…

Griffin Colapinto's Haleiwa Hail Mary
2:54
The San Clemente standout throws his board beyond vertical to secure a huge last-minute score.

Griffin Colapinto
Age: 18
Last year's QS finish: 32nd
Why him: Energetic, stylish and not afraid to throw caution to the wind, San Clemente's Griffin Colapinto is quite possibly the USA's brightest young CT hopeful. Increasingly comfortable in a variety of surf far from his grovelly Orange County breaks (save Lowers), Griffin won last year's Pipe Pro Junior and Los Cabos Open events. Then, after a Round of 24 win, stomping that Hail Mary heard around the world at Haleiwa to punctuate his charge. At just 18, men 10 years his senior are now considering Griffin a certified threat in heats.

Yago Dora, Sending It in Oz
0:08
Yago Dora backs up his freesurf talent in a jersey at the Komunity Project Great Lakes Pro.

Yago Dora
Age: 20
Last year's QS finish: 43rd
Why him: Because maybe you had the ever-entertaining Yago Dora pegged as a freesurfing video guy. Nope. Sure, he's had awe-inspiring parts in Volcom's latest movies like True to This and Psychic Migrations, but Yago's trying to qualify, finishing within the top 50 this past year. With a dad who's actually coached Adriano de Souza to his World Title, expect Yago to translate his video flair and aerial antics into heat-winning combo strategies. 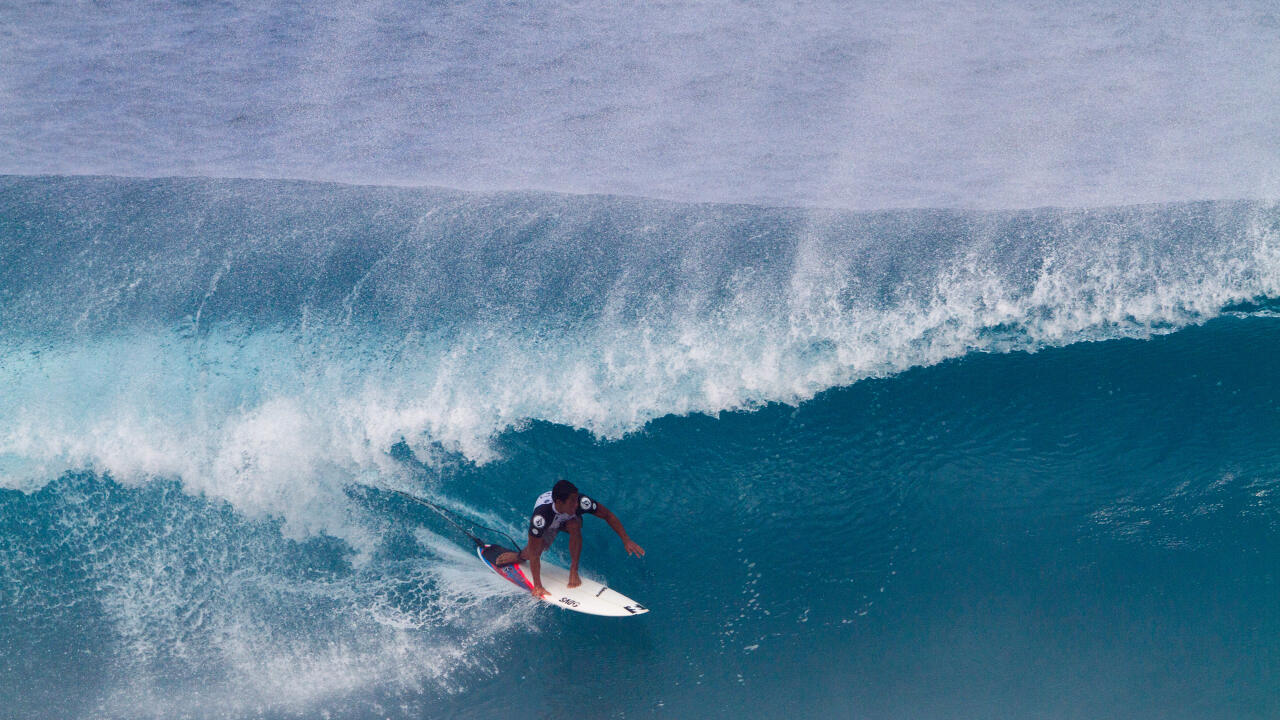 Seth Moniz, stepping it up and pushing Kelly Slater out in the 2017 Volcom Pipe Pro. - WSL / Brenden Donahue

Seth Moniz
Age: 19
Last year's QS finish: 142
Why him: Sure, his last year's finish wasn't anything to hang his hat on, but the thing is, Seth is improving at an astonishing rate. Last year was also Seth's first year dabbling on the QS, as he could barely get into any 10K or 6K events. But sparring with the likes of fellow Hawaiians Zeke Lau and brother Josh at home is definitely honing Seth's edge for the coming QS season. And if that isn't enough for you, the young man just beat Bruce Irons and Kelly Slater in the same heat at pumping 8-foot Backdoor during the Volcom Pipe Pro a couple of days ago. Yep, Victor's got a jersey on doing this full-rotation alley-oop. - WSL / Tony Heff

Victor Bernardo
Age: 19
Last year's QS finish: 39th
Why him: Considered the next big thing to come out of Brazil, Victor Bernardo has a refined and explosive style years beyond his age. Jumping from 112th in 2015 to 39th in the world last year, Victor's shaky adolescence on Tour is finally maturing. The smiley regularfooter is finally making smarter choices in heats and becoming more patient. With a 5th last year in the Chiba Open, plus a Final finish in the Pipeline Invitational recently, 2017 could be the year he turns it on. Soli Bailey, on a wave that suits him at Sunset Beach. - WSL / Ed Sloane

Soli Bailey
Age: 21
Last year's QS finish: 30th
Why him: Often below the radar but consistent and powerful, the young Aussie gets more deadly as the waves grow in size. While this isn't the key to success at most stops on the QS tour, Soli still had some great showings last year with a Semifinal finish at the Galicia Pro and a 5th in the Hang Loose 6K. Finishing super close in 2015 at 18th in the world, you better believe Soli's coming in full force for 2017.

Josh Moniz
Age: 20
Last year's QS finish: 58th
Why him: A more compact and refined version of his younger brother Seth, Josh has a never-say-die attitude, something he exhibited last year at Ballito, attempting a 6-foot-high full-rotation air in the dying seconds of the heat. He didn't pull it off, but he sure gave it hell. Able to put it together in the small stuff, too, Josh got a 5th and 9th at the start of last year in the Australian 6K events. Now that the man's had a couple years to get his feet wet on the QS, expect him to come into 2017 re-energized and ready for a win. Michael Rodrigues
Age: 22
Last year's QS finish: 31st
Why him: Another relatively underground Brazilian phenom, Michael actually finished 17th in the world in 2015, and respectably, 31st last year. Beyond that coveted QS-consistency, Rodrigues is lightening-fast and can link a CT-level turn with a boned-out air-reverse, and all in a jersey. As far as Michael qualifying it's not a question of if, but when.

Jack Robinson's Hollow Ground
4:00
Robo leads the pack when things get heavy, which he proved during the 2019 Volcom Pipe Pro.

Jack Robinson
Age: 19
Last year's QS finish: 83rd
Why him: For the past few years now, Western Australia's Jack Robinson has dropped jaws the world over for his performances in big, hollow, deadly surf. Specifically Pipeline and Teahupo'o. While that kind of talent might not equate with qualifying for the CT, if Jack chooses his battles wisely and can place in events that suit his surfing, perhaps we'll get to see what we've been hoping for since he came on the scene.