"I want to thank my Tour family and the people I travel with. There is so much love in the surfing community and I am so lucky to be a part of it. Thank you to my family, and thank you to my mom."
Tyler Wright's shout-out at the WSL Awards. "I wouldn't be here today without my dad. I'm super stoked he's here. You know, it's funny, he's trying to ween himself off the role he's been playing, and take a step back this year. It's definitely a weird transition, because it's all happening at a time where I'm getting married and that changes the role of who the number one man in my life is. It's different. It's really different."
Carissa Moore on love and learning.

"This is something that I've thought about my entire life. I want to thank my mom and dedicate this to her. It is because of my mom that I am here."
John John Florence. It seems behind every World Champion there is a dedicated mother. "I've always backed myself and believed in my surfing. Am I surprised being where I am? Well, not really. I guess I'm just surprised by how fast it's happened."
Ethan Ewing, speaking quietly but with purpose. Ewing on the way to a World Junior Title. - WSL / Ethan Smith

It's the biggest group of legit Title contenders we've ever seen on the Tour ever and I want to be part of the race."
Mick Fanning announces his return to the Tour. Mick, back where he belongs. - WSL / Kirstin Scholtz

"There are a lot of guys that are considered the best in the world, but they don't want to compete because they don't want to lose and then lose their mystique."
Makua Rothman, 2015/16 Big Wave Tour Champion, on competing at the highest level. "I'm not going to lie, this sucks. It feels like a death in the family."
Former SURFING Magazine Photo Editor Pete Taras on the demise of the magazine. 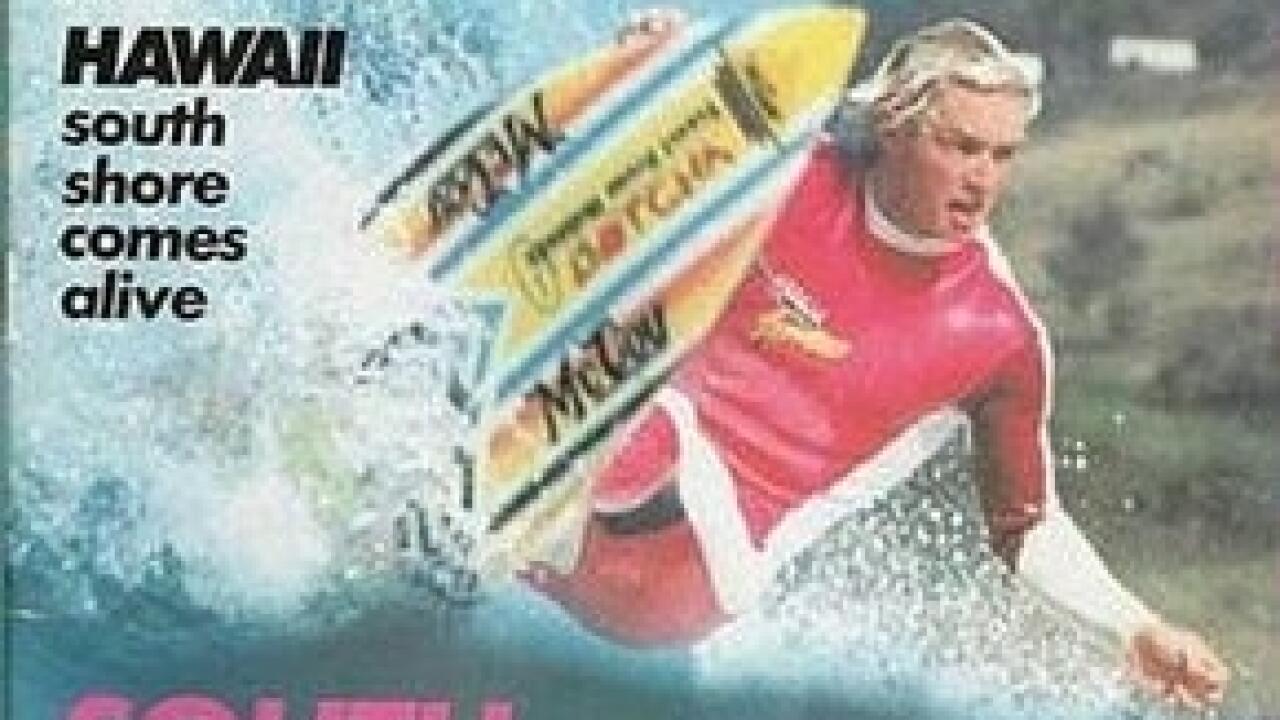 "The big clean days are what everyone is waiting for. Everyone is paddling the big swells now, tow teams have pretty much become extinct here."
Canary Island photographer Ehedy Ginory talks through the latest weather bomb that hit the Atlantic. 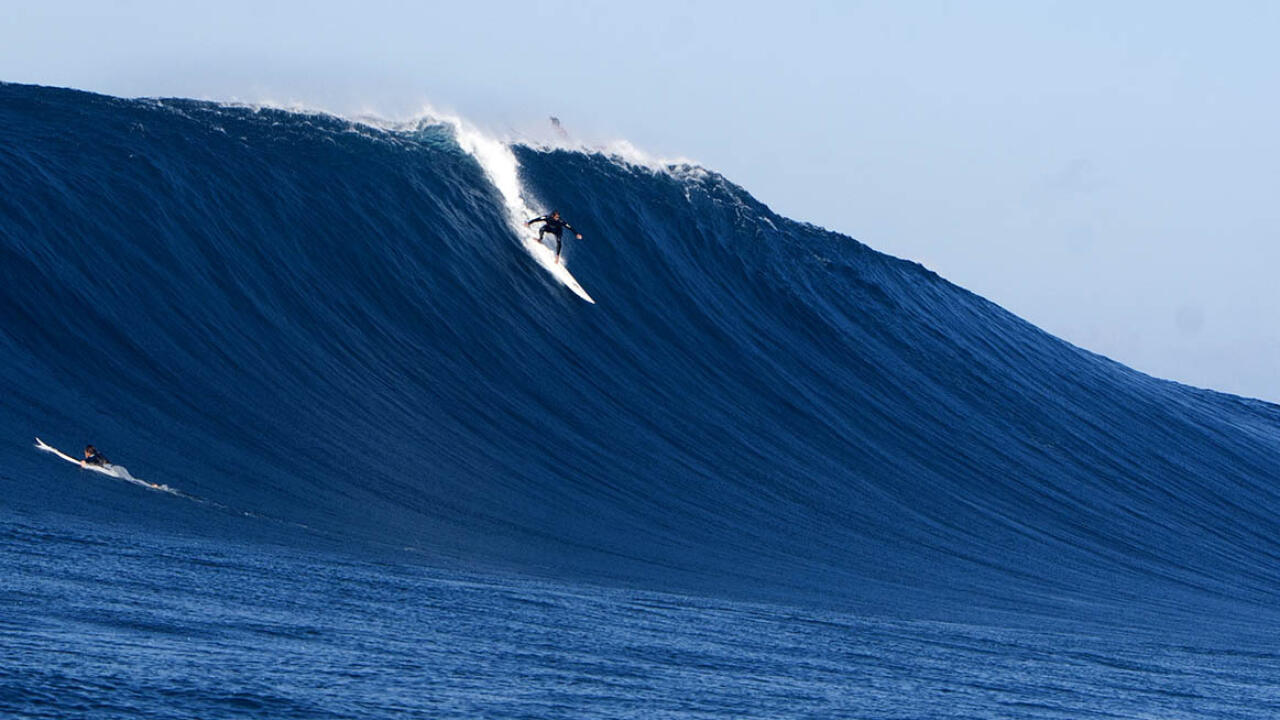 Manuel Lescano under his own steam in the Canaries. - WSL / Ehedey Ginory

"The difference between life or death depends on whether you relax, or if you crack under pressure and start panicking."
Garrett McNamara from the Tag Heuer "Don't Crack Under Pressure" feature.

Don't Crack Under Pressure.
3:19
Some of the world's top big wave riders describe their worst wipeouts.

"There is no doubt that this has been the hardest year of my life, a real rollercoaster ride. Now I'm through the bad and on the other side of it. I feel better, stronger and really excited to have this rash-shirt on and competing again."
Owen Wright on his comeback after a year-long layoff due to a head injury. "I've probably been the only guy that has consistently said that if it's not 10-foot, then I'm not getting out of bed." Big-wave filmer Tim Bonython needs a special kind of alarm clock. 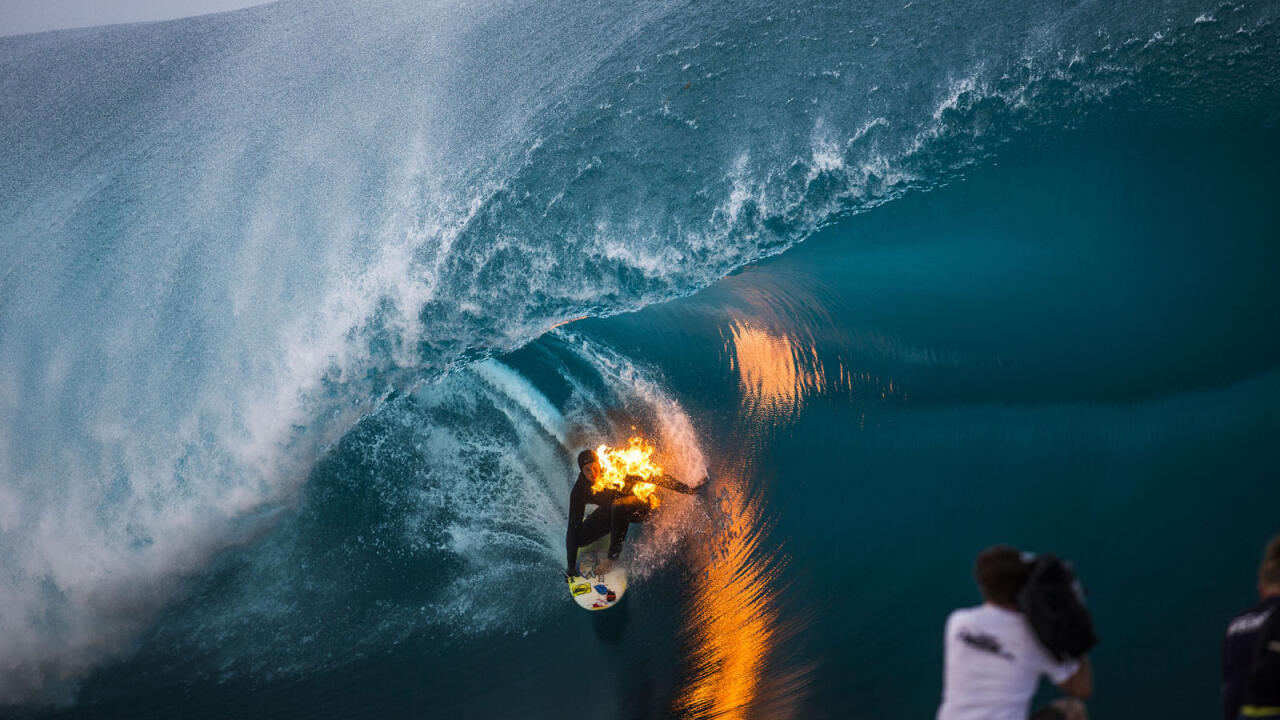 Bonython, out of bed and in the channel filming Jamie O'Brien at Teahupo'o. - WSL / Brent Bielmann