Fresh off a win last week in Rangiroa, Heremoana Luciani (PYF) asserted his dominance today at the Papara Pro Open Tahiti, a World Surf League (WSL) Men's Qualifying Series (QS) 1,000 event after advancing through two rounds. With local knowledge playing in his favor plus years of experience surfing beach breaks in France, Luciani advanced from Round One Heat 2 with a combined heat total of 13.23 (out of a possible 20) and matched up with one of the most powerful surfers in Hawaiian history, Sunny Garcia (HAW) in Round Two.

Despite feeling under the weather, Luciani scored an excellent 8.0 in Round Two Heat 3 for two massive turns on his backside, and played catch up to Keoni Yan (HAW) who posted an 8.83 on his opening ride.

"It was a good wave, only two maneuvers, but was a good wave," said Luciani. "I'm really tired, but just focused on what maneuver I make on the wave… I'm a little bit sick today, but I just focus on surfing, rest and get well, cheer with the boys and all good." Heremoana ruled the lineup and moved closer to securing another win. - WSL / Rolland

Luciani tallied the most waves during the 25-minute heat, but Yan pulled ahead after recording a backup 6.17. Unable to find the scores needed to advance, Garcia and Christopher Bluthardt (HAW) dropped out of the competition.

The Tahitian surfers stole the show today as Papara local Mihimana Braye (PYF) nabbed the only 9-point ride of the Men's QS1,000 division. Braye was in-form during Round Two Heat 1 and got technical with a solid turn followed by a backside 360 aerial maneuver that prompted cheers from the beach crowd. "I saw this wave coming with a little double up, a right," said Braye. "I looked, I went down, boom made a turn and then saw it was going to close out so I went big. I went for the big air and I landed so I am stoked to get this 9-point."

Braye, 21, is laser focused on qualifying for the WSL Championship Tour (CT) this year and is chasing as many QS6,000 and 10,000's as possible. But the Papara Pro Open Tahiti just happens to be at his home break, so he is taking advantage of the competitive opportunity.

"I was in Australia before, I got 9th in the Australian Open of Surfing QS6,000 so I am focusing to qualify for the CT," said Braye. "I am not focusing to surf the little contests, but it is good because it is at home and it's good to get the rhythm. After this one I'm going to train for two months and then I'm going to Japan for the QS6,000 and then Ballito for the first Prime (QS10,000) of the year." 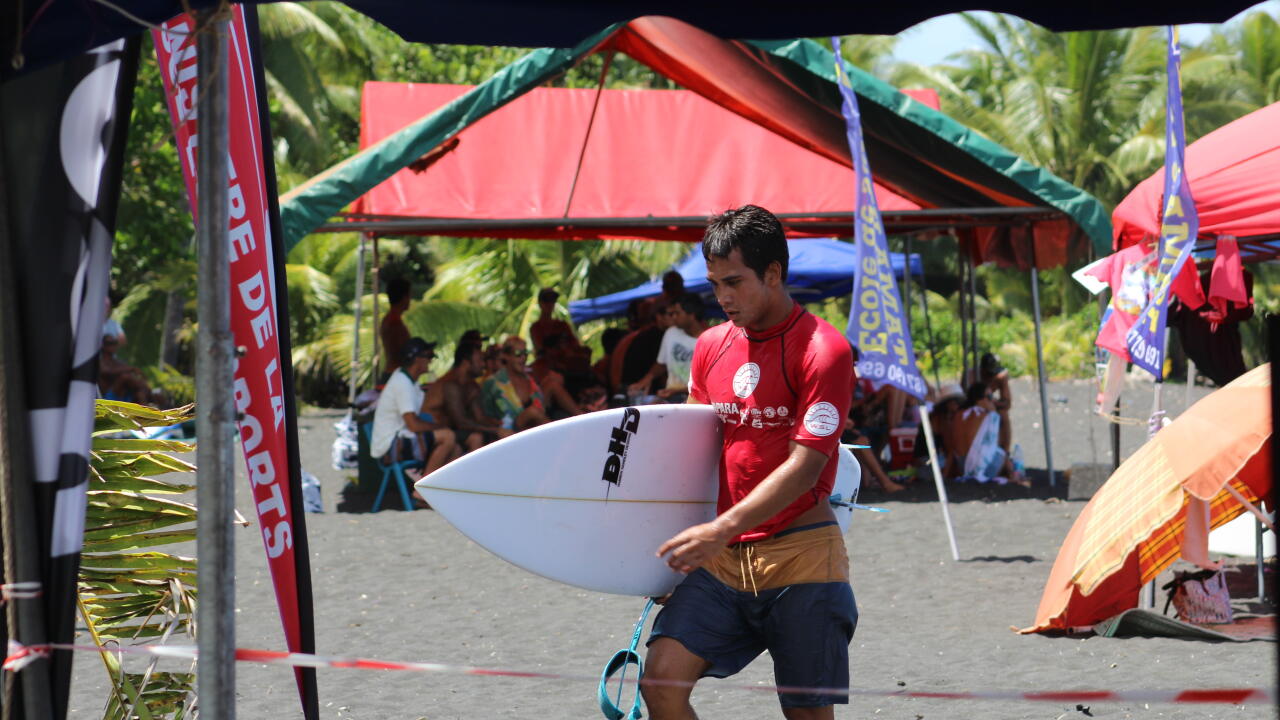 Fourteen Hawaii athletes advanced to Round 3 today including standout performer Barron Mamiya who had the second best heat total of the day, a 15.10 behind Braye's 17.66, and Elijah Gates who nabbed an excellent 8.23 and Hail Mary air in Round 2 to advance in second behind Mamiya.

Motivated at the prospect of another podium finish, Maui's Olamana Eleogram had a good showing in Round 2 and triggered his campaign at Papara with a 6.50 on his opening ride. He continued the momentum and backed it up with a 7.33 to knock friend and fellow competitor Hira Teriinatoofa (PYF) to the second advancing position. "I was definitely scared going against Hira," said Eleogram. "I went to a barbeque at his house the other day and we saw that we were in the same heat so I was like ‘oh it's going to be a good heat.' I've been surfing with him since I was 18 years old in QS's in France so I've known how good he is and respect his surfing, so I was just stoked to make it through with him."

Teriinatoofa managed to find an excellent 8.00 ride in the dying minutes of the heat, which was no surprise considering he was raised five minutes away from Taharu‘u Beach and considers Papara home. But going against Eleogram, who finished Runner Up last week at the Air Tahiti Rangiroa Pro, Teriinatoofa had to tap into his veteran expertise to secure a slot into the next round. "It was stressful for sure, but I was just thinking about my knowledge here," said Hira. "I surf here every day so I have to get him on the good waves. I know those kinds of things always come to your head, but you have to clear your mind and surf, otherwise you lose everything."

The combined region of WSL Hawaii/Tahiti Nui helps inspire camaraderie and cultivate relationships in the island nations, to ultimately celebrate the sport of surfing. The friendly rivalry between Teriinatoofa and Eleogram can be seen throughout the region and is a testament to the shared respect between Hawaii and Tahiti Nui.