Macy Callaghan makes it look so easy. Becoming World Junior Champion in January. Topping the Australasia Qualifying Series (QS) so far this season. And doing double-duty across two tours -- the Juniors and the QS -- to keep her game sharp. Macy makes it look so easy, in fact, that it can be tough to remember that she's only 16. Callaghan's win at the World Junior Championship was only the beginning of what's becoming a banner year for the Australian. - WSL / Kelly Cestari

Callaghan, who cut her surfing teeth in the waves of Shelly Beach, on Australia's Central Coast, is well aware of her youth. But that doesn't mean she isn't gunning for success. In a Q&A with the World Surf League, she revealed some of the secret sauce that has led her to a whopping four contest wins so far this year. What was it like becoming the World Junior Champion? Has it changed anything specific for you? Macy: It was a big surprise! I definitely knew I could win and I went into the comp with some expectations, but I really just wanted to prove myself and show people that I deserved to be there. The win gave me a lot of confidence going into the new year, and I'm feeling really good going into the next few events.

What kind of work are you doing behind the scenes?
I put in a lot of effort both in and out of the water. I have been working in the gym with a close friend from home and also at the HPC up the coast, and I can really see the improvement in my surfing and body. I have also tweaked my diet and added some supplements so that I can keep going when we have a big period of comps. A day or so after winning Maroubra's Carve Pro, Callaghan headed south to the Subway Pro Junior Cronulla, a Junior 1,000, to conquer again. Parko is a fan. - WSL / Ethan Smith

Are you working with a coach and/or a mentor? If so, who? How are they helping you, specifically?
My dad is definitely my main coach and biggest supporter, he has been by my side through thick and thin and is constantly pushing me. I also have done a lot of work with Matt Grainger [of the Manly Surf School] down in Manly. This year I have started to work with [former Championship Tour surfer] Kate Skarratt. She has been a great mentor and influence. She has really helped me develop my surfing, but also helped me become a better version of myself. I have also been working with Clancy Dawson and Mick Cain on the more technical and progressive side of my surfing.

So far this year, you've been doing double-duty between the QS and the Junior Tour. Why are you doing both? What is your biggest goal of the year?
I mean I'm only 16, so doing both is just really because I'm still young. I don't want to give up the juniors up yet because its a great stepping stone and good practice for the bigger events. 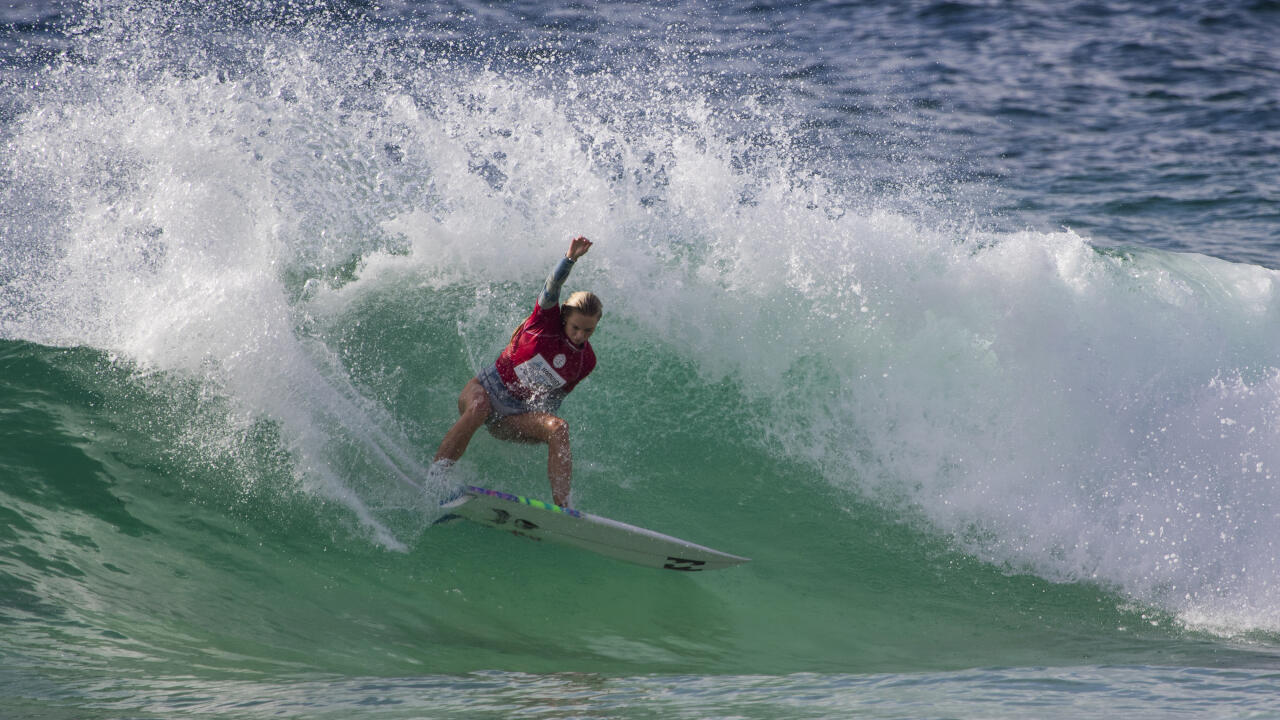 What's your biggest fear in life (in or out of the water)?
Being stuck in middle of the sea.