To hold the No. 1 spot in your region come year's end has big rewards that come with it -- and we're not talking about the cool trophy. Top ranked surfers within each of the seven regions earn the right to compete at the biggest stage the QS has to offer the following year and fight for a chance to stay there after reseeding is done mid-year. With three events down and one beginning today, April 11, 18-year-old Jordy Collins currently holds that position.

Collins emerged as a threat to the QS late last year in Costa Rica and has returned with that same form in 2017 thus far. The Carlsbad, California surfer earned runner-up at the Ron Jon Vans Pro 1,000 and a Quarterfinals appearance at the Jack's Pro 1,500 just over a week ago. Now, Collins has the opportunity to widened the gap between him and No. 2, last year's North America Regional Champion Kilian Garland. After today's performance in Round One at the Barbados Surf Pro QS3,000, Collins is on his way to doing just that. WSL caught up with the 18-year-old on the shores of Barbados where he's into Round Two.

WSL: Tell us a little about your aspirations as a kid? Was this what you always envisioned?
Jordy Collins: I've always dreamed of being a pro surfer. I was looking through some old school books from first grade where we had to write out different sentences with different punctuation and every sentence was about me being a surfer (laughs) pretty classic. This job is one of the best jobs you can have for sure. But it's not always a cake walk, it's hard leaving home and friends and family all the time and constantly being on the road. 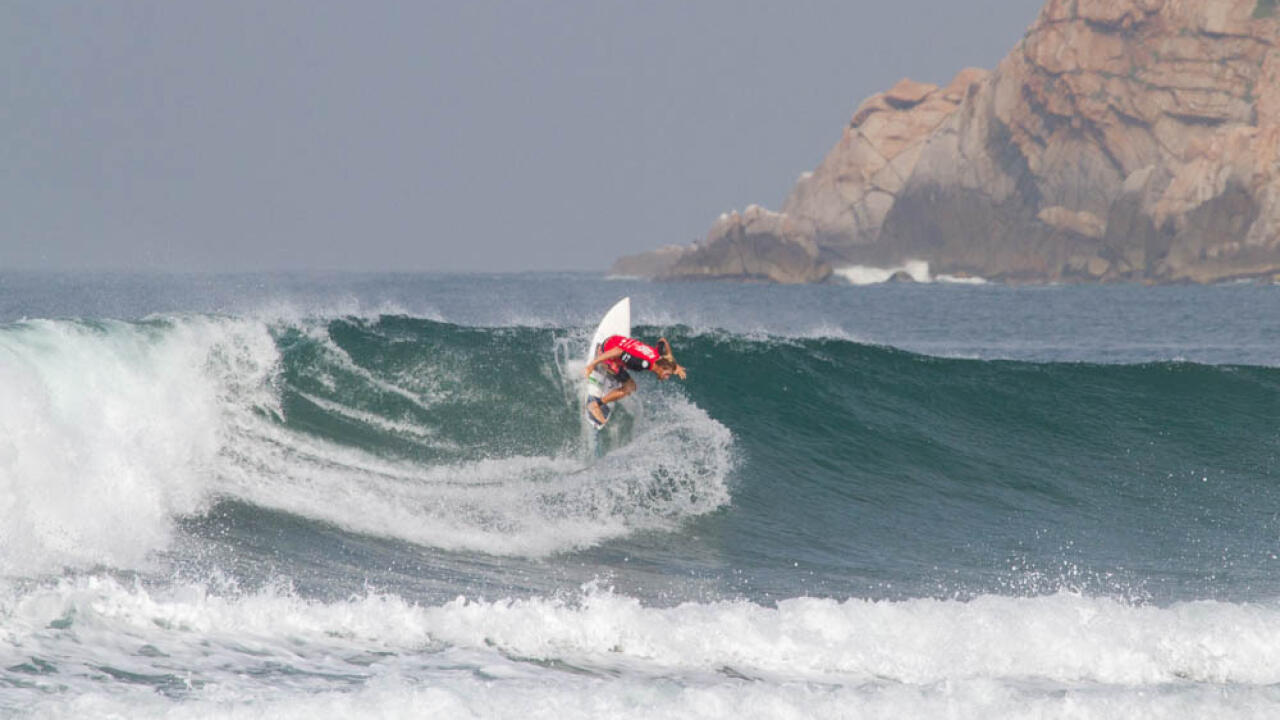 From his first multiple QS event season in 2016, to now leading North America in 2017, Collins' learning curve has been a steep one. - WSL / Chris Ramirez and Elias Miranda

And now you're in the No. 1 spot, what's going through your head being in this position?
It's an interesting place being ranked number one in the region right now. I never even thought of seeing myself here so it kinda came as a surprise. As far as fending people off I'm not even really thinking about it. Just focusing on each event as it comes not going to change my game plan just because I'm in first. But still, it's definitely a sick spot to be in and just seeing my name in the number one spot is a big confidence booster.

It's an interesting place being ranked number one...I never even thought of seeing myself here. I'm definitely excited to be competing in a QS3,000...it's the first one I've done this year so I'm amped.

How good is it to be back in Barbados, but now for a history-making QS on a different coast? I'm super stoked to be back this place. It's full of good vibes, amazing people, and fun waves. It makes it feel more like a freesurf trip than a competition, but I'm definitely excited to be competing in a QS3,000 over here. It's the first one I've done this year so I'm amped. I've always stayed close to Soup Bowl though so it's kinda my first time exploring the other side of the island and experiencing new waves over here. Collins has his eyes set on the dream and is gaining the experience early on to make it happen. - WSL / John W. Ferguson

What would it mean for you to pull a win here this early in your career? To win this event would be absolutely insane, but I'm really not thinking about that at the moment though. I'm just going to take it one heat at a time. There's a lot of amazing guys in this event and all of them could easily win. It definitely won't be easy and it's going to be a long event starting in Round One, but all good -- I'm just stoked for this opportunity.

Watch Jordy Collins and some of the QS's best gun for the inaugural Barbados Surf Pro QS3,000 April 11 - 16.