The Komune Pool might be the best spot to take in all the action from Keramas. - WSL / Scott Hammond

Day two of the Komune Bali Pro presented by The Mad Hueys woke up to thumping, six-foot barrels at the world-famous righthander of Keramas. The surf was firing and the competitors were excited to hit the lineup and test themselves in the epic conditions on offer.

Toby Mossop from the Gold Coast was in the perfect spot for the wave of the day in Heat 2. The stylish naturalfooter stroked into a solid wave, pulled into the tube and disappeared behind the curtain -- it looked as if he might not make it -- then suddenly he came flying out. The judges didn't hesitate to award him a perfect 10-point ride. 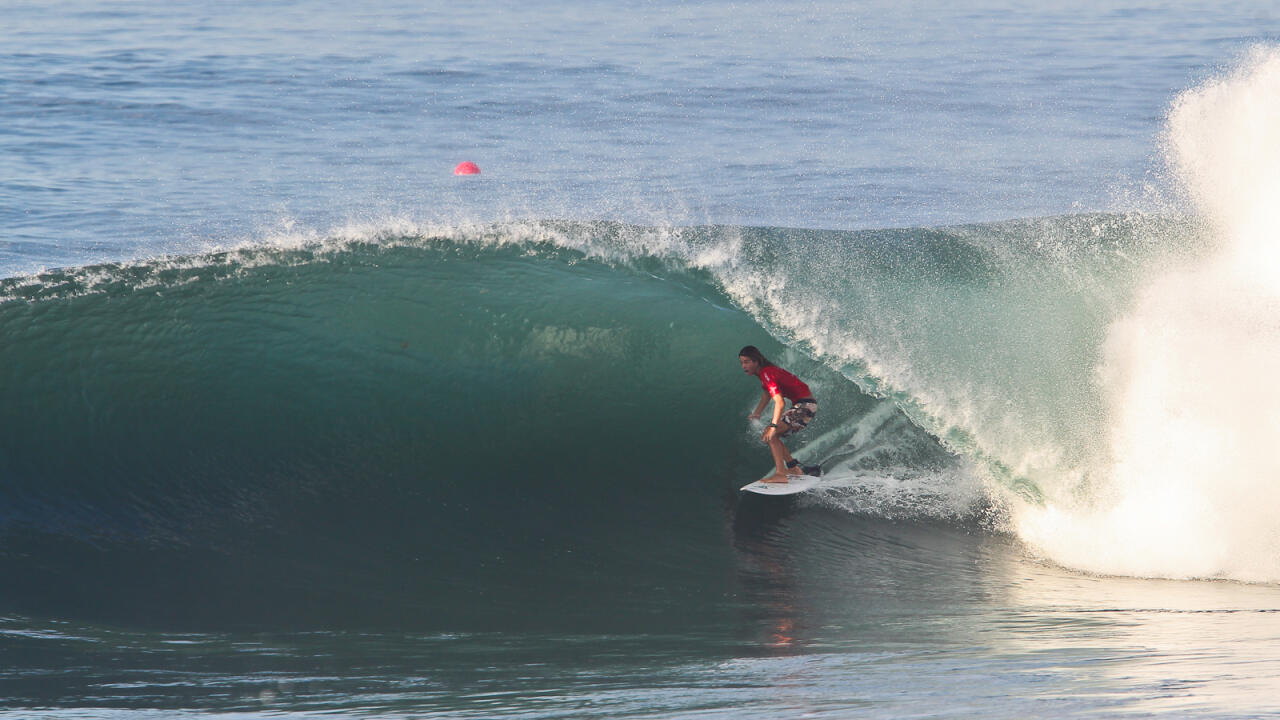 "I saw a bomb coming through and I was in the spot so I just went for it," Mossop said. "Scoring a wave like that and getting a 10 for it is pretty much the best feeling ever. I have never scored a 10 in my life, so I think I'll remember that wave forever. It's been a great couple of events in Indonesia, I'm definitely coming back."

Braiden Maither from Maui scored the best backside tube of the day, dropping into a solid wave, set up with a deep bottom turn and then stalled and pulled into an absolute draining barrel. "We are scoring good waves here," Maither said. "It's about four-to-five foot, with a couple super clean barrels. It can be hard on your backhand, but still so much fun. It's the sickest scene here, sitting in the pool waiting for your heat then going out and getting a few barrels."

Nathan Webster and Dede Suryana advanced in first and second positions today in heat that saw a massive lull at the start then a flurry of waves in the dying minutes. Webster, a former Championship Tour (CT) surfer, scored the wave of the heat with a clean and dreamy tube ride that was rewarded with an 8.50 out of a possible 10. Dede Suryana is a former winner at the Komune Pro and he'll be looking to go again in 2017. - WSL / Tim Hain

"That heat was tough -- it was so slow at the start," Suryana said. "Nathan was lucky to be in the spot for that barrel -- I really wanted that wave. I love this event, I won it a few years ago and I'd love to do it again."

Mitch Parkinson locked in a massive 9.75 for a lofty alley-oop to take an easy heat win and advance into the next round with fellow Australian Max Kearny, who advanced in second position. Parkinson has been an aerial standout in both of his Komune Bali Pro heats and will be one to watch in the business end of the event. 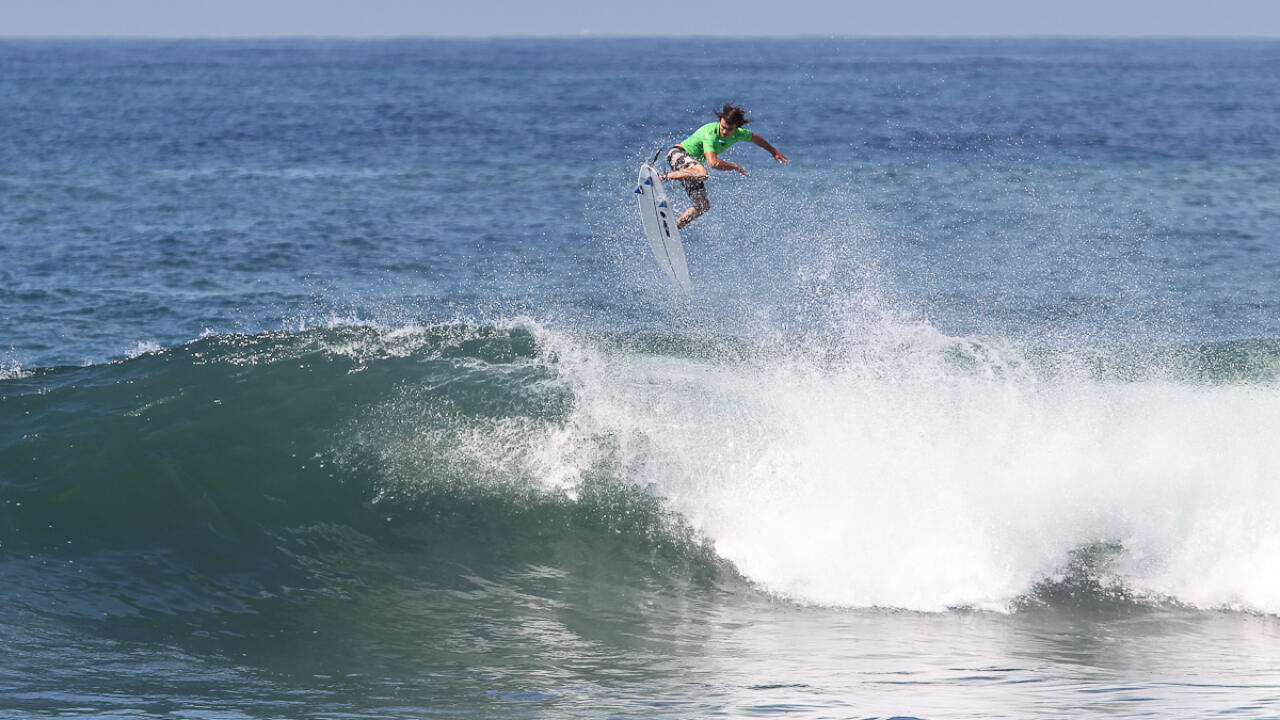 While the light on-shores puffed up, barrels became less of an option, which Mitch Parkinson didn't seem to mind. - WSL / Tim Hain

"I saw this section coming and I was thinking about going for a big turn, then I changed my mind and went for an air," Parkinson said. "It felt really nice, I don't usually do alley-oops, so I didn't know what the score would be. I'm just stoked to make another heat to surf out there again when it's uncrowded." 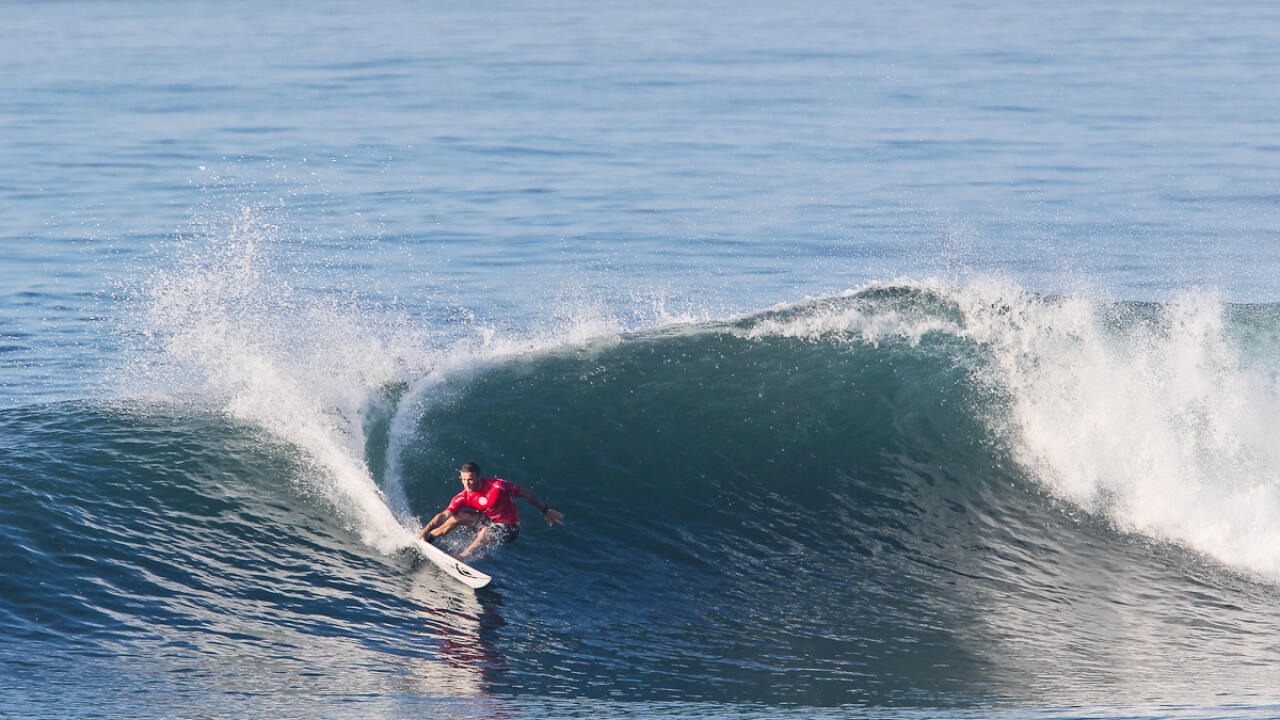