Brent Dorrington made his first trip to Bali in his early teens and his affinity for the wave at Keramas shows. - WSL / Scott Hammond

Keramas was on fire for finals morning of the Komune Bali ProKomune Bali Pro pres. by The Mad Hueys, with only seven heats needed to run through the Quarters, Semis and Final to crown a champion. The eight surfers left in the draw were gifted the best conditions of the event so far, with flawless 4 - 5 foot tubes on offer, but it was Coolangatta's Brent Dorrington who reigned supreme to claim the event title and the Golden Shoe trophy.

The 35-minute Final saw an arm wrestle between Dorrington and Rio Waida, both exchanging tubes and the lead. Conditions held up and continued to pump out the goods. The winner would be decided by who used their priority to pick the waves that allowed sections for combinations of tubes and turns. Experience paid off and the longtime Qualifying Series (QS) surfer took the win over the young Indonesian. The finalists cooling off in the Komune Pool after a hard day ripping Keramas to shreds. - WSL / Scott Hammond

"Wow! What a day!," Dorrington said. "This is one contest I have always wanted to win, it's at one of my favorite waves, it's sponsored by The Mad Hueys and I have all my best mates here for my brother's Buck Party tonight. Rio had me there for a while, I thought it was all over, but I was able to come back and get the win. Now it's time to celebrate."

Sixteen-year-old Rio Waida was a standout all event, but was forced to settle for 2nd place as he unfortunately peaked too early in their Semifinal win over Sebastian Zietz. This is a big result for Waida, his best result on the QS so far, and he will take the confidence into the remaining QS and junior events in the 2017 season. Groing up in Indonesia, Rio Waida has spent more time behind the curtain than most his age and it shows. - WSL / Scott Hammond

"This event has been incredible I have learned so much," Waida said. "I can't wait to come back next year and hopefully go one place better. I had heats against CT guys and I won, it's a dream come true I still cannot believe it."

Adriano de Souza, the 2015 World Champion and Komune Bali Pro No. 1 seed, started the morning off with a bang, scoring a perfect 20 out of 20 heat in his Quarterfinal win over Shane Holmes. In the Semis Adriano held the lead for 29 minutes, but with 10 seconds to go, Dorrington scored a near-perfect ride to steal the win and send the No. 1 seed home with an equal 3rd-place finish. Adriano de Souza scored a perfect 20 in the Quarterfinals and will be looking to carry this form into the CT in Brazil next month. - WSL / Scott Hammond

"He deserved the score on that wave -- I was watching from the inside and saw the whole thing," De Souza said. "I wanted to make the Final, I kind of wish it was a 25-minute heat, but well done to Brent -- he was ripping. I had a great time at this event, I'm so glad I came. It's been so much fun, I scored my first-ever perfect 20 heat and now I'm excited to go home to Brazil for the CT. I will be back next year for sure."

Sebastian Zietz stormed through the Quarterfinals with a near-perfect 9.63 and a 6.67 to take a win over the last remaining goofyfooter, Nick Vasicek . But the powerful Hawaiian and No. 2 seed of the Komune Bali Pro was unable to overcome a raging Rio Waida in the Semis. 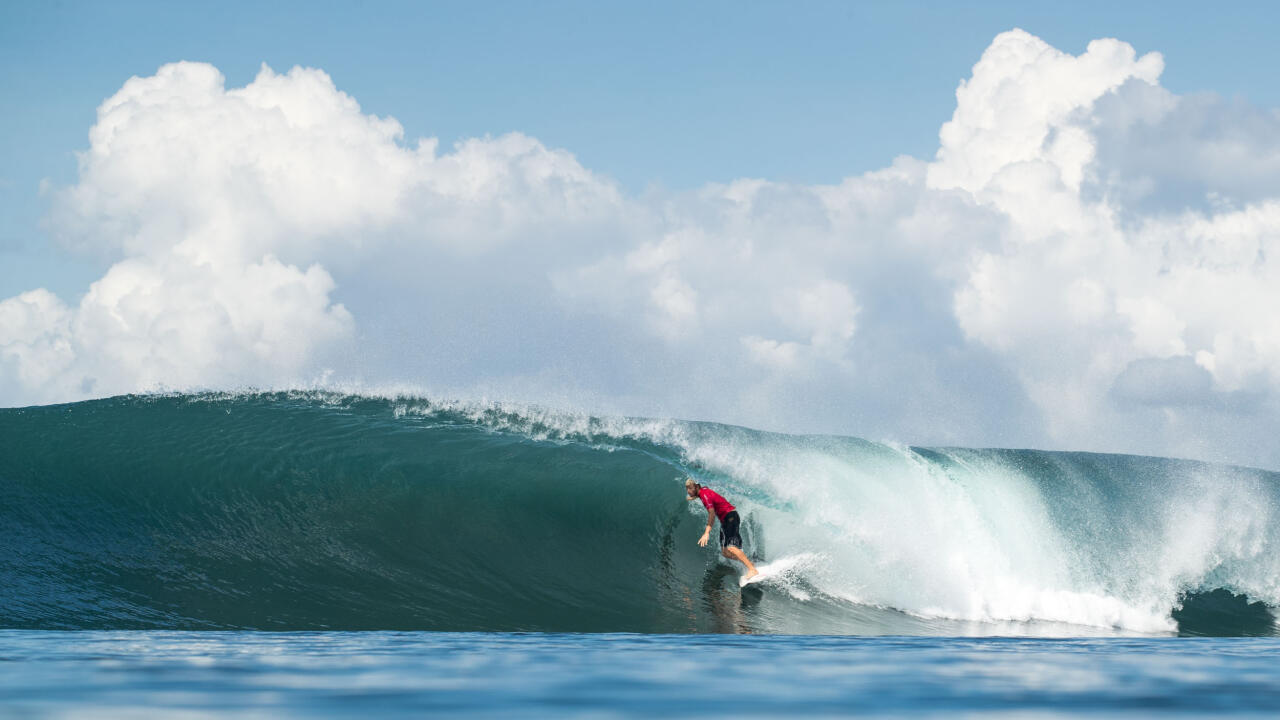 "I really wanted to make the Final but Rio was just in the spot for all the bombs," Zietz said. "I am so glad I came here we have absolutely scored perfect waves and we have two really good surfers in the Final. Thanks to Komune for hosting this event, it's been unreal."

Sitting at the top of the Challenger Series rankings, Indonesian Olympian Rio Waida looks for a possible three-peat next week at the VANS