After another massive day of action a Shida Point just to the south of Tokyo, the Quarterfinalists have been decided for the Gotcha Ichinomiya Chiba Open Women's QS3,000. With a slight increase in swell, the event ran through women's Rounds two and three with Round One of the men's QS6,000 was completed.

Australia's Philippa Anderson is fresh off a Qualifying Series (QS) victory in the Philippines just over a week ago. Currently sitting at 6th on the QS rankings, Anderson is looking forward to another good result here, as she locked in a Quarterfinals spot on her first visit to Japan. 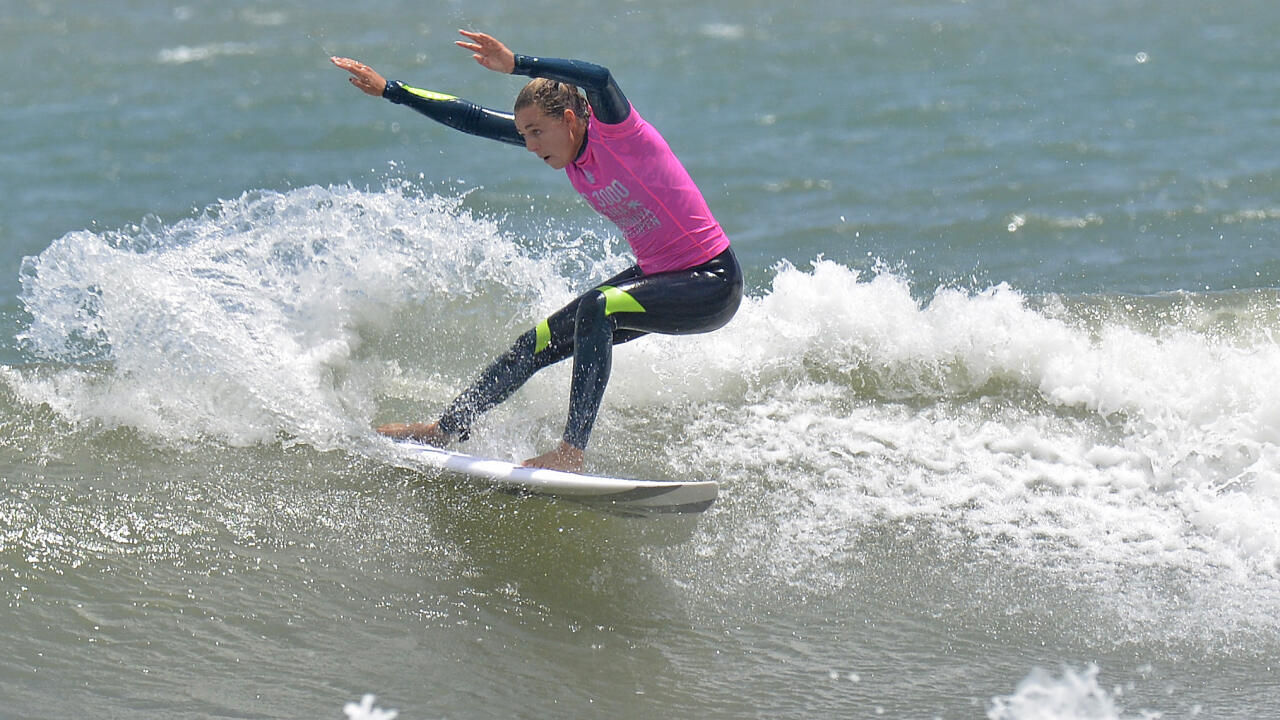 Philippa Anderson on her way to the Quarterfinals at the Ichonomiya Chiba Open. - WSL / Steve Robertson

"It's my first time in Japan and I'm absolutely loving it here," Anderson said. "The food, the people and the whole atmosphere is fantastic and I'm enjoying the waves as well. I'm hoping we get the bigger waves for the Quarterfinals as forecasted -- I can't wait."

Minori Kawai led the impressive local charge by winning her Round Three heat to also advance to the Quarterfinals. "I'm excited to make the Quarterfinals," Kawai said. "It's a great opportunity for me to advance my ranking on the Qualifying Series and I'm looking forward to my next heat."

Kawai was joined in the Quarters by fellow Japanese surfer Hinako Kurokawa, who advanced in 2nd place in Round Three. Dimity Stoyle wrapping back into the Quarterfinals. - WSL / Steve Robertson

French surfer Paul Cesar Distinguin put on an impressive display of backhand surfing to win his Round One heat. His powerful turns earned him an excellent 8.00-point ride in his tally as he progresses into Round Two.

Australia's Jacob Willcox was also impressive using both his on-face vertical turns and aerial skills to good effect to lock himself a spot in Round Two. "I feel good knowing I can score from power turns or if necessary going to aerial moves," Willcox said. "You never know what will happen on these waves after take-off so it's important to adapt to the conditions -- I'm hoping it's a little bigger for tomorrow's Round Three."