The 2017 Australia / Oceania Junior Qualifying Series is a wrap after another hugely successful season. Eight events were run and won at some of Australia's most iconic surfing locations with record numbers of competitors in attendance, making it one of the most hotly contested seasons to date.

The JQS is the first stepping-stone put in place to develop the next crop of elite competitive surfers. It gives surfers 18-and-under a platform to not only develop their skills and taste international competition, but to enjoy travelling to surf events and make friends from all corners of the globe.

One of the most important features of the JQS is that the top 4 men and 2 women from each WSL region earn a spot to compete for a World Junior Championship. The 2017 WJC will be held in January in Kiama, Southern NSW. This is a huge event on the WSL calendar and has produced past champions including the likes of Joel Parkinson, Gabriel Medina, Adriano de Souza, Jack Freestone andLaura Enever to name a few.

Taking out the 2017 Australia / Oceania Men's JQS with a dominating performance was Sunshine Coaster Reef HeazlewoodReef Heazlewood. Heazlewood's solid season included three event wins as he juggled the JQS and QS simultaneously. After finishing equal 5th at the 2016 WJC, the stylish goofy-footer will be hoping to go all the way to No. 1 at the 2017 event. Reef Heazlewood was a standout on the 2017 JQS winning three of the eight events. - WSL / Tom Bennett

"I'm so stoked to win the regional JQS," Heazlewood said. "It was my main goal this year and it feels great to achieve that. The JQS is amazing, it's so good for the juniors to get that experience of surfing back-to-back events and aiming for a title while travelling to different locations. It's great preparation for the Qualifying Series (QS) and beyond. It's been a great 2017 so far, I'm over the moon."

Winning the Women's series was 13-year-old NSW North Coast ProdigyZahli Kelly Zahli Kelly. Kelly took out the NIB Pro Junior in Newcastle and Subway Surf Series in Avoca along with several more solid results to take the top spot. Kelly has now solidified herself as one of the youngest competitors at the 2017 WJC. At only 13-years-of-age it is safe to say Zahli Kelly will be the youngest competitor at the WJC. Maybe ever? - WSL / Tom Bennett

"This has been an amazing year for me," Kelly said. "I definitely didn't expect to take out the entire series this season. I'm really excited to head to the WJC, I never thought it would be something I'd achieve this year."

After holding the series lead until the final event of the season, Alyssa Lock took the second qualifying spot for the Women's WJC. Lock had an impressive year winning the Subway Surf Series in Trigg, WA along with a number of other finals appearances. Alyssa Lock made a last minute decision to surf on the JQS and it has paid off as she finds herself in the mix for the WJC. - WSL / Tom Bennett

"I'm so grateful to have had the year I have so far," Lock said. "To finish in the top two and make it to the WJC is amazing, it will be my first time competing there. Initially I wasn't going to do any JQS events and then I changed my mind, which turned out to be a good move as I get to heard to the WJC now. It's going to be awesome to surf against all of the international's in Kiama, I can't wait for that experience."

Finishing in second spot on the Men's was Lennox Head's Mikey McDonagh. The powerful natural-footer took an event win at the season opening Subway Surf Series Bells Beach to set up a stellar season on the JQS. 15-year-old McDonagh will head to the WJC in Kiama for the first time and will no doubt be a standout against his international opponents. Mikey McDonagh is a name to remeber finishing runner-up on the JQS at only 15. - WSL / Tom Bennett

"I really enjoyed it competing on the JQS this year," McDonagh said. "It was an intense couple of months competing amongst one of the craziest talent pools. It was always a challenge coming into every single event, which made for a great series. The JQS is really important for junior surfers, it's a great pathway to competitive success and also to compete and measure yourself against the best junior surfers in your region. Finishing second is amazing and I can't wait to compete against an international field. I will do my best to keep the title in Australia."

Third place on the Men's Rankings is Central Coast dynamo Sandon Whittaker. The explosive goofy-foot was awarded a wildcard into the 2016 WJC where he managed to make it to Round 3. With another year of competitive experience under his belt, Whittaker will be sure to turn heads at the 2017 event. 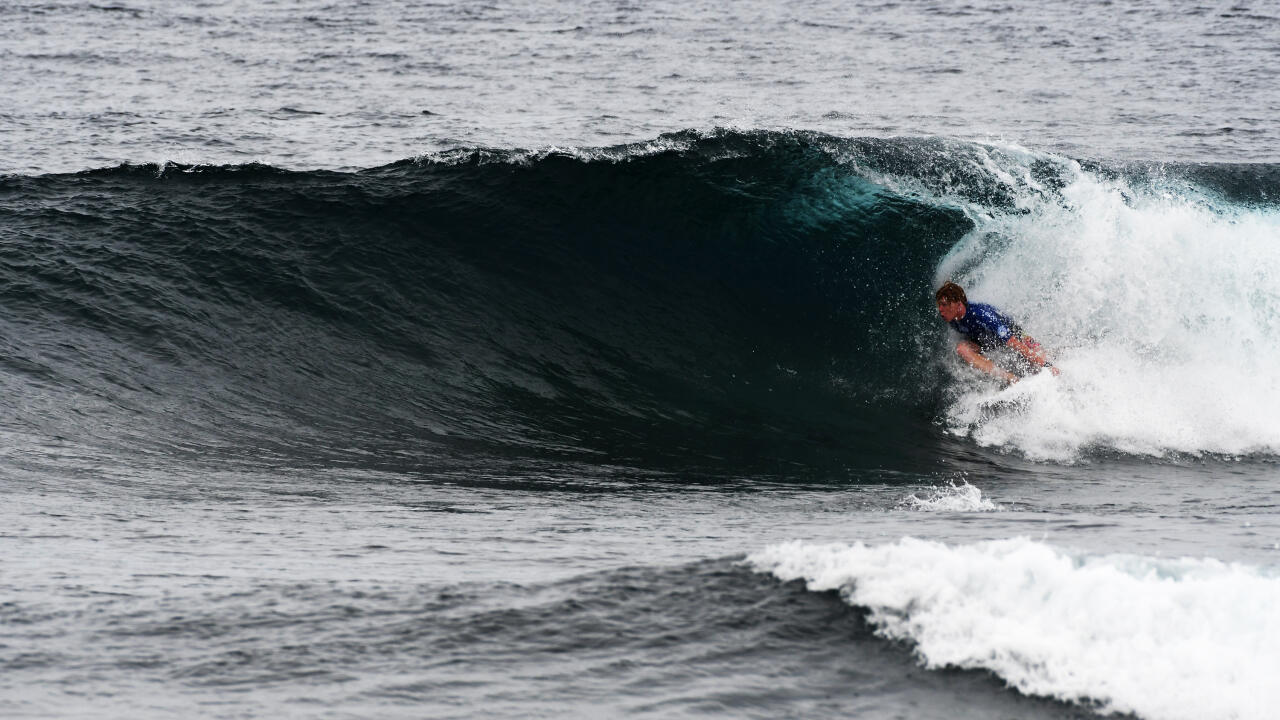 Sandon Whittaker has an electric backhand, both when attacking the lip and pulling in under it. - WSL / Bennett

"The 2017 JQS was super competitive - everybody had to step up just to get through a heat," Whittaker said. "It is a great opportunity to measure you skill set against other surfers your age. I'm super excited to head back to Kiama. I feel like the JQS this year has really set me up well for competition."

The final spot of the Men's could have gone to several competitors with points being so close between 4th and 10th spot. At the end of the last event it was South Coaster Lucas Wrice who landed in 4th, as he gets another shot at the WJC in his final year as a Junior. Lucas Wrice will be digging into his bag of local knowledge when the WJC hits Kiama. - WSL / Tom Bennett

"My experiences on the JQS was really valuable," Wrice said. "It was my last year so my major focus was to qualify for Kiama. Competing against all the best surfers in your region is so good for preparing for the Qualifying Series, it is really important for a surfers development. I'm feeling very excited to compete against the best juniors in the world as it will be a good indicator as to where I'm at with my own surfing."

The 2017 WSL World Junior Championship will be held from January 4 - 12 at Bombo Beach in Kiama on the Beautiful South Coast of NSW. It will feature the top 36 Men and 18 Women Junior Surfers from around the globe.