Back in 2015 when surfing was bidding to be included in the Tokyo Olympics, Japan's most successful competitive surfer, Masatoshi Ohno, said, "It would be fantastic to have surfing debut at the Games in my home country where 2 million people are involved in surfing activities."

Of those 2 million surfers living in Japan, the best positioned for a potential Gold Medal, and to be the country's first ever Championship Tour (CT) surfer, is Qualifying Series (QS) competitor Hiroto Ohhara. "We were thrilled when Hiroto created history by becoming the first ever Japanese US Open Surfing Champion in 2015," continued Ohno. "Hiroto's performance gives me great hope that Team Japan will now win a surfing medal at Tokyo 2020 if our sport were to be included in the Games." Flying the flag at the US Open. - WSL / Kenneth Morris

When surfing was given the green light for Tokyo, it was a huge boost for surfers and the industry as a whole in Japan. The country is steeped in surf culture and the Ohhara family is a good example of the passion for surfing that exists across multiple generations. Hiroto's father was a keen surfer and moved his young family the 100 miles from Tokyo to Chiba to be closer to the ocean. Both his children started surfing at a young age, with Hiroto's sister, Sari, now a professional bodyboarder. The Japanese talent pool runs deep, making it unusual that no individual has played a more dominant role at the highest level of the sport. While current CT surfers Kanoa Igarashi and Connor O'Leary have Japanese heritage, most of their lives have been spent in California and Australia, respectively. There has never been a homegrown and residing Japanese surfer on the CT, and if it were to happen, it would bring more long-term benefits to Japanese surfing than an Olympic medal.

It was Ohno himself who came closest to making it. The respected goofyfooter competed on the QS for 10 years and came close to making the cut numerous times during the 2000s. Known as "the Japanese Occy" for the resemblance in surfing style to the 1999 World Champ Mark Occhilupo, Ohno also forged a strong reputation at Pipeline and is hailed, rightfully, as a legend back home. His mention of Ohhara is no surprise, as it is the nuggety naturalfooter who looks to be the best chance to do what Ohno couldn't do and crack the CT. That win at the US Open in 2015, where he came into the event as an alternate, is by far his biggest career win. It helped him to finish the year 34th in the rankings and he looked poised for an assault on the upper echelons of the QS. However, 2016 was a struggle. A 17th place back at the scene of his triumph at Huntington Beach was his best result, as he slipped down the rankings.

He started 2017 differently, however, securing a third at the Australian Open of Surfing. He's currently sitting in second place on the QS rankings, albeit with five of the most heavily weighted events still ahead. Ohhara's three years on tour are now starting to be a factor in the close heats . Plus, he has also added bulk and power, as his frame fills out. 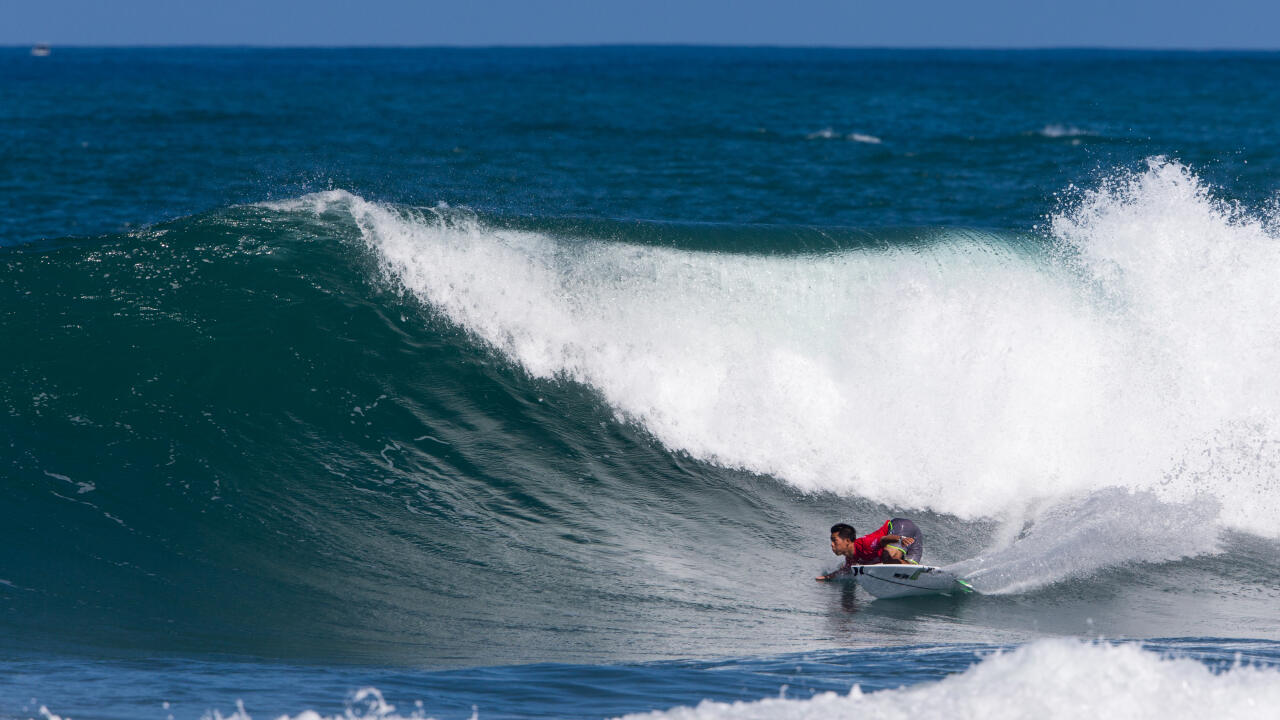 Banking off the bottom at Haleiwa. - WSL / tony heff

And while it's no surprise that his best results have come in smaller beachbreaks, where his 5'4" height, hyperspeed and technical aerial ability are a considerable advantage, he has also been working hard on improving his surfing in bigger waves. He has spent a lot of time in Hawaii where his mentor, the Japanese surfing legend and coach Shuji Kasuya. And, like many Japanese surfers, Ohhara has developed an innate tuberiding ability. An intense and disciplined approach to training has also made him one of the fitter surfers on the QS.

With two QS10,000 events on in July -- First, at Ballito and then at Huntington Beach -- Ohhara has never been in a better position to cement his current Top 10 ranking. The 2020 Olympics might be a longer-term goal, but what Japan desperately needs right now is a local surfer gunning against the world's best surfers in the iconic events. At this early stage, Ohhara is Japan's greatest hope. 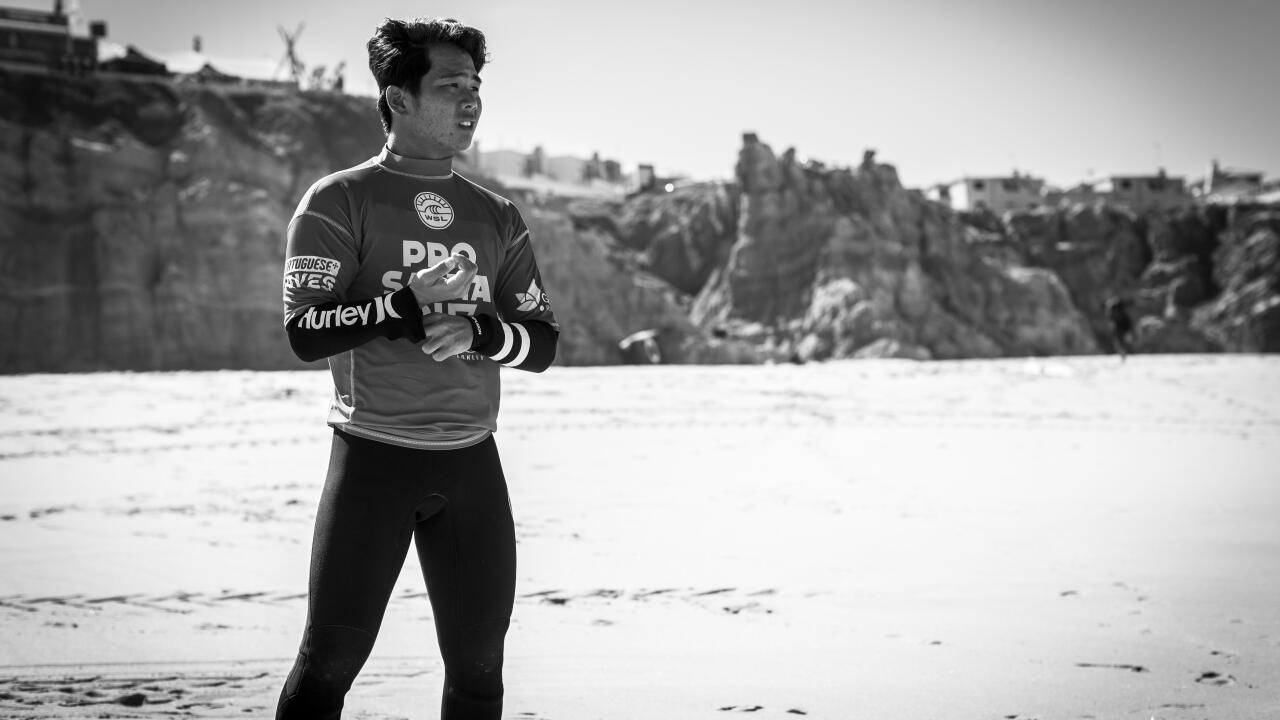