The next major men's Qualifying Series (QS) got underway today at the Gotcha Ichinomiya Chiba Open QS 6,000 and conditions lined up. The punchy beachbreak delivered three-to-five foot surf to get competition started with ideal offshore winds.

But, with 6,000 points on the line, surfers stayed focused on the task at hand, getting their campaigns started in the early Rounds. 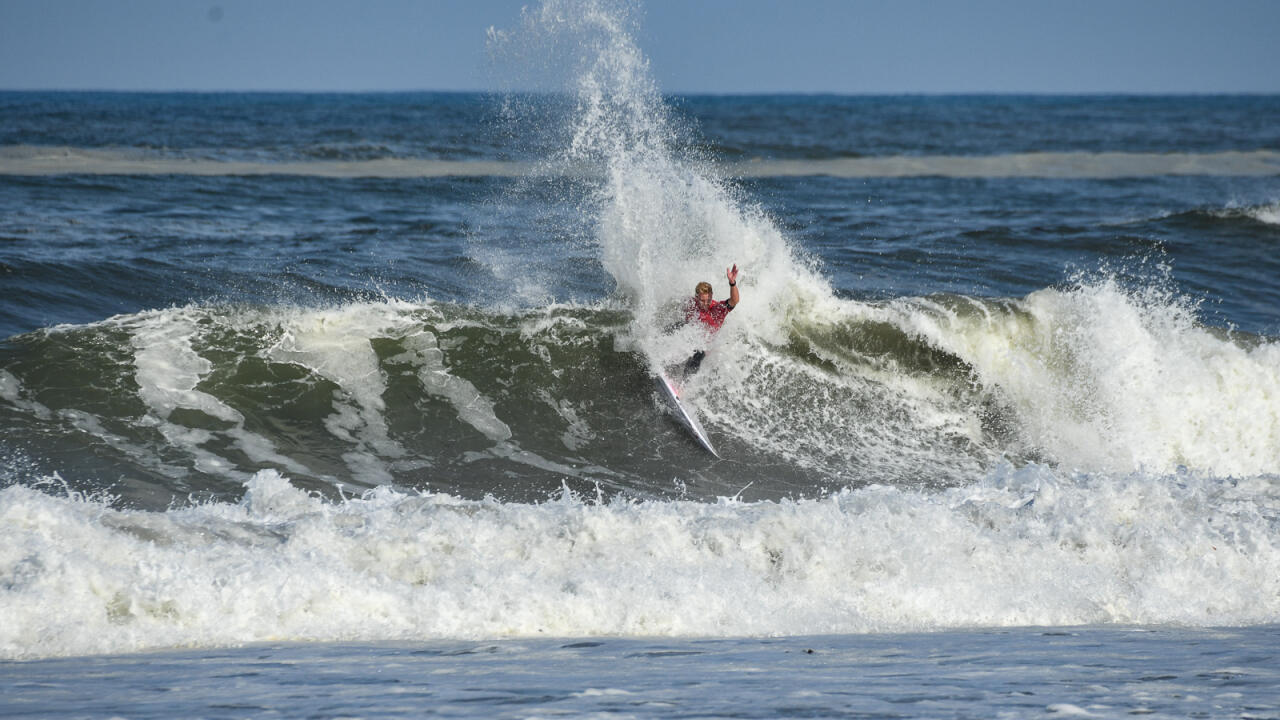 The Australian, who kicked off 2018 with two QS 1,000 wins, looked to be a threat early on, but the first two major QS events of the year proved otherwise with early exits. Fortunately, Baker found that winning form again in Chiba with the day's best performance, a 14.60 (out of a possible 20) heat total -- also notching the day's best single-wave score of 8.33. Baker felt right at home upon his return to Japanese waters as he continues to compete in this event every year.

"It's awesome because there are so many waves coming, there's plenty of power and there is plenty of fun," Baker said. "I always enjoy having fun when I return to Japan, it's my second home. The wave coming to the right was a bit tricky, and it took a few waves to get a feel. " Some of Japan's finest are representing their country proud with numerous additions to Round 2 after some heated Round 1 battles. But, QS veteran Masatoshi Ohno led the way with a terrific lefthander that he was able to capitalize on for a 7.67. Ohno has big goals on his mind and a result here is needed to help those dreams become a reality.

"It was a very nice wave. I just went at my own pace. I did not have any particular strategy, but I got along well with the punchy conditions on offer," Ohno said. "This time it is a good feeling to participate in the main event with a wildcard. I'm hoping to compete at a few larger QS events this year." Kevin Schulz finally found his first-ever QS win at the Jack's Surfboards Pro QS1,500 and now takes that momentum across the Pacific with a big Round 1 win to start his campaign. It's the San Clemente, California, native's first time to the event, and country, but it didn't take long for him to settle in and get to work with a pair of 7-point rides to win the last heat of the day.

"The waves were very challenging, it was difficult to find good waves with closeouts coming through, but it was awesome to find an open wave," Schulz said. "Actually I'm surfing at this point for the first time, everyday before I surfed at the next point over. It's interesting that this is the Olympic venue also, but I am impressed that everyone in Japan is very friendly and kind."

Some other names to be aware of after an opening day display: Brasilian newcomers Samuel Pupo and Mateus Herdy, New Zealand's Billy Stairmand, and Tahitian Mihimana Braye are all into the top-seeded Round 2.

Watch the conclusion of Round 1 before top seeds debut in Round 2 LIVE at www.worldsurfleague.com

Can the 20-year-old be the first Japanese surfer to make the Championship Tour?