"All year I've just been focusing on the trials, that's been my sole priority," said Dale Staples. "And having won it, now it's all about the CT at J-Bay."

The 26-year-old grew up in Cape St Francis, about a 15-minute drive from Jeffreys Bay, and has previous experience at Supertubes. He surfed in the CT in 2010 after winning the Trials as a 19-year-old and made the Quarterfinals at the Qualifying Series event held there in 2012. 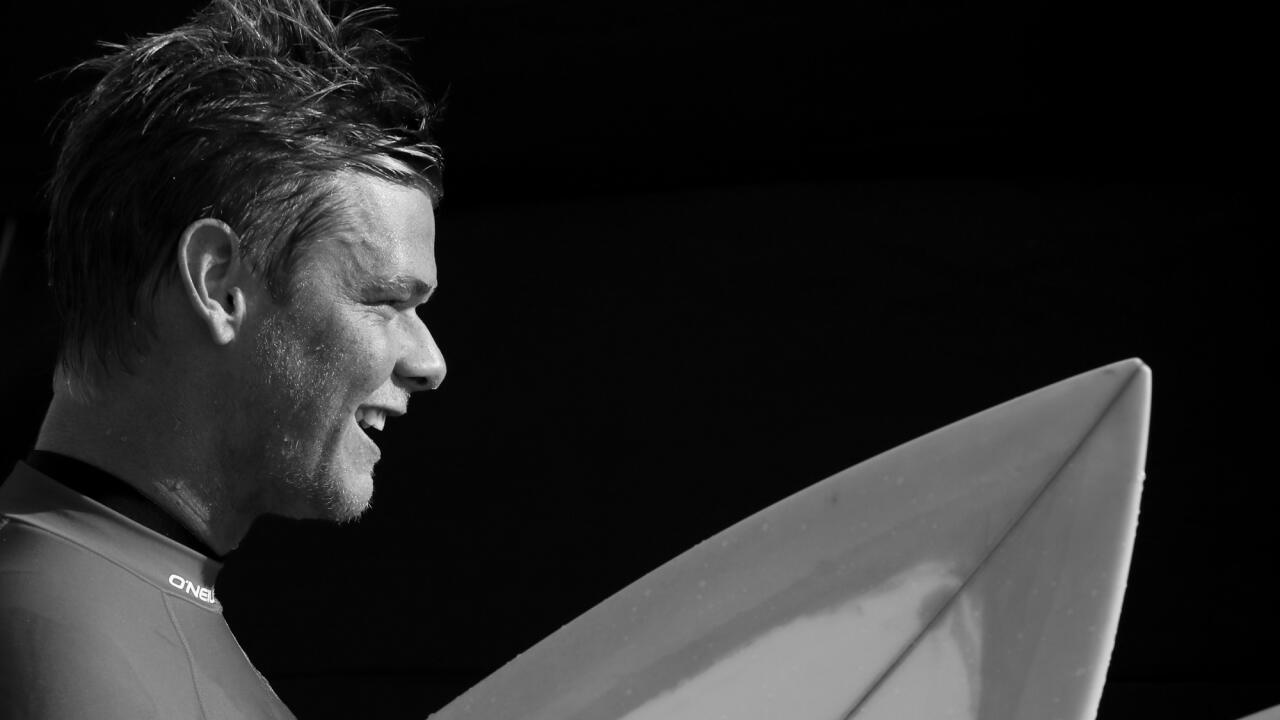 Staples, with eyes on the prize. - WSL

In the JBU Supertrial he powered through some of the biggest barrels of the day, scoring a perfect 10 in the Semifinals before dominating the Final which was held in epic conditions. "That was probably some of the best J-Bay I have ever seen," he said, which is no small call. "To have 40-minute heats with just three other guys and then win was so special."

The wildcards at J-Bay have had a long history of success, something Staples has witnessed firsthand. "I've sat and watched every CT event there since I was a kid," he said. "I've seen Sean Holmes over the years be a giant-killer and it's a place where the locals do well because it takes a lot of time to know which are the best waves out there. Hopefully I can follow in their footsteps." Staples has plied his trade on the QS for a while, cracking the top 100 in 2013, but in recent times has struggled to raise the considerable cash needed to do a full-time assault. "This year I've taken a step back from the international QS events and have been focusing on the South African events," he said. "It's difficult paying for it out of your own pocket. So I'm trying to get some cash together and hit it again next year. That's where the aerial photography comes in."

Staples was an early adopter in this regard, buying his first drone six years ago. Initially it was for personal use, but in the last two years he has become more serious and started working commercially. It was Staples' aerial footage that was used in Jordy Smith's biopic Just Now, a film that was edited and filmed by Dale's brother, Dane. Some of Staples' above-ground work. - WSL

For the next few weeks, though, the drone work can wait as he puts all his efforts and attentions into being 100 percent ready to take on the world's best at the Corona Open J-Bay. He knows a win there could be a life-changer.

"If I won I'd buy a big drone and then invest the rest of the cash," he said. "Hopefully it would be just the start of going on to bigger and better things with my surfing career."

Catch Staples going up against the world's best live daily from July 12-23.