Strong onshore winds and stormy conditions have forced event organizers to call a lay day at the 2017 Men's QS 3,000 Maui and Sons Arica Pro Tour presented by Cerveza Corona & Canon. Known worldwide as a heavy barreling wave, the tubes begin to pinch and close out at El Gringo when the wind switches onshore, placing the safety of the athletes at risk. In addition, a strong cold front has been pummeling Chile for the past few days, bringing with it one of the highest amounts of snowfall in many years. 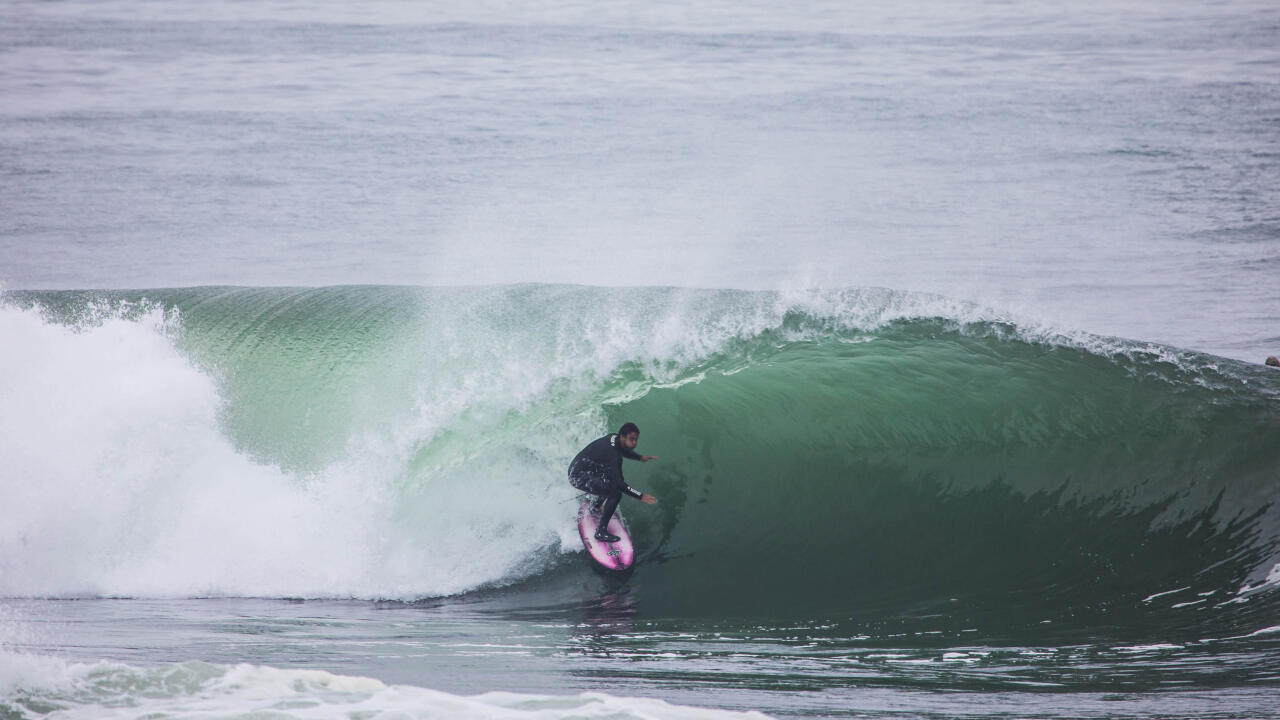 "Conditions are very difficult today (Monday), with onshore winds and it's just not typical Arica with barreling waves for competition," said former CT surfer Raoni Monteiro (BRA). "There are a few waves that open up, but it's pretty stormy and I think we have enough time to wait for conditions to improve. I think it was a good decision to call competition off today because the forecast for tomorrow (Tuesday) looks better. Hopefully the barrels will be back because that's exactly what the surfers and judges want to see."   Due to the heavy storm, a few surfers had difficulty arriving in Arica and three of them ended up cancelling their participation at the QS 3,000 Maui and Sons Arica Pro Tour. Brent Dorrington (AUS) as well as brothers Makai and Landon McNamara (HAW) will not be competing as scheduled, and a new heat draw was made up. Veteran surfer Chris Ward (USA) has now been repositioned from Heat 2 to Heat 14 of Round 1, replacing Landon McNamara. William Aliotti (FRA) is back in Arica to defend his title after winning in stellar fashion last year with a 10-point ride in the Final. Aliotti is now slotted in Heat 2 of Round 2 with Thiago Guimarães (BRA), while Samuel Igo (BRA) has now been moved to Heat 5 of Round 2 along with barrel-hound Jack Robinson from Western Australia.   A total of 86 surfers from fourteen different nations are set to compete at the longest running contest in South America. Brazil leads the charge with 22 athletes. Peru comes in second with 16, followed by the USA (12), Chile (11), Hawaii (7), Australia (6), Argentina (6), France (3) and 1 athlete each representing Spain, Portugal, Greece, Uruguay, Ecuador and Costa Rica. The winner of the Maui and Sons Arica Pro Tour will take home 3,000 Qualifying Series ranking points as well as an additional 1,000 WSL South America Regional points. In 2016, Leandro Usuña (ARG) became the first non-Brazilian to win the regional title. He is now scheduled to compete in Heat 12 of Round 2.

Each of the seven WSL Regional Champions earns the right to be seeded into all WSL QS 10,000 and QS 6,000 events the subsequent year of their title.  At the moment, two surfers are tied for first place on the WSL South America ranking. Thiago Camarão (BRA) won the QS 1,500 Rip Curl Pro Argentina in epic conditions in Mar del Plata and Miguel Tudela (PER) took out the QS 1,000 Rip Curl Pro San Bartolo in Peru this past weekend. And just to spice it up even more, four former event winners are back in Arica looking to win a second title in Chile. Gabriel Villaran (PER) won the inaugural event in 2009. Guillermo Satt (CHL) became the first Chilean to win in 2011. Alvaro Malpartida (PER) took home the victory in 2013 and Aliotti in 2016.