A declining 3-5 foot swell (1-1.5 meters) still provided plenty of barrels at El Gringo for the 2017 Maui and Sons Arica Pro Tour presented by Corona & Canon. Yet when waves get smaller at El Gringo, they break even closer to the dry reef. Lulls were followed by a flurry of sets. This kept surfers grouped together over the takeoff spot causing late drops, high scores…and the occasional pounding. Skip McCullough (USA) has been flying under the radar, but made a major statement today by taking first place in Heat 2 of Round Four. With a moderate onshore wind beginning to affect the lineup, McCullough found two clean barrels for a 16-point heat total (8.23 + 7.77). Jordy Collins (USA) also advanced into the Quarterfinals with a 13.07 total, eliminating Martin Jeri (PER) and top-seed Marc Lacomare (FRA).

"You don't know how good this feels right now," said the irreverent McCullough. "To go out to El Gringo when it's onshore and get two barrels…miracles do happen, so thank you God. For sure, this is a perfect training ground for the CT. I don't know why it's not a larger event. If you want to be on the CT you have to know how to surf waves of consequence. You've got to be able to do it all, so this is where it's at right here," finished McCullough.

After dry-docking on the rocks yesterday, Cam Richards (USA) looked unfazed as he took first place in a heat that saw him catch several deep barrels over the shallow reef. Richards narrowly edged out Hizunome Bettero (BRA) by a score of 13.53 to 13.36 respectively. The duo defeated the 2016 WSL South America Regional Champion Leandro Usuña (ARG) and Nic Von Rupp (PRT) who went from first to last place after being called with an interference penalty. 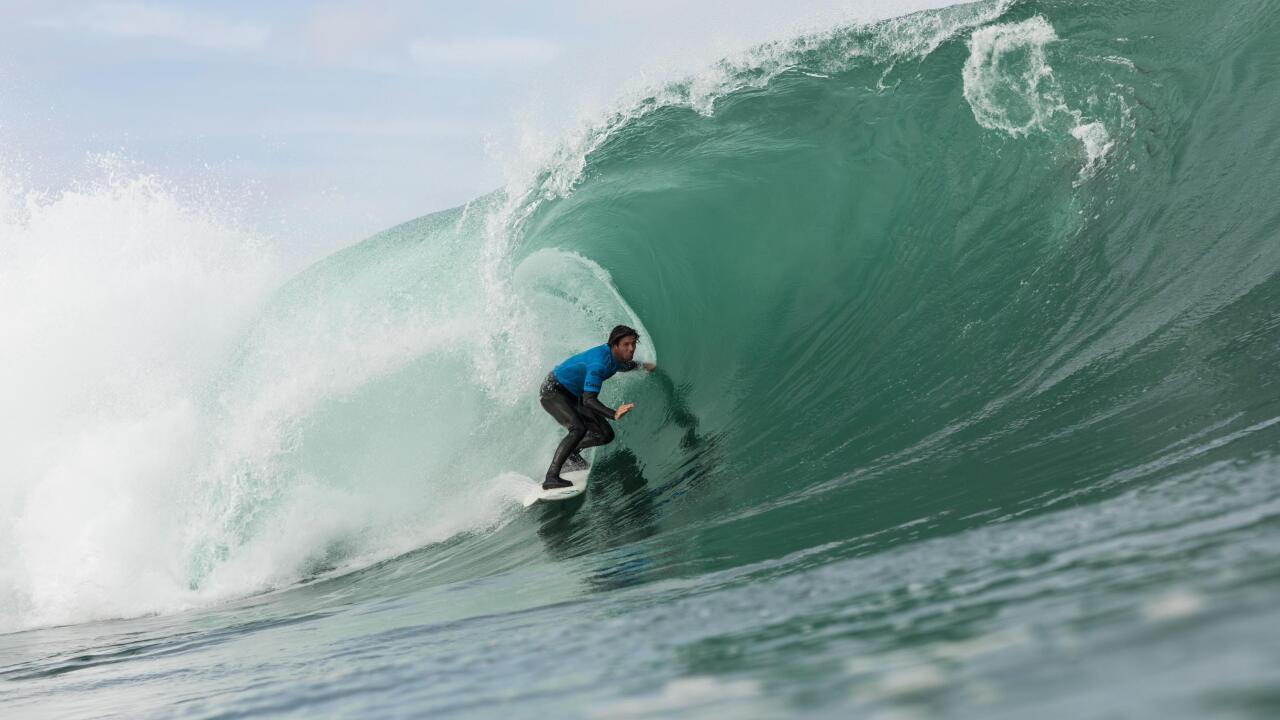 "I feel like I've been pretty lucky this contest. I haven't been focusing on trying to get the best waves, because a lot of people have been advancing with 3's and 4's, so I just try to put some points on the board and go from there and that's been working out," Cam Richards said.

Not only has Thiago Camarão been doing exceptional surfing at the Maui and Sons Arica Pro, but he's been doing it all year too. The current WSL South America rankings leader has been displaying his ‘Fanning-esque' flow in Arica with a mix of power and attitude.

Camarão guaranteed a spot in the Quarterfinals after his first few waves for a 13.00 total. Former event winner Alvaro Malpartida (PER) also moved on in 2nd place with an 8.50 total, eliminating Jack Robinson (AUS) and Marcos Correa (BRA). "It wasn't an easy heat and there weren't a lot of waves, but I was focused on catching the first good wave and getting a high score," Camarão said. "When that first set came, I was already in the right position and I was able to surf it well. I'm stoked that I made it to the Quarters and I feel super motivated for tomorrow."

In the final heat of the day, with onshore winds picking up, Tomas Tudela (PER) made sure to stay active as scoring opportunities decreased. With less barrels on offer, turns became an option as Tudela advanced to the Quarterfinals with Manuel Selman (CHL) in second place.

"That was a really complicated heat against three of my best friends," Tudela said. "I thought to myself that competing against those guys in these conditions, anyone could win. But I gave it my best effort and I'm stoked that I made it through. The talent level just keeps going up as the event continues, but I hope to do well tomorrow when conditions get cleaner." Manuel Selman is now the last Chilean surfer in the event and has the full support of the crowd in Arica.

"I felt like I had to think fast in that heat," Selman commented after advancing to the Quarterfinals. "The conditions were changing and I only had a couple of low scores. But I felt in rhythm with the ocean and I was able to catch some good waves without priority. I don't feel any pressure being the only Chilean left in the event. I'm happy with this result, but I want to do even better and make it to the Final."

A call is set for 7:00 am local time for the start of Heat 1 of the Quarterfinals. The event now switches to man-on-man competition with Thiago Camarão (BRA) facing up against Jordy Collins (USA).