Playa El Elio is usually a longboard-friendly, docile wave. But on Saturday, it turned into a steamrolling monster on the final day of the 2017 Huanchaco Repalsa Longboard Pro. A gargantuan playing field with solid overhead waves in the 8 to 10-foot range (2-3 meters), cold water and extremely strong currents forced competitors to summon up all their strength and left them on the brink of exhaustion.

In these challenging conditions, Phil Rajzman (BRA) was victorious over Julian Schweitzer (URY) in the men's division to win the event and clinch the 2017 WSL South America Longboard Championship, while Atalanta Batista (BRA) won her third consecutive WSL South America Title in the women's division defeating Chloe Calmon (BRA) in the Final. Phil Rajzman is a longboarding legend in Brazil after clinching two WSL Longboard Tour Championships and a Brazilian National Title as well. The only prestigious trophy missing on his mantelpiece was the WSL South America Longboard Championship; which he finally won today. Rajzman, who has been coming to Huanchaco for over a decade and is well-loved by the local crowd, was determined to take home the continental title and was ecstatic with his victory in Peru.

"I'm so happy to be here in Peru receiving my first South American Title," said the newly crowned Rajzman. "The waves were breaking so far outside and were really tough to find. Plus, the current is very strong, so we had to keep paddling non-stop. It was an honor to go up against Julian (Schweitzer) in the Final and a privilege to win the South American Title. Thank you to everyone that's been supporting longboarding and a special thanks to everyone in Brazil." Rajzman was by far the stand-out surfer of the event, earning high scores for fluid and powerful surfing in every round. In the Final, he started out with a 6.25 ride on a midsize wave. After the strenuous paddle back to the line-up, Rajzman took off on a set wave breaking way outside and executed consecutive classic maneuvers all the way to the inside to earn a 9.75, finally athlete in the competition and surfed in a composed and stylish manner throughout the contest in Peru. The up-and-comer from Uruguay was ecstatic (and exhausted) after his runner-up performance.

"As you can see, conditions are even more insane than during the Semifinals. I'm so exhausted that I can't feel my arms or legs anymore," said Schweizer, who remained upbeat throughout the contest. "I had a really hard time finding myself out there, but I'm still very happy with this result. I'm super stoked and want to give a shout out to all my friends and family in Uruguay and Costa Rica that have given me so much support." Conditions changed right as Batista, Calmon, Kaitlin Maguire (USA) and Carolina Thun (PER) were paddling out in the Women's Final. Wave heights increased and endless sets bombarded the athletes, which resulted in breaking Batista's board and washing everyone back through to the inside. Despite the constant beat down, the women showed grit and professionalism by pushing through, paddling into enormous walls of whitewater, taking set after set on the head, and doing the run up the beach several times.

Halfway through the Final, the ocean finally let up, giving the athletes a small window to the outside line-up. Calmon caught a nice ride with several maneuvers for an 8.00. But minutes later, Batista paddled into a massive set outside and completed an extended nose ride and powerful carves on steeper sections to earn a perfect 10-point ride from the judges. "I'm so happy to be here once again in Huanchaco, the waves were fun, but today is really big and I ended up breaking two board," said Batista after reaching the winner's podium. "I took a lot of sets on the head, but I just tried to stay calm and I was able to find that great wave for the 10 and the win here in Huanchaco. Today was all about perseverance and wave selection. This is my third title here in Huanchaco and I'm extremely proud."

This was the first time Chloe Calmon competed in Huanchaco and has yet to win a continental title. The current WSL Women's Longboard Tour rankings leader reflected on what she learned from the event in Peru.

"There was a little confusion at the beginning of the heat. We were told we could paddle out and after catching our first waves, the judges said that they didn't count," stated Calmon. "But, that's just part of competition. The waves were tough, but I know I gave my best out there. I feel that if things don't go your way sometimes, you can always learn from each situation and try to improve next time. I'm just happy that a new generation of women surfers are coming up from all around South America and that the talent level just keeps going up." 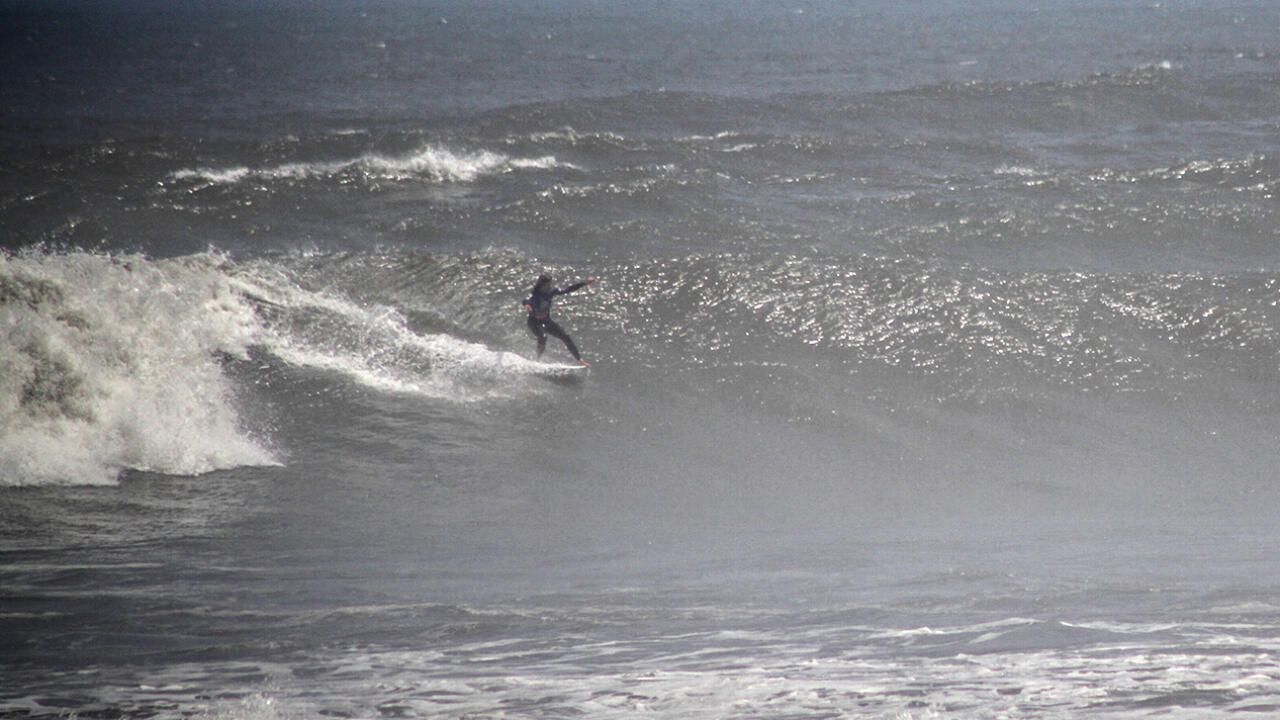 Earlier in the contest, about a dozen locals from Huanchaco put on an exhibition using the iconic symbol of ancient surfing in Peru, the caballito de totora, a reed watercraft used by coastland Peruvians for more than 3,000 years. Still used for fishing and leisure today, the ancient Peruvian craft is about the same width as modern surfboards.

Due to this illustrious history and the fact that Peru continues to produce some of the world's best waves, in January 2013, Huanchaco was elected as the fifth World Surfing Reserve. Other locations with this prestigious title are: Malibu in California, the Gold Coast in Australia and Guarda do EmbaÃº in Brazil.