Round Two madness continued in Huntington Beach Wednesday. It's the third straight day grinding through the Round of 96, which is comprised of 24 stacked heats. We needn't mention the pressure of performing at this QS10,000, but we will, because the Vans US Open of Surfing - Men's QS is already having a dramatic impact on the QS rankings.

Four of the Top 10 are already gone, including No. 2 Willian Cardoso, No. 3 Yago Dora, No. 8 Cooper Chapman and No. 9 Alex Ribeiro. But the carnage runs much deeper. Of the twenty surfers ranked between 11 and 30, more than half are gone. Some of the high-profile victims include Mikey Wright, Yago Dora, Bino Lopes, Ezekiel Lau, Leonardo Fioravanti, Wade Carmichael, Finn McGill and both Miguel and Samuel Pupo. And mind you, this bruising round won't end until Thursday morning.

To put it bluntly, the Round of 96 is where Championship Tour dreams die. Early exits are extremely costly in events of this magnitude, and while the aforementioned are technically still in the mix, they're speeding in the wrong direction.

Michael February Bags Round Two's Highest-Scoring Wave
1:23
The South African earns a 9.17 to win his Round Two heat at the Vans US Open of Surfing.

The competitors' tent is an intense place on days like this, as dreams are being crushed every 30 minutes. At the same time, however, there are the survival stories. When you talk survivors, there's nobody who scraps like Jadson Andre. The Brazilian has been having another rough year on the Championship Tour, so he's in his familiar spot of fighting for his surfing life. Jaddy got himself into a tight tube on a big lefthander, then shot the pier and slammed the oncoming righthander to advance.

South Africa's Michael February also delivered. Hot off his big result in Ballito, where he jumped to No. 4 on the QS rankings, he nabbed a crucial win during the most competitive heat of the day, advancing with a dangerous looking Heitor Alves, a former CT player, and eliminating current CT rookie Ian Gouveia.

Jadson Andre's Barrel Before Shooting The Huntington Pier
2:10
As a lined-up left stood up and peeled off towards the pier, Andre free-fell into the wave, pulled up under a falling chandelier, tucked into a long section and came out speeding through the pier. The panel rewarded his endeavor with an 8.33.

Griffin Colapinto was another big standout. While he didn't bag any big scores he matched the big south swell power with some of his own, surfing with a ton of speed and precision. If Colapinto can land a good result here in Huntington, he'll be a good bet heading into Hawaii, where he enjoyed a breakout moment last year.

Of course, it wouldn't be a QS event without a few pleasant surprises, and today one of the biggest was Costa Rica's Carlos Munoz. His backhand attack was vicious. Where many were avoiding the chunky sections, Munoz was going full-speed inverted, carving hard off the top. And Carlos' fellow countryman, Noe Mar McGonagle, earned a solid win, too. 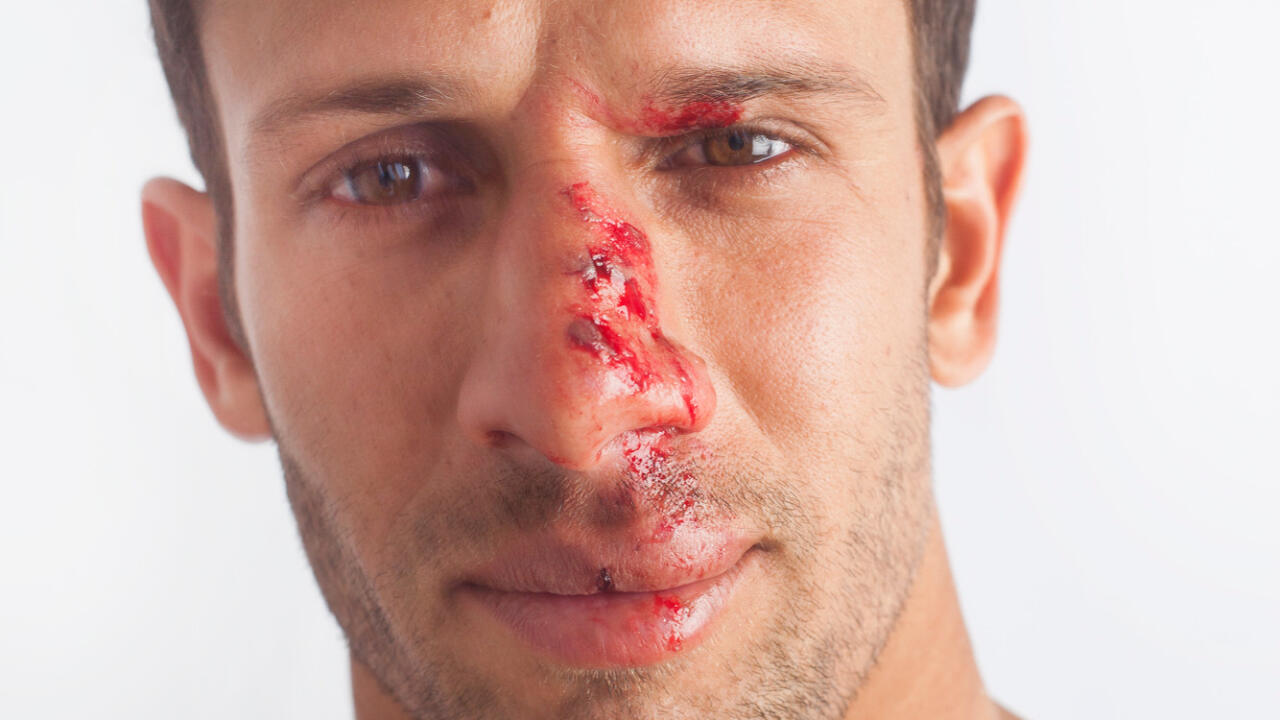 Brazil's Bino Lopes, ranked No. 36, was bloodied by the Huntington Beach Pier during his Round of 96 heat on Tuesday, representing the worst of the high-profile casualties. - WSL / Steve Sherman

The Round of 96 will finally conclude Thursday morning in Huntington Beach, and the surfing should actually heat up as the swell gets to a more playful size. While we've already witnessed healthy doses of drama in this one, the real fireworks are just about to begin.

Vans US Open of Surfing Men's QS10,000 Round Two Results: