Since 2011 the WSL has run the Vans Pro Men's Qualifying Series (QS) 3,000 and Pro Junior in Virginia Beach, Virginia, and the events are back August 22 through 27. This marks the seventh annual Vans Pro and Pro Junior -- contests that have had every type of condition, from nerve-rackingly flat to victory-at-sea hurricane swell -- since its inception. But, it also coincides with the world's second-longest running contest (behind Bell's Beach) known as the East Coast Surfing Championships (ECSC), now in its 55th year. VENUE: The iconic 1st Street Jetty that's been the backdrop of each year's event is surrounded by a city full of life when the Qualifying Series comes to town. Crowds gather for the surf, skate and live music events that run throughout the week. The city of Virginia Beach is known for its busy nightlife and welcomes tourists from around the country, and beyond. 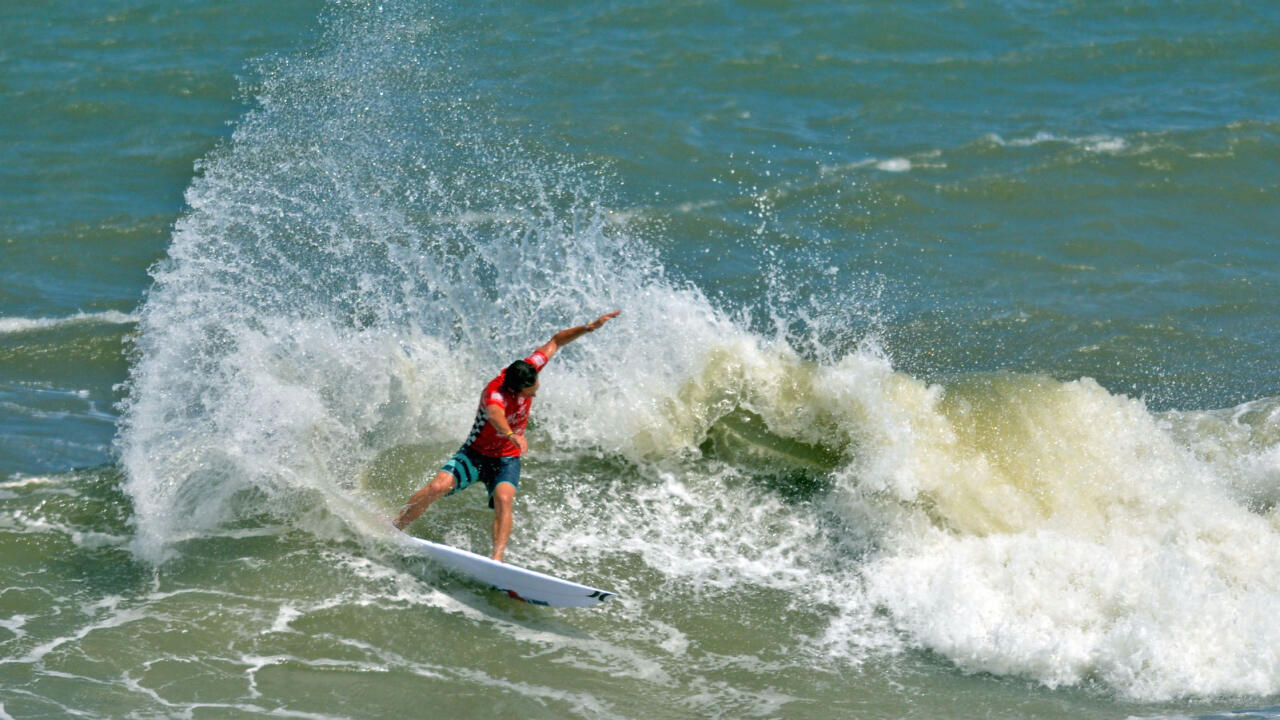 The beachbreak of 1st Street Jetty can be a fickle one, but has its moments of glory -- Michael Dunphy's local knowledge always helps to pick off worthy waves. - WSL / John W.Ferguson

THE WAVE: A standard beachbreak awaits competitors who will be competing for vital points in both the QS and North America Pro Junior rankings. Surfers are put to the test in the tricky conditions that have become known as the norm with predominant windswell providing contestable surf throughout the week of competition. At the moment, all eyes are on a tropical storm system currently that's currently brewing in the Caribbean and just might make its way up the coast in time to deliver. EVENT HISTORY (Men's QS): Apart from 2012's Brazilian winner, Jean Da Silva, the North American contingent has traditionally dominated here. Last year's win from Evan Geiselman brought the title back to the East Coast, after it had split coasts since 2013. It's also provided surfers such as Kanoa Igarashi and Kolohe Andino the extra surge they needed to qualify for their rookie season on the Championship Tour (CT). Hometown hero Michael Dunphy brought home the first Vans Pro win to his native Virginia Beach in 2014 and nearly did so again last year with a runner-up finish to Geiselman. EVENT HISTORY (Men's Pro Junior): The Vans Pro Junior, however, has been a different story. After Californian Nat Young's win at the first-ever Pro Junior title in Virginia Beach, the victories all went to Hawaii. Keanu Asing's first Pro Junior win began the Hawaiian dominance that followed for three years until Nolan Rapoza earned a massive win that steered him toward his North America Pro Junior Champion title. This event has also provided glimpses of what to expect from rising talent as many of the next-generation surfers are fighting for QS points that could send them to the European leg directly after. A brilliant performance from Samuel Pupo earned him two Finals appearances in both the QS and Pro Junior and catapulted him to the top of our watch list.