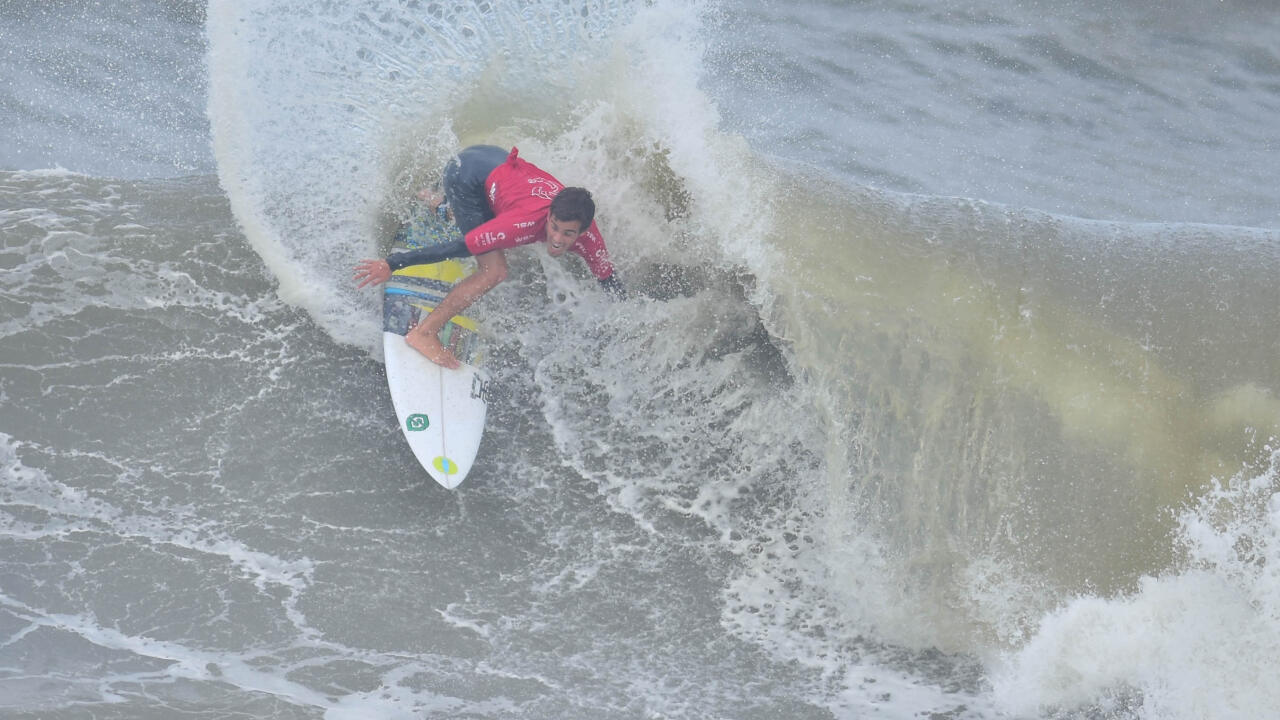 The Outer Banks continued receiving powerful storm swell from the system moving slowly away from the East Coast and the WRV Outer Banks Pro captialized to get Round One action underway. - WSL / John Ferguson

The WRV Outer Banks Pro Qualifying Series (QS) 1,000 presented by Pacifico stormed into action at Jennette's Pier with the completion of Round One Heats 1 through 8. Hefty, four-to-six foot swell pumped into the lineup and the QS contingent on hand unleashed big performances throughout the day's action. The heavy morning winds slowly backed off as the day progressed and offered plenty of scoring potential.

An international field on hand showed some of their dominance with brilliant performances that went into the excellent range, scores ranging from 8.00 to 10, as they made their return to Nags Head, North Carolina. Jhonny Corzo is on the search to his first QS win and started off in the right direction with a massive Round One performance. - WSL / John Ferguson

International Surfing Association (ISA) Gold Medalist Jhonny Corzo still derives momentum from that win heading into the back half of 2017 and blasted a near-perfect 9.50 (out of a possible 10) and 16.83 (out of a possible 20) heat total -- the highest scores for both in Round One. Corzo's forehand went unmatched on opening day as he smashed critical sections of the wave and had the field in a combination situation, meaning they needed two new scores to total Corzo's.

"That was incredible to get one of the biggest scores on the QS so far in my career and help get my confidence up to start this one off," Corzo said. "It's been hard getting results this year, but I did good here last year so that gives me some confidence as well. This is a lot like Acapulco when it gets big so I feel comfortable out there knowing how to surf waves like these. It's good to get going in my first full year on the QS and even though I haven't done as well as I'd like, I know I just have to keep rolling, keep working hard, and eventually a good result will happen." 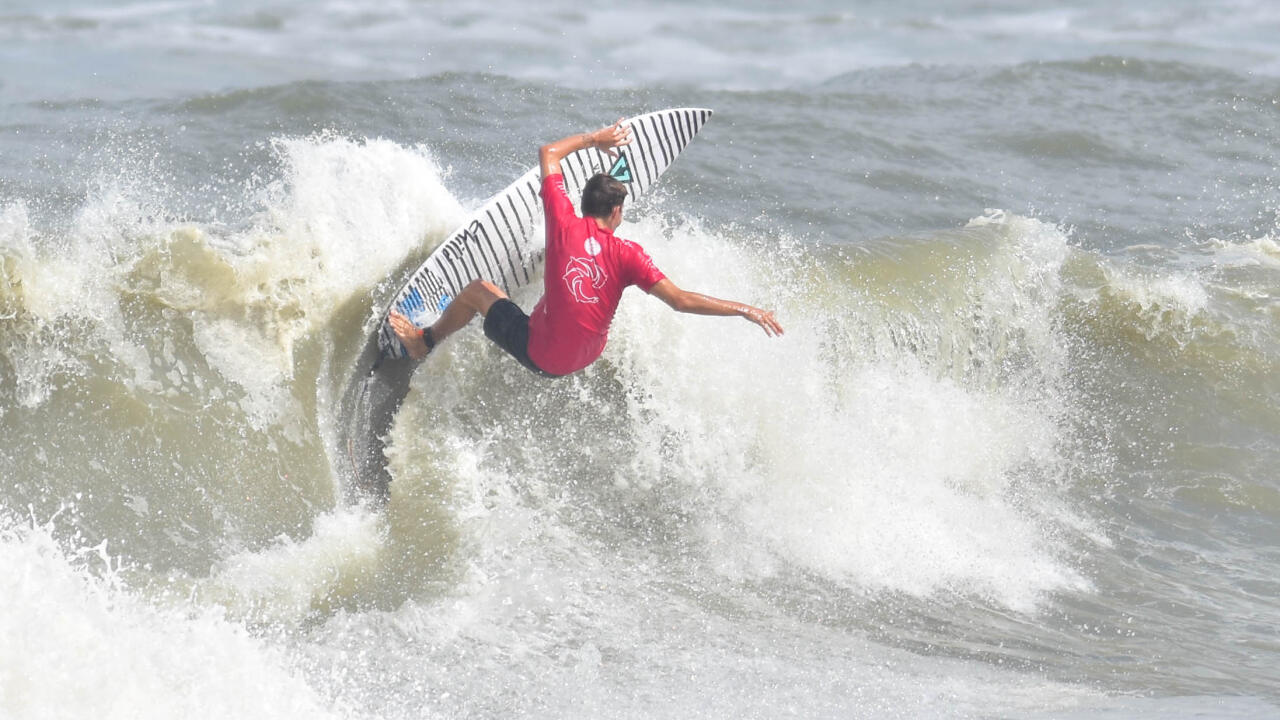 Barbadian talent Che Allan prepares for a full QS year next season and continues to impress in the process. - WSL / John Ferguson

Che Allan is on the right path toward building his foundation of a successful career, currently ranked No. 2 on the North America Pro Junior Tour, in the future and showed that with a dominant opening performance at Jeanette's Pier. Allan posted a solid 15.10 on his formidable backhand in the testy conditions. The Barbadian talent returns to Outer Banks alongside his fellow countrymen once more to keep setting himself up for a good seeding toward next year's QS season.

"I was kind of nervous going out there and starting with a bad one then ending up all the way down the beach, but that 5-point ride to start helped shake some nerves," Allan said. "It's definitely a change for me to be on my forehand and knew I could've gotten some bigger scores if I'd just timed it better. I still haven't been putting my all into the QS and focusing more on the Pro Juniors, but when I get a heat win like that it gives me some confidence heading into next year." The international field at the WRV Outer Banks Pro continues to pour into Nags Head, North Carolina, and Brazil is always well represented. Gabriel Farias' Round One performance yielded an excellent 8.90 on a reeling righthander that gave him the opportunity for multiple maneuvers before a massive closeout section. The 22-year-old is looking for his breakthrough on the QS level, and, after going to Europe last year with no success, returns hoping for more.

"I'm so happy to be here after I went to Europe last year and didn't get as an alternate so it feels great to be back with my friends," Farias said. "It's nice to be here with all the Brazilians. It feels like home when we all stay together and have big dinners with each other. I think it's very important to travel with your friends because it helps you relax and just have more fun. These waves are so fun, I got a couple of barrels here yesterday, and hopefully they stay like this for the contest." Ryland Rubens' continues to step up his game each year in and out of jersey -- doing the latter here in Outer Banks. - WSL / John Ferguson

Current North America Pro Junior No. 1 Ryland Rubens is preparing for his transition into a full-time career on the QS next year and came out firing in Outer Banks. Rubens vicious forehand attack on a sizeable closeout section earned him an excellent 8.77 to move from third-place position into first, and a heat win.

"It feels good to start off like that and I'm stoked the conditions cleaned up a bit for us to offer some nice corners that came through as the tide came up," Rubens said. "These events are all important and just trying to get some more jersey time during my stay over here. The Outer Banks is a great venue so it made the decision easy. I think it's just refreshing to be surfing proper waves for an event and hopefully Mother Nature keeps the waves coming our way to finish this one out." 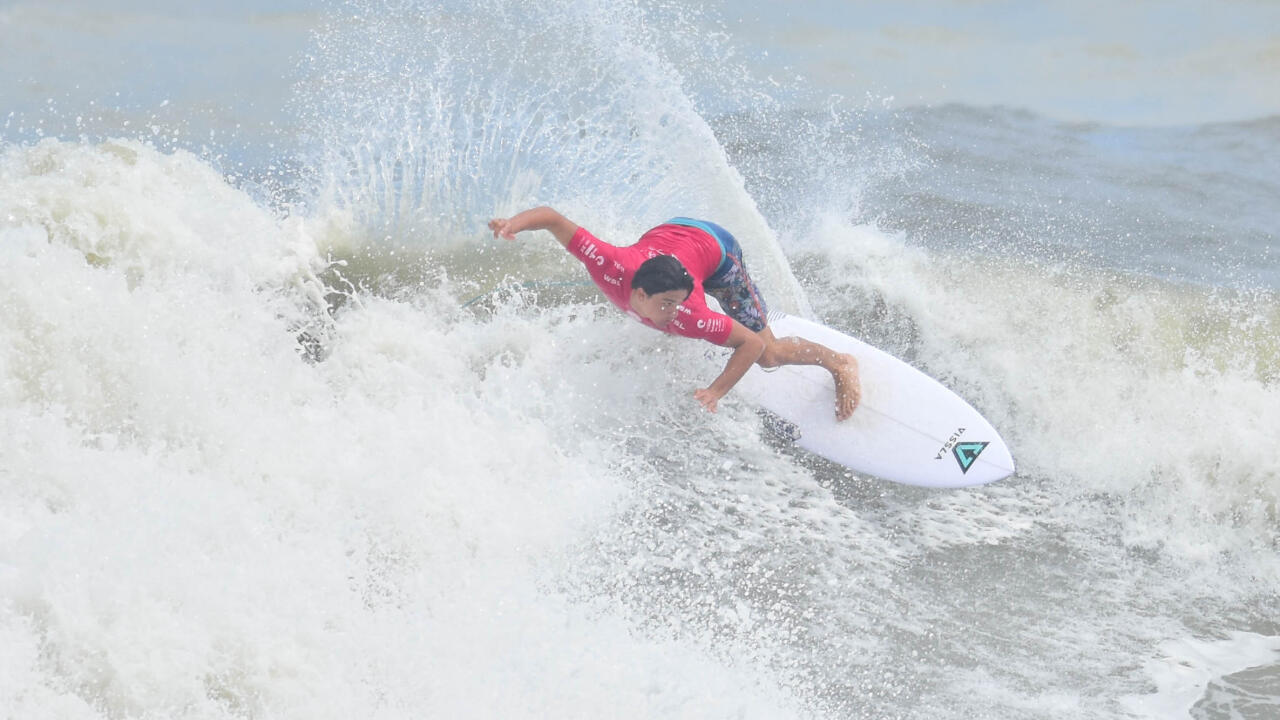 Costa Rica is well represented in Nags Head this week and Tomas King made them a threat to be reckoned to be with. - WSL / John Ferguson

Tomas King came to the Outer Banks fresh off a Semifinal result at the Vans Pro QS3,000 and carried that momentum directly into his Round One heat here. King's critical backhand snaps and power surfing matched that of the conditions on hand to earn an excellent 8.00 of his own. The Costa Rican has plenty of support around him with his fellow Ticos here and experience at Jeannette's Pier to back it up.

"I was kind of lost at first, but it was nice to get that score after I found my spot out there," King said. "There's a lot of good waves out there even though it's pretty tricky so I was stoked on it. This is my third year here and it's always fun. I want to be in those bigger events and after that Semifinal in Virginia I jumped up a bit so since I missed Europe I'll be preparing for the Philippines with this one. It's great to have these events close together and come off a result like that, I'm ready to get a good another one here."

The WRV Outer Banks Pro pres. by Pacifico will be webcast LIVE throughout the event window running August 30 through September 3 at www.worldsurfleague.com

The young Brasilian overcame an array of Outer Banks conditions last year for his first-ever WSL win and returns for more.