On Saturday morning, a heavy fog engulfed the coast along Barra de Tijuca in Rio de Janeiro forcing event organizers to put the WSL Women's QS 1500 Neutrox Weekend temporarily on hold. But as the temperature and winds increased, the fog lifted, giving the top seeds a chance to hit the water to begin Round 2. Silvana Lima (BRA) won her heat, as did the top seven ranked surfers on the WSL South America Rankings. "Even though the wind picked up right as my heat started, it was ok because conditions were still good and all the girls had plenty of good waves to choose from," Lima said. "Now that I've already advanced, I'm going to spend the day on the beach, cheering on the girls and we'll see how the waves are tomorrow. I'm going to be prepared to compete in whichever conditions."

In Heat 2 of Round 2, the 2016 WSL South America Champion, Nathalie Martins (BRA), finally got the opportunity to compete in a regional contest in 2017 after missing the events in Argentina, Peru and Chile due to injury. Martins advanced in 2nd place behind Kaleigh Gilchrist (USA), who earned a gold medal as part of the United States water polo team in the 2016 Olympics held in Rio de Janeiro. "This is my second time here in Brazil and I only have good memories from here," said Gilchrist, who currently sits in 73rd place on the QS rankings. "I competed in the Olympic Games here and won a gold medal that I'm very proud of. I'm very happy to be back in Brazil and I hope winning my first heat can lead to more good memories in Brazil."

The race for the 2017 WSL South America Regional Championship heated up as the ranking leaders all advanced on Saturday at the Neutrox Weekend as a small increase in swell size provided waves in the 2-3 ft. range (0.5 meter) at Barra da Tijuca. Melanie Giunta (PER), Josefina Ane (ARG), Dominic Barona (ECU) and Anali Gomez (PER) all have a shot at winning the continental title. 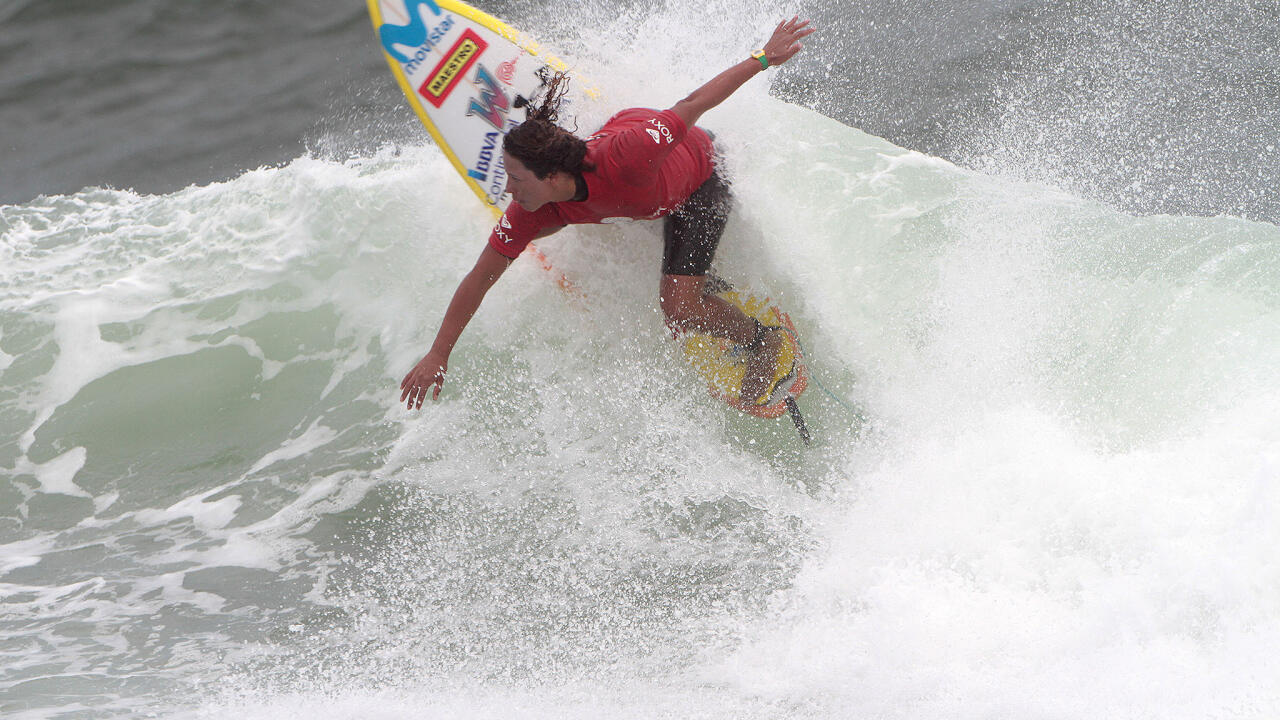 "I think it was a good decision to put the event on hold in the morning and all the girls are happy that we surfed good waves today," said Gomez, winner of the WSL South America Title in 2010 and 2013. "I'm pleased that I advanced in first place in my heat because that's never an easy feat. My goal is to win the South American Championship again and I feel like I have a good chance because after this event, the last contest of the year will be in Peru and I'll be competing at home with all the support from my crew in San Bartolo."

Sunday will be the final day of the 2017 WSL Women's QS 1500 Neutrox Weekend in Rio de Janeiro. The road to the award podium will begin with Heat 1 of Round 3 and will see event favorite Silva Lima (BRA) match up against Melanie Giunta (PER), Kaleigh Gilchrist (USA) and Josefina Ane (ARG).