After Gabriel Medina's incredible sweep of the European leg, the 2017 World Title showdown at the Billabong Pipe Masters is now a four-man sprint to the finish line.

World Title Showdown: Who Needs What to Win
1:45
The 2017 World Title race is much closer than you think, and the Billabong Pipe Masters will settle it all. Details here.

John John Florence remains the current Jeep Leader, giving him the edge over Medina, Jordy Smith and Julian Wilson. But a good look inside the numbers reveals just how close this race really is. 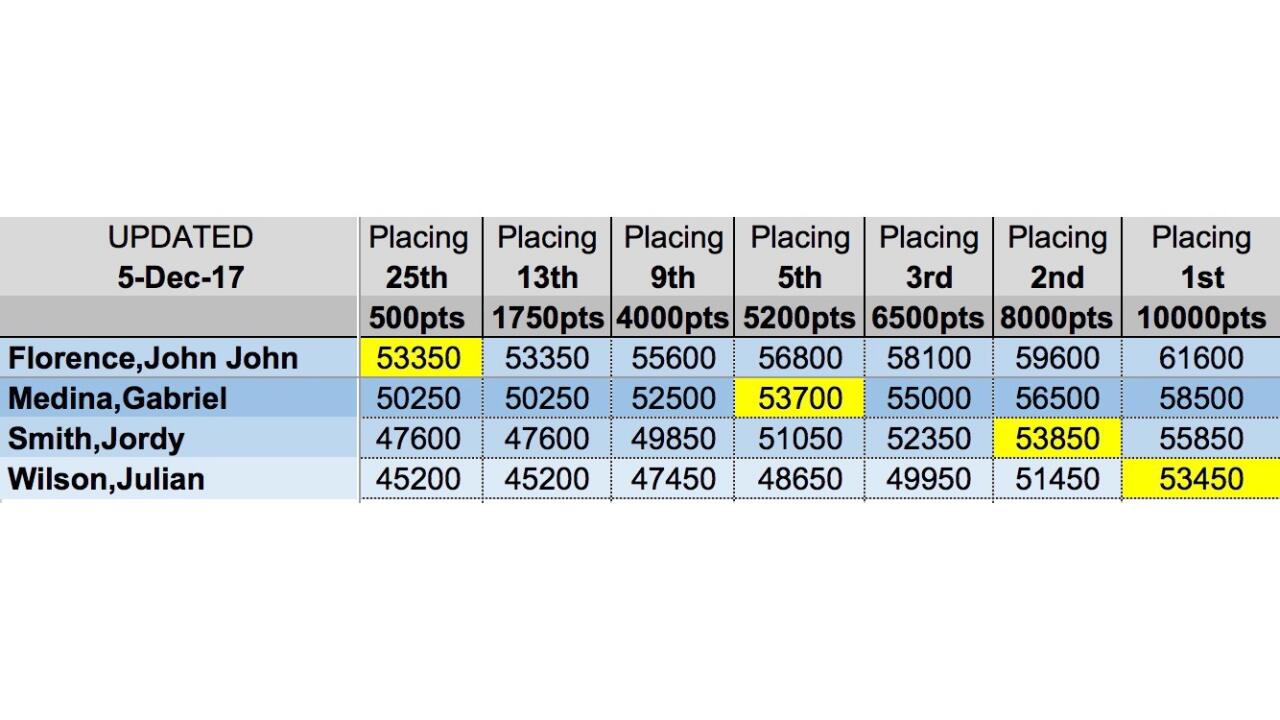 The highlighted result for each contender is the minimum required to have a shot at capturing a World Title. Current Jeep Leader John John Florence is the only one who can clinch if he loses early, but only if the rest of the contenders fail to reach their requirement. - WSL

Who Needs What to Win
1. If John John makes the Final of the Billabong Pipe Masters he will clinch the 2017 World Title.
2. If Gabriel Medina wins at Pipe, he'll clinch only if Florence finishes no better than 3rd.
3. If Florence does no better than 9th, Medina can clinch with a 2nd place finish. Jordy Smith can clinch it with a win.
4. If Florence gets 13th or 25th, Medina needs 5th to clinch the Title, Smith a 2nd, and Julian a win. Julian Wilson is the only contender who owns a Pipe Masters victory, but he'll need another one to clinch the 2017 World Title. - WSL / Kirstin Scholtz

This story gets even more interesting when looking at each contender's track record at Pipe. Behold, the breakdown. Jordy Smith's Quarterfinal appearance in 2016 was his career best at Pipe, but he'll need to get to the Final just to have a shot. - WSL / Damien Poullenot

Naturally, Pipeline will have its say in the matter. There's some heavy surf on the horizon as the event window approaches. Stay tuned for a possible start Friday, December 8. Gabriel Medina celebrated his 2014 World Title with a Finals appearance at Pipeline. He finished runner-up there again in 2015. - WSL / Kelly Cestari