Since the very first day of 2018, Nazaré has been at its brutal, beautiful best. "It's been scary," said local big-wave maniac Nic von Rupp. "Hate or love it, Nazaré is the most consistent big-wave spot in the world." 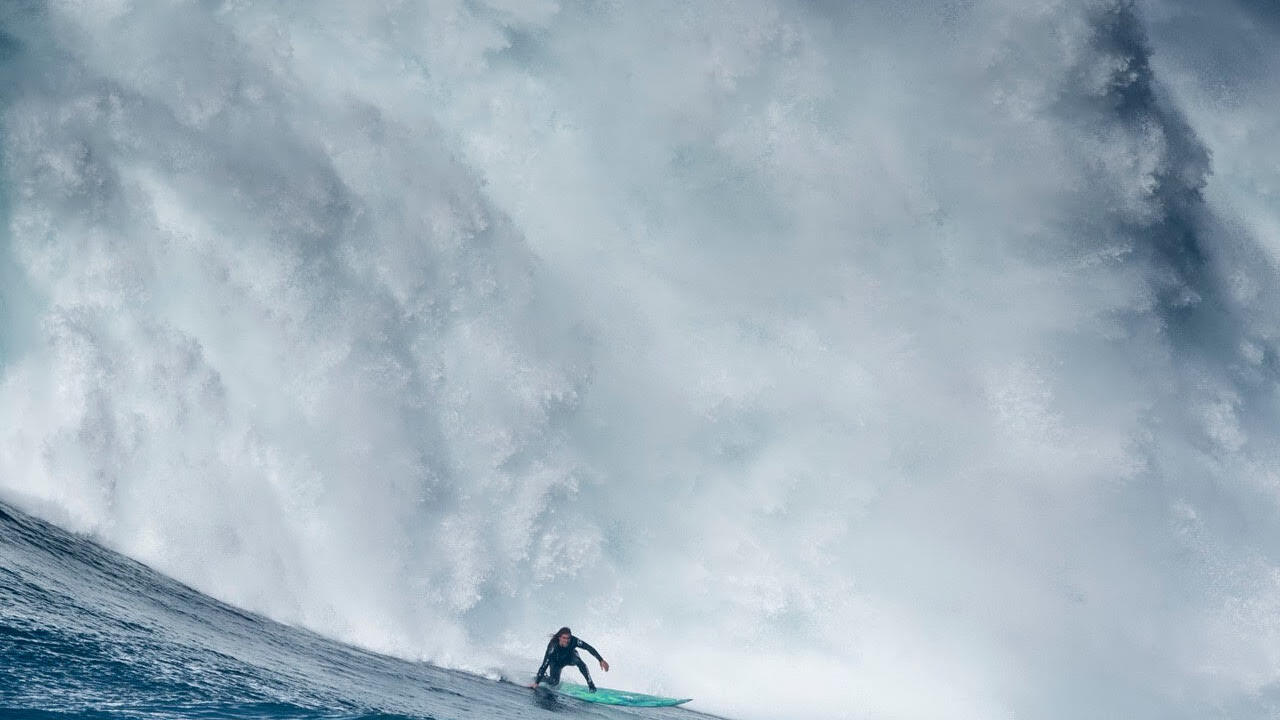 As such, Big Wave Tour Commissioner Mike Parsons, and the Nazaré Challenge, have been on high alert. The waiting period extends to February 28, but the event has already gone through a few amber, or standby, calls only for conditions to change just enough to mean a no go. With winter storms lining up in the Atlantic, swell is never an issue. Finding a full day of optimum, paddle-sized waves with light offshore winds, however, is no easy task.

Of course a lack of a green light hasn't stopped the Nazaré faithful from paddling out every day this year. There has been some magical moments and incredible waves ridden, along with the obligatory brutal wipeouts. Memorable waves ridden by Will Skudin, Lucas Chianca, Tom Lowe, Hugo Vau, Justine Dupont and Nic von Rupp, to name a few, will live long in the memory and no doubt feature in the Big Wave Awards.

However, it is arguably a real heart-in-mouth drop by Alex Botelho that may be the most dramatic performance from the past week. As the 27-year-old was initially caught in the lip by the breeze on a monster right, he looked set for an epic fail, echoing Shane Dorian's famous air-drop at Pe'ahi, Maui. But through a combination of sheer commitment, talent and a little bit of luck, Botelho somehow managed to stay connected to his 11-foot surfboard as he free-fell and corkscrewed sideways, only to reconnect with the steep pitch and ride the wave out to (relative) safety. Botelho has been a standout, both towing and paddling, over the last few seasons and alerted the wider world to his skills when he made the Final at the Puerto Escondido Challenge after flying in the night before as an alternate. "Alex continues to improve and impress each winter," said Nazaré pioneer Andrew Cotton. "He is also one of those rare big-wave surfers with real talent and style in small waves too. After Puerto, he knows the Nazaré Challenge could lead to a permanent ticket on the BWT. Like for many other local surfers in the event, this is their one shot. It is potentially life-changing."

Botelho already knows a little about life changes, having been born on the freezing shores of Canada's Lake Ontario to a Dutch mother and a Portuguese dad, before moving to Portugal's Algarve when he was just six. "As far as I'm concerned it was the best decision they ever made," he once told Surf Europe. "I can't really picture myself in a red Mountie uniform chasing outlaws up and down the mountains on horseback, so Portugal was an inspired move." Alex screams into another 2018 with a Biggest Paddle Entry. - WSL / Vitor Estrelinha

Now, 20 years on, most of his inspired moves are happening in the cauldron of the Nazaré canyon. His efforts over the last few weeks have further cemented his reputation and enhanced his favoritism if, and when, the Nazaré Challenge gets the green light.