Late on Wednesday, January 17, Hugo Vau was towed into a wave by Alex Botelho which many believe was the biggest wave ever ridden at Nazaré, Portugal. The WSL caught up with both Alex and Hugo afterward to hear about their experience.

WSL: How did it all go down?
Alex Botelho: We went out late in the morning on Wednesday, but the winds were really strong and most of the teams were heading back. We tried to tow, but didn't catch a wave for three hours or so. Eventually the tide dropped and the swell picked up, and the location we call Big Mamas (laughs), the right way out the back in the front of the lighthouse started to break.
Hugo Vau: For a wave to break at Big Mamas it has to be huge. The only wave I have ever seen like this one was about four years ago. Just one wave broke that day, but it had the full "parrot nose" look, where the triangle of the lip hits the water in one spot. All the power is concentrated there. This one was the same. When I let go of the rope, I saw that was going to happen again.

Alex: I pulled Hugo into it and I knew he was ready. It was scary watching it, though. He had a black wetsuit and he completely disappeared when the wave went hollow, as the whole wave turned into a big black hole.
Hugo: It's fat in some ways, but for that split second when it throws it is the biggest, hollowest barrel you will ever see and I knew I had to make this wave. So just to ride out safely was incredible.

Can you even begin to gauge how big the wave was?
Alex: It was the biggest wave I've ever seen surfed at Nazaré and all the other guys in the water said the same thing. I won't go into the size of it, that is almost impossible to measure, but the feeling or the emotion of the wave was pretty strong.
Hugo: For sure. You know I have this crazy teammate who I have known since he was a 17-year-old kid. He's a good soul who is such a charger and who is so committed. So when you connect friendship with a pure love of surf, it's a real and simple joy. It all happened in a peaceful way; there was friendship, happiness, nature, waves and surf. It was the wave of my life. What else can I say?
Alex: The good thing is Hugo does my safety when I'm paddling so it works really well. The last big swell he didn't catch a wave and I had good session so it felt great to complete the circle as a team. 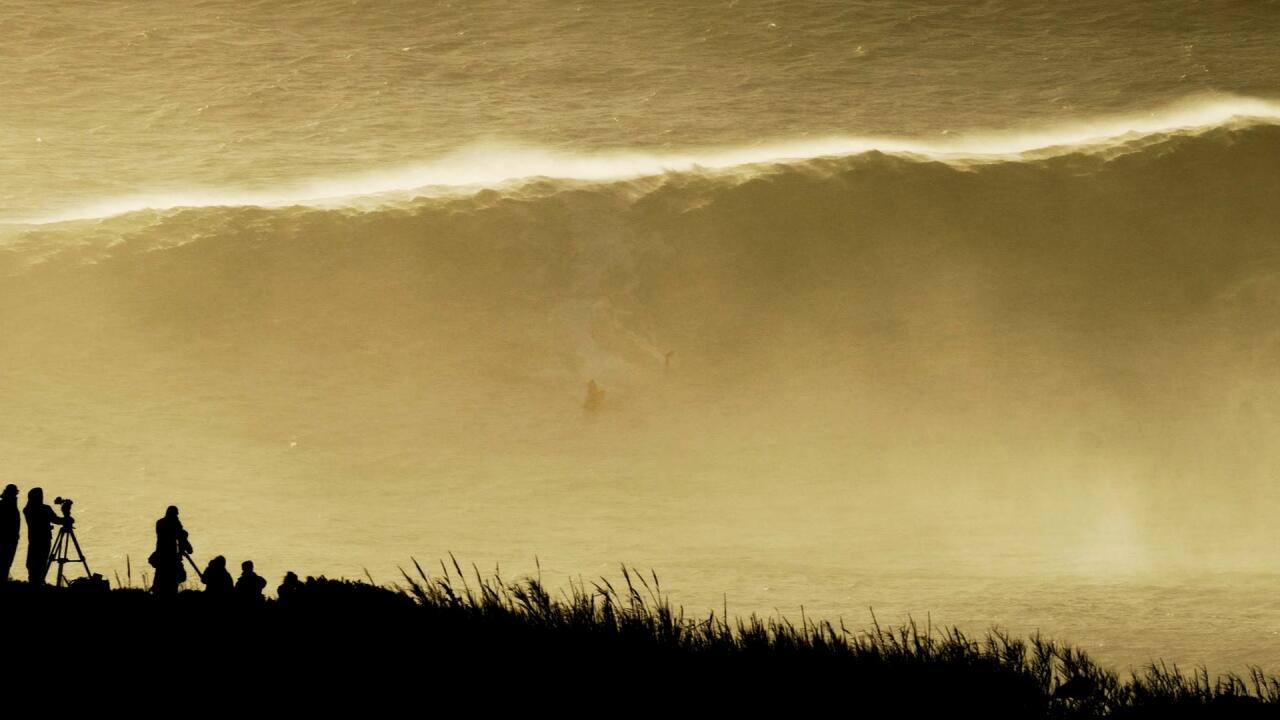 There don't seem to be a lot of clear videos or images of the wave. How does that make you feel?
Hugo: That is the ironic part of the story. What will stay for life is the happiness and the experience that me and Alex shared. That can never be taken away from us. So it's in our memory files. And maybe it wasn't supposed to be captured, maybe it was just for us. Look, in the old days you would pass on your experiences and that's how stories were shared and kept alive. Now if you don't have a picture, it doesn't count. However for us, and the all the guys that saw the wave from the channel, we all think it was the biggest wave we've seen at Nazaré. It is what it is. The main thing is the joy we took from the day and that we are all safe. Nothing else matters.

Now home after 15 days in the hospital, the Portuguese big wave surfer opens up about the incident at Nazaré that nearly took his life.

An update on Alex Botelho's condition, a Nazaré free-surf session, the QS is off and running in Brazil, and more.