In the last five minutes of the last heat of the Nazaré Tow Surfing Challenge, Portuguese surfers Alex Botelho and Hugo Vau, two of the most experienced competitors in the field, were involved in one of those freak incidents that every big wave surfer is vulnerable to.

Botelho had just caught a wave and was picked up in the impact zone by Vao on the rescue ski. As they accelerated out of the impact zone, their craft collided with a wave coming in the opposite direction sending the surfers 15 feet into the air.

Botelho was rendered unconscious. Floating face down on the inside, he was rescued by the water safety team from the water, resuscitated on the beach and taken to a nearby hospital.

After 15 days in the hospital, Botelho has returned home. The WSL caught up with him to discuss the incident, his recovery and future plans: 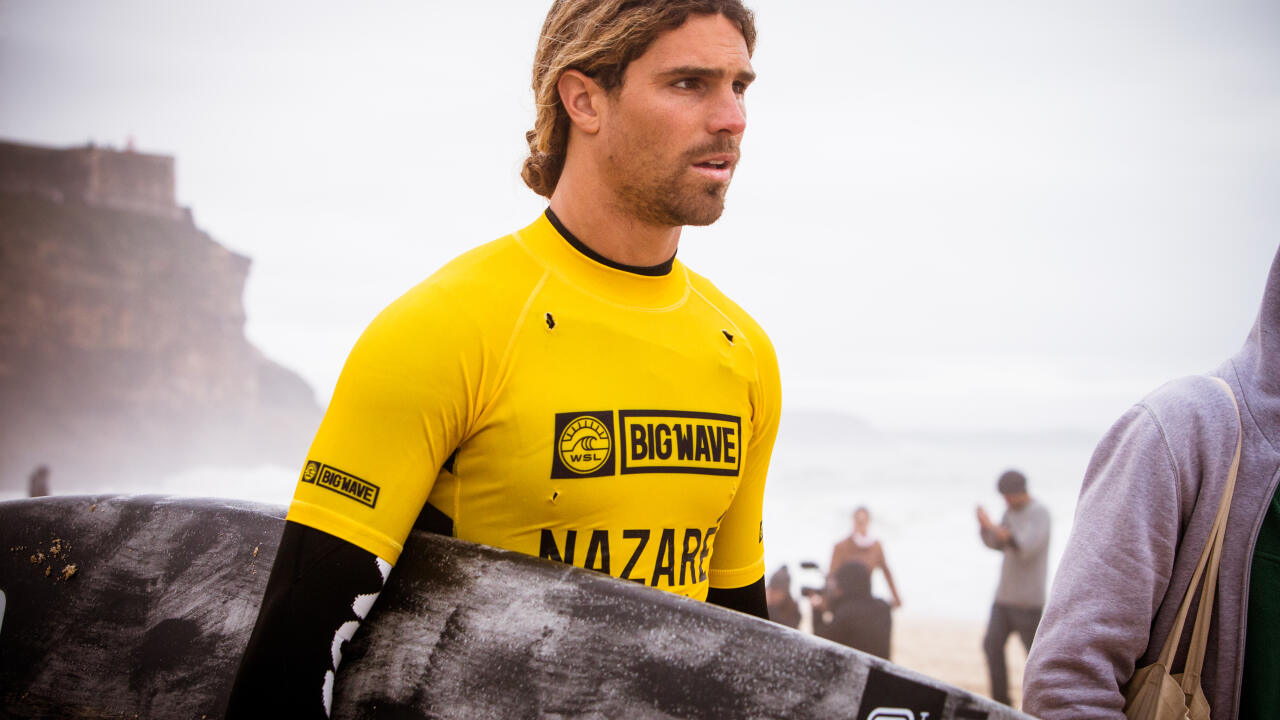 WSL: Hi Alex, glad you're on the mend. Can we start with your recollection of the incident?
Alex: I remember seeing the wave coming when I was on the sled. There was a wave coming from the south side, or cliff side of us, and then the only way we could escape was by heading north.

Then as soon as we started going that direction, I remember seeing another wave coming in the opposite direction. And I thought okay, well, this is probably gonna be rough. Then as we hit the little side wash the other wave projected into us at the same time and flung the ski into the air. When I landed back down the impact was on front side of my lung and my head and I remember feeling that I was losing consciousness from the impact.

Was the impact with the water, the sled or the ski?
It was from hitting the sled really hard with the side of my chest. I think that's what has perforated, or punctured, my lung. I also hit my head, but not that hard. I think it was more the lung impact that knocked me out.

What was your next memory after that?
The next thing I can remember is hearing voices on the beach. Then when I first opened my eyes I was in the ambulance. The first people I saw was my girlfriend and Hugo at the door. And I remember thinking, okay, I'm alive.

What was the initial diagnosis at the hospital?
The first thing that they did after I was stable was scan my brain for damage as I had been without of oxygen so long. The official report at the hospital said there had been 10 minutes without oxygen. So six minutes in the water and then another four minutes on the beach until I started breathing again. However the scans were fine and showed no damage.

I take it that is an incredible length of time for the brain to be without oxygen?
Absolutely. The doctor said that usually after three to four minutes you're in the risk zone of having brain damage. There are many factors that helped me avoid a serious injury, but I definitely had a guardian angel and a lot of luck.

And what were the other injuries?
I had perforated a lung and both of my lungs were full of water. I had also contracted some kind of bacteria from the water. Also the muscles around the impacted zone near the lung had all spasmed and contracted, so they were damaged.

Was there any further complications?
Yes, on the first night I was suddenly unable to breathe anymore. They connected me to a breathing machine, knocked me out and had to drain the water from inside the lung and also some air trapped outside. But that stabilized and after a few weeks I was able to go home.

And what is the recovery process?
The muscles and the lung need to recover first. I still can't breathe up to 100% of the capacity of my lungs. I need to let that heal and then start exercising just to get back to neutral and start building back my lung capacity from there. That could take anywhere between a month to three or four months. I need to just monitor how the lung is recuperating and once it comes to a certain point I can start doing cardio exercises and trying to expand the capacity again.

And back to the day, prior to the accident, how had the event been for you and Hugo?
I felt really good with the whole day. And everybody was in tune with each other and everybody was respecting and vibing off each other. I'd had a few good ones, no major bombs, but I was happy with the day. I was really, really stoked until the very end. 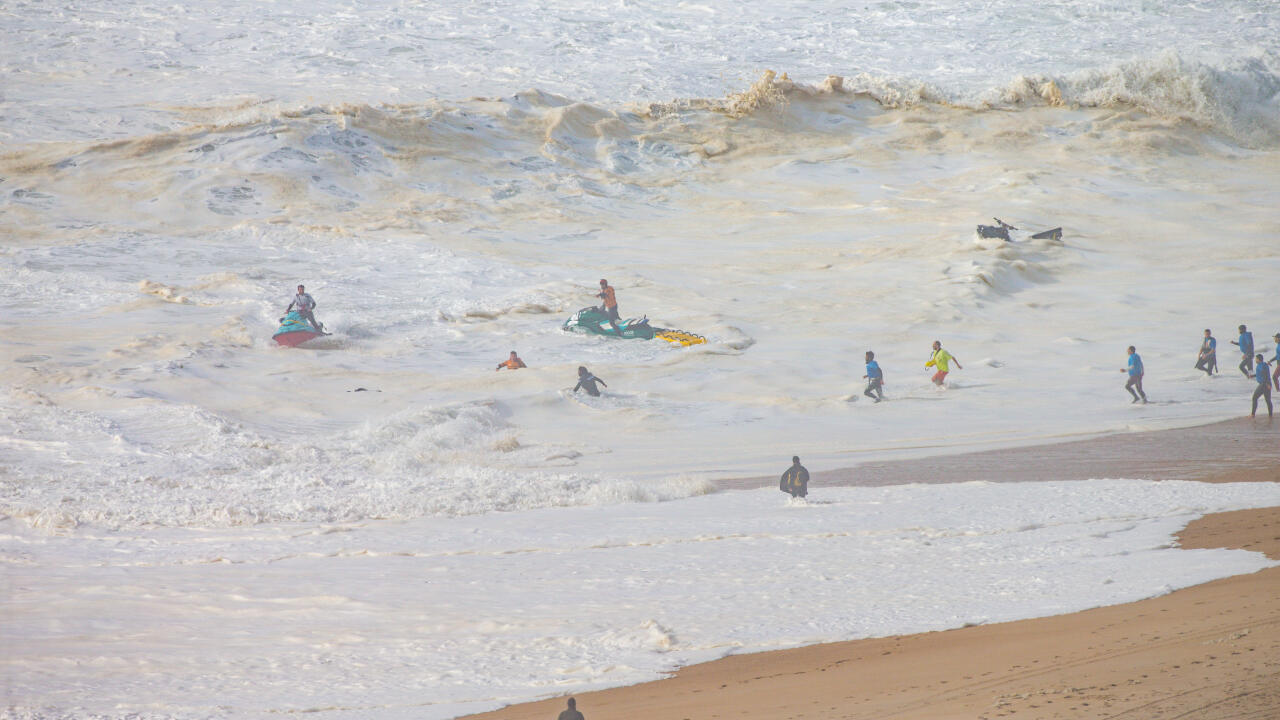 Do you think being so late in the day contributed to the incident?
Maybe if I was free surfing I probably wouldn't have gone for that for that last wave, but when you're competing you're always a little bit more driven to try to do more. Also you can't foretell what the next wave after the wave you catch is going to do. We know the risks at Nazaré and try and calculate them, but sometimes it's impossible.

And what are your goals now?
I've had time to think and nothing has changed in what I want to do and accomplish. I want to get back to surfing big waves at Nazaré and all around the world. It's in my hands how much I can push myself to get back in the water as quick as possible. To do that now I just have to focus on my recovery.

Anything else you would like to tell the wider surfing world?
I'd like to say thank you to everyone, every single person that has shown so much support. It really touched me and gave me a lot of strength to get through some of the harder parts of the last months. So I really want to leave it on that note.

An update on Alex Botelho's condition, a Nazaré free-surf session, the QS is off and running in Brazil, and more.

The Portuguese surfer was involved in a very serious incident during the Nazaré Tow Surfing Challenge Presented by Jogos Santa Casa.