When surfers think of Burleigh Heads, they think of spitting barrels, grinding down the sandbar under one of most the iconic headlands in Australia. They think of MP and MR at The Stubbies and some of the most intense and groundbreaking competitive surfing displays in history. Will Burleigh Point finally look a little like this during the QS event? - WSL / Sean Scott

In recent years however, the Flight Centre Burleigh Pro has had this misfortune of coinciding with summery east coast flat spells, and dreaded northerly winds, but it looks like this dry spell is about to be broken. Excitement levels are growing as activity in the Tasman and Pacific begin to intensify. Coastalwatch Chief Swell Forecaster Ben Macartney explains, "I'm feeling positive about the forecast, with clear indications that there will be a building trend in easterly trade wind swell setting in as early as Friday and building over the weekend. There's a good chance of a tropical low and a cyclone developing and that could be the catalyst". 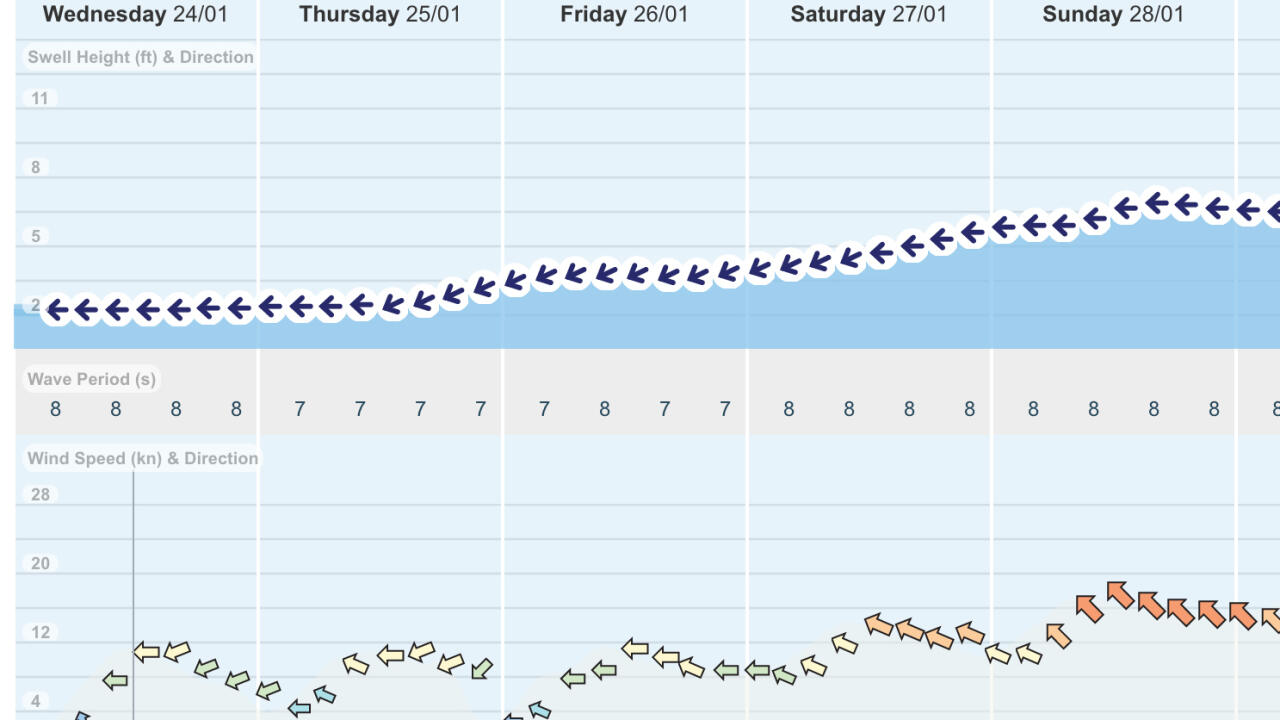 This swell will begin to filter in on the opening day and slowly build until it is meant to peak during Finals Day which will also see the the most optimum winds of the window.

The four day festival style event will see over 170 of the world's best surfers from nine different countries line up over the Australia Day long weekend for precious QS ratings points towards their 2019 Championship Tour campaigns. The sand at Burleigh is in great condition and will make for some seriously long rides if the forecasted swell materialises. - WSL / Sean Scott

2015 Burleigh Pro Champion and former WSL World Championship Tour surfer Mitch Crews expressed his excitement for the event as well as acknowledging the high caliber of talent in the draw.

"The Burleigh Pro is always a really fun first event of the year. I've won this comp before and it looks like there's a pretty good forecast stacking up so I'm excited. It should be a great long weekend for Australia Day. Liam O'Brien and Luke Hynd are probably two of the best local guys surfing in this event but there's always crew from overseas rocking up, it's definitely not an easy event at all." Said the Gold Coast local.

Defending Flight Centre Burleigh Pro Champion Oney Anwar returns to the stage this year and is eager to get his 2018 QS campaign underway. One of the most iconic images in Australian surfing. - WSL / Sean Scott

"It feels so good to be back competing. I've been training in Indonesia for the last month and Burleigh has always been a second home to me so I'm excited to see the action underway. I've heard that there's a swell coming and there are a lot of good surfers competing in the event, so it's going to be a hard contest," said Anwar.

Alongside the strong contingent of men's surfers, the event will see 48 of the world's best female's battle it out for all important QS ratings points. Amongst those in the draw is Tweed Heads local and top seed Kobie Enright. Coming off the back of a recent win at the first WSL QS stop of the year the Carve Pro in Maroubra, Enright will be looking to secure another result this week to set herself up for a strong year on the QS.