Snapper Rocks surfers Alyssa Lock and Dextar Muskens both received perfect individual wave scores (10 out of 10) and collected heat scores of 18.85 (out of 20) to top the tally sheets on the opening day of the NIB Pro Junior at Merewether beach in Newcastle. The opening World Surf League event of the 2018 Surfest saw consistent 2-to-3 foot waves for most of the 23 heats contested. In the first heat of the junior women, 17-year-old Lock clearly demonstrated she'd made the trip down from Queensland on a mission to win this event. The goofy-footer, who won the Roxy Pro Trials at her home break to come up against world champion Tyler Wright in the opening event of the 2017 Championship Tour, said she felt she was in the right place at the right time.

" I got lucky with three good ones. It was a really good surprise to get a 10 and I was determined to back it up," she said.

And she did back it up with an 8.85 on her very next wave to lock in a heat score of 18.85. She recorded the highest total in the opening eight heats of the junior womens contest.

Dextar Muskens, who won the Hydralyte Sports Pro Junior at Bells Beach last month and currently leads the Australasian junior ratings, has a lofty ambition for 2018.

"My goal is to win the Australasian Pro Junior series and qualify for the WSL world junior titles next year," he said. "I got off to a rough start out there before getting the two bomb waves of the heat. I'm always stoked to come to Merewether because the waves always seem to turn on for the event," he said.

Another young surfer to impress the judges today included Bateau Bay's Jackson Roberts who racked up a 9 and 9.5 in the fourth heat of the day. Jackson sits in fourth position in the Australasian Pro Junior rankings. 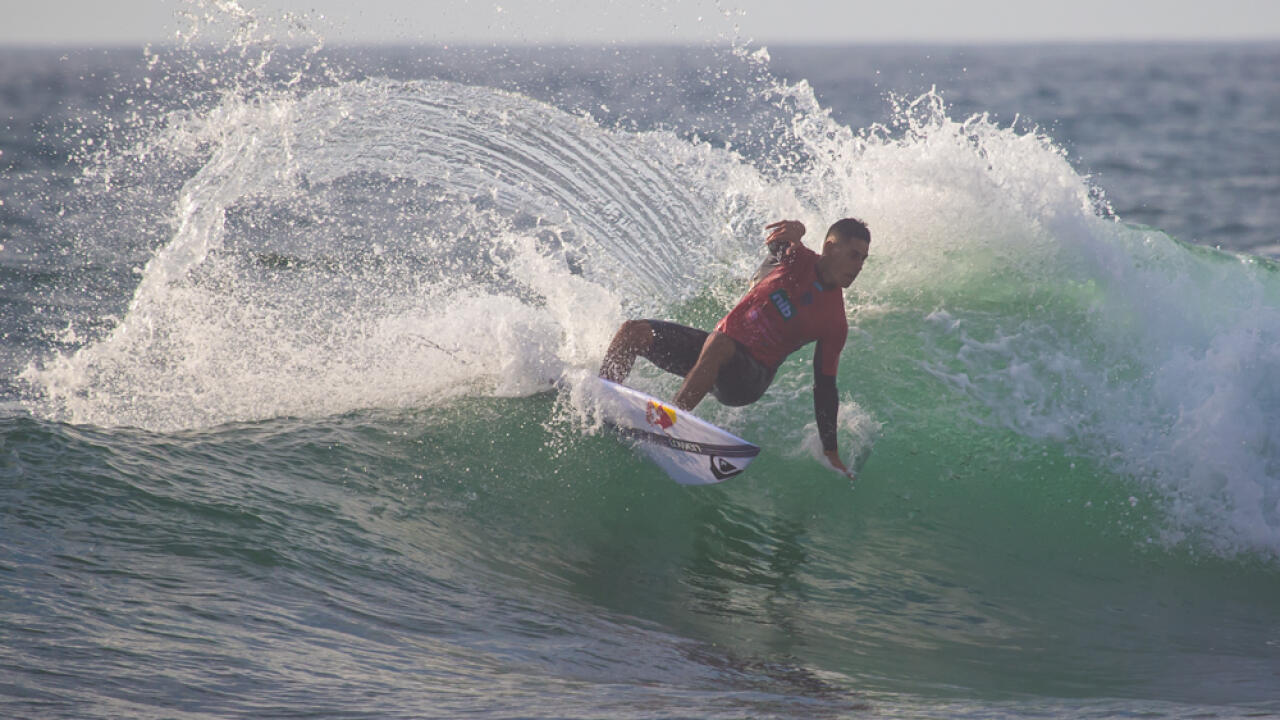 The second JQS event of the Australia/ Oceania season will kick off the annual festivities at Newcastle Surfest.