Former Championship Tour star Dusty Payne is still recovering from his brutal January 8 wipeout at Pipeline, the most dangerous wave on Oahu's North Shore. His near-death drowning there was a stark reminder of how dangerous Oahu's renowned wave can be. The 29-year-old Maui surfer is something of an expert at the infamous break; Payne competed on the Championship Tour (CT) for six years, and has been a revered talent since he was in his teens. His accident came just three weeks after he won the Pipeline Invitational back in December. That Payne is up and walking is a miracle. He still has no recollection of the incident, or the two weeks he spent in the Intensive Care Unit at Queens Hospital. His even being on a road to recovery, however, is thanks to the swath of expert first responders who were on hand when he wiped out -- and the North Shore Lifeguards, who actively train locals on how to handle just such emergencies. To avid surfers worldwide, those lifeguards are regarded as elite athletes and lifesavers; they live and work in treacherous ocean conditions.

Payne is now hoping to shed a little more light on these heroes, so to thank them for saving his life, he's set up a GoFundMe account where 100 percent of the proceeds are going to help the North Shore Lifeguard Association. The stated goal is $25,000, and the fund has already reached $12,000 in less than a week. 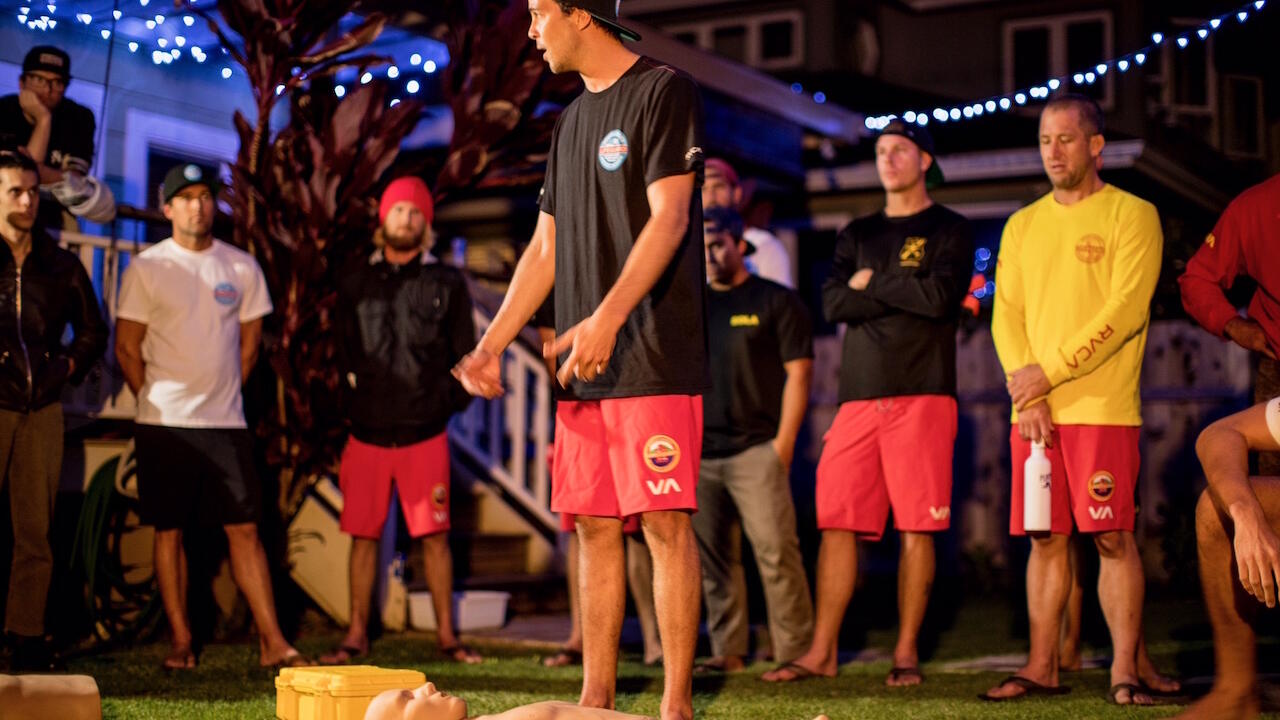 Public safety campaigns are one of the hallmarks of the North Shore Lifeguard Association's efforts, as their number-one priority is prevention. - WSL / north shore lifeguard association/zaknoyle

"Dusty's rescue was a true community effort," says Bryan Phillips, who runs the association. "The surfers and photographers who were there right when it happened did all of the right things before our guys arrived on scene, and that's a testament to the awareness levels you want and need in your community, which is exactly what the North Shore Lifeguard Association is about. Our number-one goal is to provide the public with free instruction on what to do in situations like that."

Indeed, the North Shore Lifeguard association uses their funds to support public safety awareness and Junior Lifeguard programs all over Oahu, so that kids can participate for free. "We're hoping to use new funds to support the same programs on Maui, where Dusty is from," says Phillips. The North Shore Lifeguard Association, which started with the simple idea of taking care of its community, is now becoming the primary vehicle to support lifeguard initiatives statewide.

"More funds are needed for these guys to be able to offer more training in proper CPR, water extraction and first aid," Payne posted in his touching Instagram tribute. "These heroes put their lives at risk everyday for the public's safety, and unfortunately they don't really get the support and recognition they deserve.

You can join Dusty and his family in their effort here.