When Andy Irons was 16, he ended up on the floor of my apartment during the NSSA Nationals, a guest of my roommate at the time. He won the contest at Lowers, in San Clemente, CA, but because amateur surfing was such a mess back then, his win barely registered on the industry radar. Andy Irons' success at Pipeline started back in high school when he won the HIC Pro. He'd go on to capture four Pipe Masters victories during his remarkable career. - WSL

Six months later I was watching him in Hawaii, ruling 10-foot surf at Pipeline, where he won the HIC Pro while still in high school. The Finals of that event took place before an empty beach because of pouring rain, but when news of the result hit the mainland, the industry came knocking hard, trying to find out how some 17-year old from a dynasty of surfers could have slipped through their fingers, unnoticed. The answer, it turns out, has everything to do with Kauai.

A couple years afterward, I was working for Surfer magazine and, having convinced my bosses to let me do the first profile on Andy and his brother, Bruce, I flew over to the North Shore of Oahu to meet up with them. This was the late '90s, and by this time the brothers had been been plucked from their garden-isle nirvana and put on a fast-track to a seductive world of fame and fortune. They were staying with a lively crew of Kauaian surfers in a rundown, flea-infested flat at Velzyland, site of the original Volcom house. Andy's final victory on the Championship Tour came in Tahiti, just a few months before his death in November, 2010. - WSL / Kirstin Scholtz

There were a dozen people or so crashing in a single-level pad, and though it was already 9 am most of them were still trickling in from a big night out in Honolulu. Having been separated by the events of the previous evening, they were arriving in pairs or triplets, with a couple stragglers coming in solo. In the big living room, they spent the next couple of hours putting the night back together. One kid arrived with a huge chunk of hair missing from his head, after falling out of the car he in which he rode home.

Andy and Bruce sat there almost quietly taking it all in. Their newfound fame didn't carry much weight here. Bruce was getting kicked out of chairs. Andy had little sway in what was going to be watched on TV. The pecking order they grew up in was still very much intact...and I got the immediate sense that they loved that. Irons was always a force at Jeffreys Bay. He won the event in 2004. - WSL / Kirstin Scholtz

The Irons grew up in a dream. They spent the majority of their youth running around barefoot on the North Shore of Kauai, surfing secret breaks with buddies near their hometown of Hanalei, which is a place of indescribable beauty. To this day, Kauai's bounty remains heavily protected, even in our age of social media. Violators of local codes are dealt with swiftly. A few years ago, Kai Garcia, one of Kauai's famed tribal elders, described growing up there this way, "We were so tight-knit, everybody knew you and your business. That's how it is."

Most of their friends in Hanalei were middle class, working in restaurants or hotels. But pro surfing possibilities changed the dynamic for Andy. "When you give kids that option, they're going to want it, because over here that means they're not confined to waiting tables or construction or being a commercial fisherman," Garcia explained.

Instead, Andy became one of the greatest surfers of all time. But he paid a heavy price for it. Much has been written about his struggles, and the emotional tightrope he walked throughout his career. The upcoming movie about his life promises to be cathartic for those who knew him best. Now that considerable time has passed, I like to remember the things that made him so charismatic. Ultimately, Andy was a flawed hero who overcame great struggles to achieve greatness. It's hard to resist that. 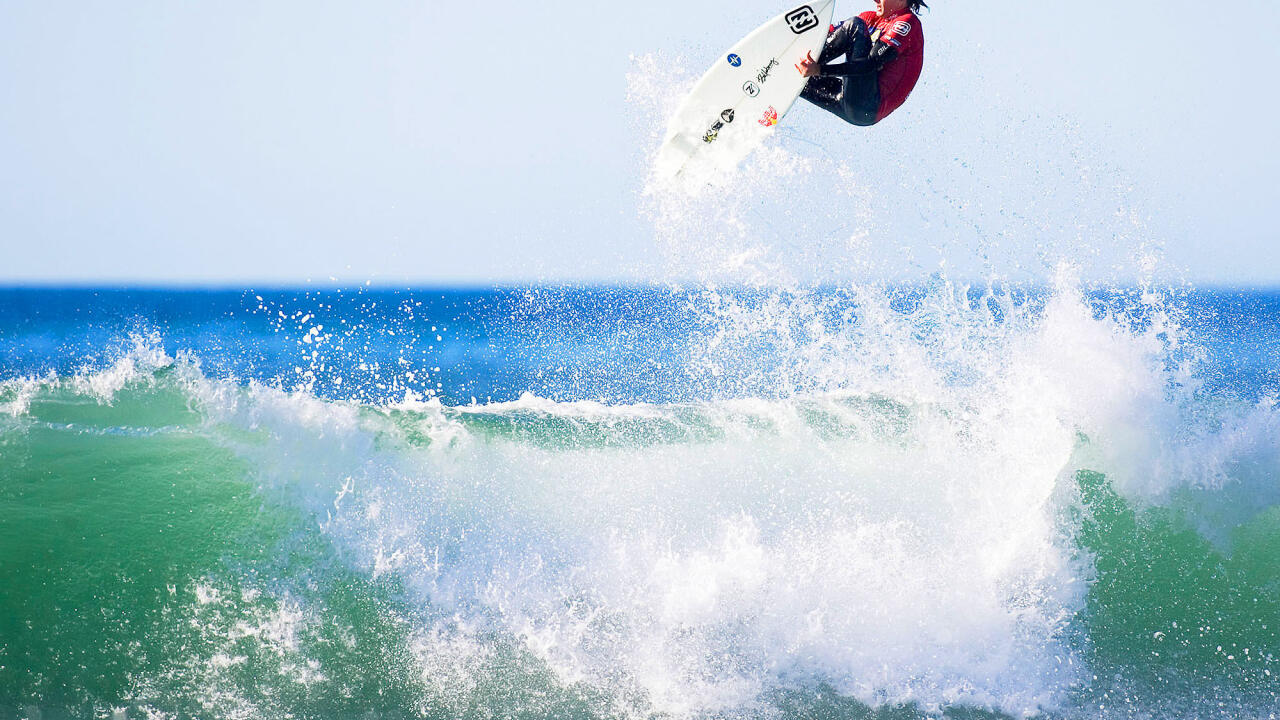 In the water, Andy's creativity set him apart. - WSL / Karen

On the surface, he became invincible during his reign. From 2002-2004 his surfing was as combustible and multi-layered as his personality. Andy mapped the world through his intense interest in others. In the water, that same curiosity taught him to adapt to any condition. The incredible spontaneity he displayed there was a direct reflection of his searing wit and charm back on land. He could cut anyone down to size in seconds, but only when he felt he had to. Kauai's country kid became worldly in his own way, and that's what led to his utter surfing dominance. To this day, Andy is still the only surfer in history to win at every major stop on tour. Slater, Curren, Carroll, Richards, Fanning, Florence -- none of them have been able to pull that off.

Mark Richards said it best when I asked him to describe Andy's dominance back in 2004. "The best thing a competitive surfer can have is an aura of invincibility and to be feared by opponents. Andy has this by the bucket-load. ...He actually came from behind to win against the greatest competitive surfer of all time in Kelly Slater. If you think about this: Kelly has never been beaten before, ever, when he wanted to win something badly, and he badly wanted to win that World Title." There was nothing better than hearing Andy laugh. - WSL / Kirstin Scholtz

Ah yes, the rivalry. It wasn't pro surfing's first, and it won't be the last, but it was by far the best one because, for a few solid years, it was genuine war. They both knew exactly how to push each other's buttons, and they didn't hold back. Both being extremely gifted, competitive and passionate, things were bound to get heated, and they did one night on Tavarua, as Kelly admitted years ago. But their one and only physical altercation ended in huge hugs, and a deeper level of mutual respect.

Like many of his Hawaii-born buddies, Andy had hardened calluses and sharp edges. But like them, beneath the surface beat the heart of a teddy bear. These guys are givers, and Andy was no different. Indeed, his most endearing gift, the one that sticks with me, was his amazing ability to give everyone around him respect. That's why he's so missed.