For a town of 4,500, Avoca Beach, Australia, is cranking out its share of highly-skilled surfers. For several years now, the local surf club has been a fun place for locals to gather and watch their star members, Adrian Buchan and Matt Wilkinson, represent out on the global stage. The tiny Central Coast town has been producing Tour-level talents since the '80s, with names like Bryce Ellis, the late Mark Sainsbury, Shane Powell, Drew Courtney and Glenn Hall all representing. This year, the little beach town has added another surfer to the WSL Championship Tour (CT) roster in 25-year-old rookie, Wade Carmichael.

It's not exactly country living, but what you'd call the town is a good distance from the highway that races down from Newcastle in the north and Sydney to the south. "We're an active little community," says Buchan. "If you're not in the surf club you're in the surf lifesaving club, and if you're not in either of those you play rugby or cricket, and some of us do all of it, you know?" In fact, Carmichael tried his hand at rugby for a few years, "But it started losing its appeal when I was getting smashed by all the big dudes," he says. "I was getting hurt. But I could always walk to the beach, and after a while surfing was just a lot more fun." Carmichael made back-to-back Finals at Sunset Beach in 2017 at the HIC Pro and Vans World Cup. - WSL / Tony Heff

Of course, if that were to happen, you might be hard-pressed to get Carmichael to talk. He's a famously quiet and humble character who's been flying under the radar for years. "He wasn't a superstar in anyway," says Wilkinson. "He was just always really good and really consistent and then once he kind of got solid and filled in, his surfing -- it jumped, like, by leaps and bounds."

In 2013, Carmichael finished his first year on the WSL Qualifying Series (QS) ranked No. 41 thanks to a strong finish during the Hawaiian leg, where his powerful brand of rail surfing flourished. "He's always been a fast surfer," says Wilko. "But a lot of guys lose that speed as they fill out and get bigger. Wade didn't. To keep that speed with all that weight is a really unique thing." Wade's another one of those big guys who has no problem generating speed, which means he's going to unleash some power. - WSL / WSL/POULLENOT

And though everyone in Avoca knew who Carmichael was, sponsors weren't exactly beating down his door. Humility and isolation worked against him in that arena, so in order to keep chasing his pro surfing dream he had to knuckle down and get some jobs. "I washed dishes. I taught at surf schools. I worked as a lifeguard," he says. "It was tough seeing guys you're beating making a ton of money, but at the end of the day, I appreciated surfing more because I had to work for it."

He dropped to No. 59 in 2014, but managed respectable results again in Hawaii. "After that year I did a bunch of work as a builder for my brother," says Carmichael. "I'd say that was the turning point, because I didn't ever want to dig another ditch again. "

In 2015 Carmichael finally had some breakout results. He put his speed and power on full display at the Oakley Lowers Pro at Trestles, and finished third. Then, in Hawaii, after years of signaling he had something special, he delivered with a huge surprise victory at the Reef Hawaiian Pro. He finished the year ranked just a few spots outside the cut, at No. 16.

"That was such an eye-opener for me," says Carmichael. "I just realized what I could do, and that I could beat these guys." While missing the cut that year was painful, Glenn "Micro" Hall thinks it was a blessing. "I think he's better for it now," he says. "If he would have qualified through that last minute win and then all of a sudden he was on Tour, it probably would've been a bit of a deer in the headlights moment for him at Snapper." And Micro was onto something, because Carmichael had a shocker in 2016, falling all the way back to No. 75.

Fortunately he didn't have to return to the salt mines, because he'd finally landed a major sponsor after his 2015 success. Heading into last year, he decided to make the most of his adventures, and have some fun. Before the first major QS 10,000 in Durban, South Africa, he and Cooper Chapman took a side trip down the coast at Jeffreys Bay. "It was probably the best trip I've ever had. We were just mind blown. We surfed our brains out all day and by the time we left our froth levels were so high." 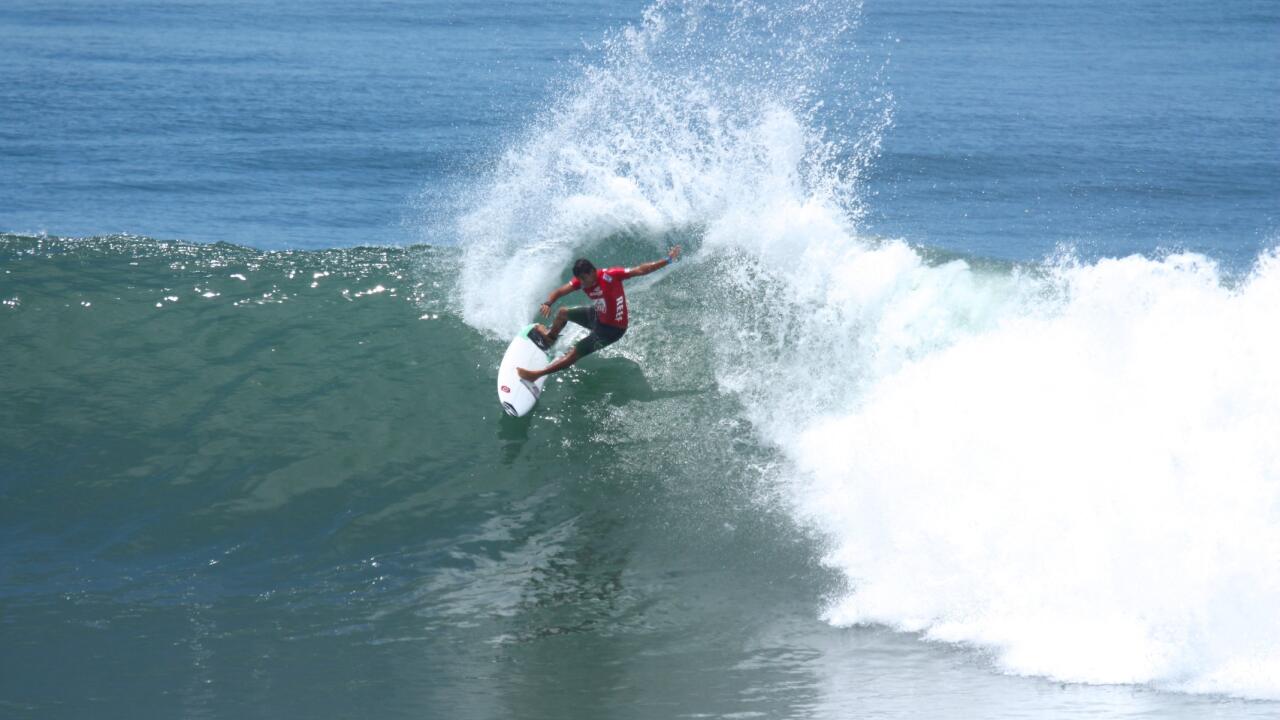 There's solid evidence to suggest that Wade will be a threat at the Tour's better pointbreaks. - WSL

He carried that froth up to the Ballito Pro in Durban and nabbed a huge fifth-place finish, and it felt effortless. "I just got into this rhythm where I was having heaps of fun, and the results kept coming." When he got to Europe, he repeated the process, surfing his brains out between events, and pulling a ninth in Cascais and a third in the Azores. In Hawaii, he did it again, and ended the season with two Finals appearances at Sunset, the first a runner-up finish at the HIC Sunset Pro, followed by a third at the Vans World Cup.

When he advanced to the Quarterfinals of the World Cup, he officially qualified for the 2018 Championship Tour, and back on shore Buchan and Wilko, his Avoca Beach Boardriders buddies, greeted him with huge hugs. Given where he's been, and what it's taken to get here, Carmichael is coming into the season all smiles. - WSL / Tony Heff

"To come from where he did, y'know, having to pull results just to get from one event to the next, that's pretty awesome," says Wilkinson. "There's a lot of guys like that out there, so it's good to see one get through."

"He's chased his goal with a different kind of dedication and perseverance," says Buchan. "He's never been celebrated as being the next big thing. He's a humble kid who just goes about his business and let's his surfing do the talking. But I don't think anybody is going to take him lightly next year. I certainly won't be."

"I just want to do some good surfing and savor it," says Carmichael. "We'll see where that puts me with the big dogs. I'm just going to start off fresh and see what my surfing does." You can watch Carmichael live daily at the Quiksilver Pro Gold Coast starting March 11 at worldsurfleague.com