Highlights: Women's Top Seeds Take Martinique by Storm
2:27
The Martinique Surf Pro continues with the second round of the women's event in tricky conditions.

Two lay days with waves on different spots around the island were what everyone needed to relax a bit, re-energize and focus on the money rounds coming up at the Martinique Surf Pro.

Today the women went back to work in shifting two-to-three foot waves and wave selection was key to find the gems that offered the best scoring potential.

Teresa Bonvalot found exactly that in Heat 2 of the second round. She started on a really fun looking set with a lot of wall and performed three surgical turns on her backhand to post the highest number of the women's event, an excellent 8.50 for the win.

"That was the first time I got to surf that wave with only three other people so that was definitely nice," she said. "It's a super fun right with a lot of wall and I enjoyed it a lot. I'm feeling pretty confident at the moment and I've been working a lot to prepare for these events, but right now I'm just enjoying my time being here in beautiful Martinique, we're so lucky to have an event here." 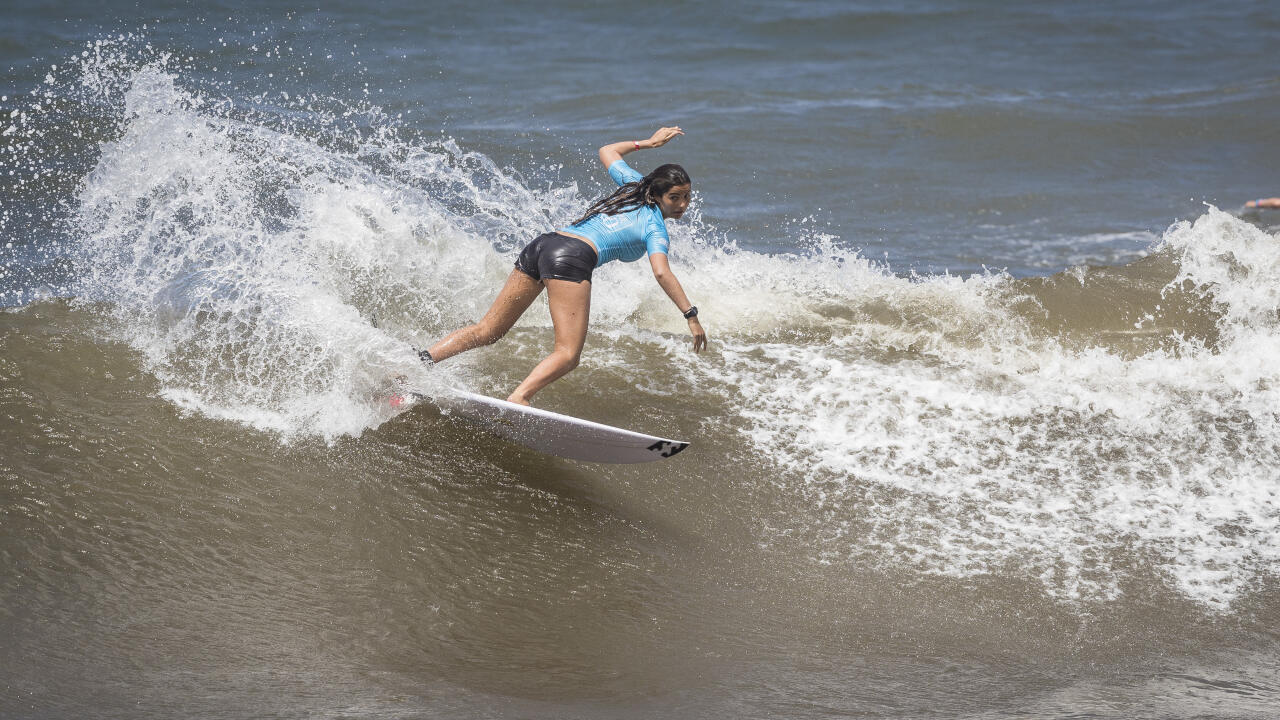 Teresa will surf in the first heat when the women's event resumes. - WSL / Damien Poullenot

With two good results under her belt in Australia earlier this year, Teresa looks poised to crack the top spots on the Qualifying Series in her third full season.

15-year-old Floridian Rachel Presti must have taken good notes of Teresa's placement cause she found herself on the best two waves of her heat right away to post an incredible 8.50 and a backup 7 point ride in the first ten minutes. Rachel surfed beyond her years and showed exciting maneuvers, finishing waves ditching her fins on the inside. Rachel showed great potential in her Round Two performance and will be one to watch out for in the coming days. - WSL / Damien Poullenot

"I wanted to start with a good wave and back it up really fast, so I guess it worked out perfectly for me in this one," she said. "I love this place, it reminds me of a mix between Costa Rica, Chile and different places and the waves are super fun."

A little later on, Caribbean neighbor and former CT competitor Chelsea Tuach tied Rachel for the biggest heat with a 15.50 of her own. Coming from Barbados nearby, Chelsea looked right at home and opened her heat with a great wave under her opponents' priority. With a 7.50 to start things off, she continued to hunt for the good waves and ultimately scored an 8 point ride in the dying minutes to post a big first win in Martinique. Brisa Hennessy is another lethal competitor in Martinique, especially if waves get bigger. - WSL / Damien Poullenot

"After a couple down days the excitement and nerves were building so it was nice to finally get a start here," she said. "Having a good start is what I need in a heat, and then I couldn't take my foot off the gas cause all the other girls were ripping and I knew they could get big scores. I moved around a lot trying to figure out where the good waves were and it was a really good heat to start things off and I'm really looking forward to the rest of the event."

Other notable winners today were Emily Nishimoto who advanced in first ahead of Pauline Ado, Mikaela Greene, Sophie McCulloch and Alessa Quizon all winning as well and finally Brianna Cope taking out the last heat, unfortunately eliminating Caribbean surfer Maud Le Car in the process.

Event officials have invited the men at a 7 a.m call Thursday for a potential early start of the top seeds' Round Three, and the women at 12 p.m for a possible start later in the afternoon.