A declining swell at Playa Grande in Mar del Plata has forced event organizers to call a lay day on Thursday at the WSL Rip Curl Pro Argentina. After putting the contest on hold until 1pm, competition was called off due to insufficient scoring opportunities for the athletes. The event window has until Easter Sunday to finish off the Men's QS 1,500 and the Women's QS 1,000. A new call is set for 8:00 am on Friday. In the men's division, out of the initial 72 competitors, only 32 athletes remain in the hunt for the event win. In addition to Qualifying Series ranking points, the regional event is also valid towards the 2018 WSL South America Championship. Last year the title was won by Thiago Camarão (BRA), who has guaranteed his entry into all QS 10,000 and QS 6,000 events this year because of his Regional Title. 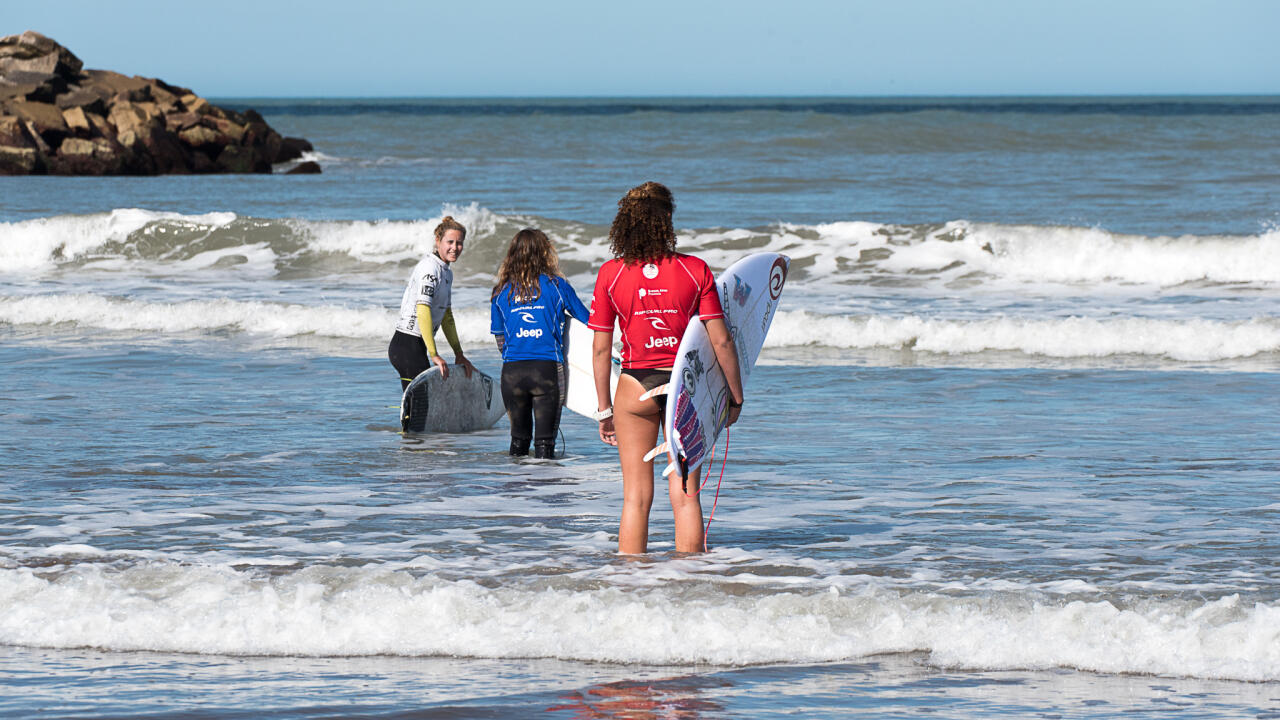 After a full day of competition yesterday from the women, only 16 surfers remain in contention at the Rip Curl Pro Argentina. Dominic Barona (ECU) won the first edition of the event last year and is back to defend her title. Barona also leads the 2018 WSL South America ranking after winning the first event in Peru. However, the Argentinian contingent has the majority of surfers left in the competition with seven athletes, followed by four Brazilians, two Peruvians, one Chilean and one surfer from the USA.