Port Alfred - A windy but exciting day's surfing at the Royal St Andrews Hotel Port Alfred Classic - the second stop of the City Surf Series - saw many favourites through in amongst the fun right-handers on offer.

Port Alfred is a consistent, predominantly right-hand break at the mouth of the Kowie River that hasn't had a major surf event for a number of years, and the contestants were pumped up to either consolidate on their previous results from the first event of the year, or to break out and start their campaigns at this contest. The picturesque Port Alfred break, at the mouth of the Kowie river, saw great surf for the opening day of the Royal St Andrew Hotel Port Alfred Classic pres. by Quiksilver - WSL / Thurtell

Former WSL No. 2 ranked longboard rider Steven Sawyer (Jeffreys Bay) is the favourite for the inaugural QS1,000 men's longboard title at this contest. He put on a stellar performance in his Quarterfinal but was outpointed by the polished Ryan Lightfoot, also from J-Bay. Still his result will see him through to the Semifinals.

"The conditions were epic today, and super competitive for longboarding," said Sawyer. "There were nice pockets for nose-riding and I'd say ten out of ten for longboarding and I can't wait to see what the swell reports bring in for the rest of the weekend."

"The City Surf Series is so good, and we are blessed to have this opportunity to be touring the country and competing against each other and gaining international points for qualifying on the longboarding and shortboarding series," he added. "I definitely consider us to be spoiled to be having so many contests in South Africa at this time."

Sawyer surfed with a foot injury, but lives to fight another day with his Semifinal berth. 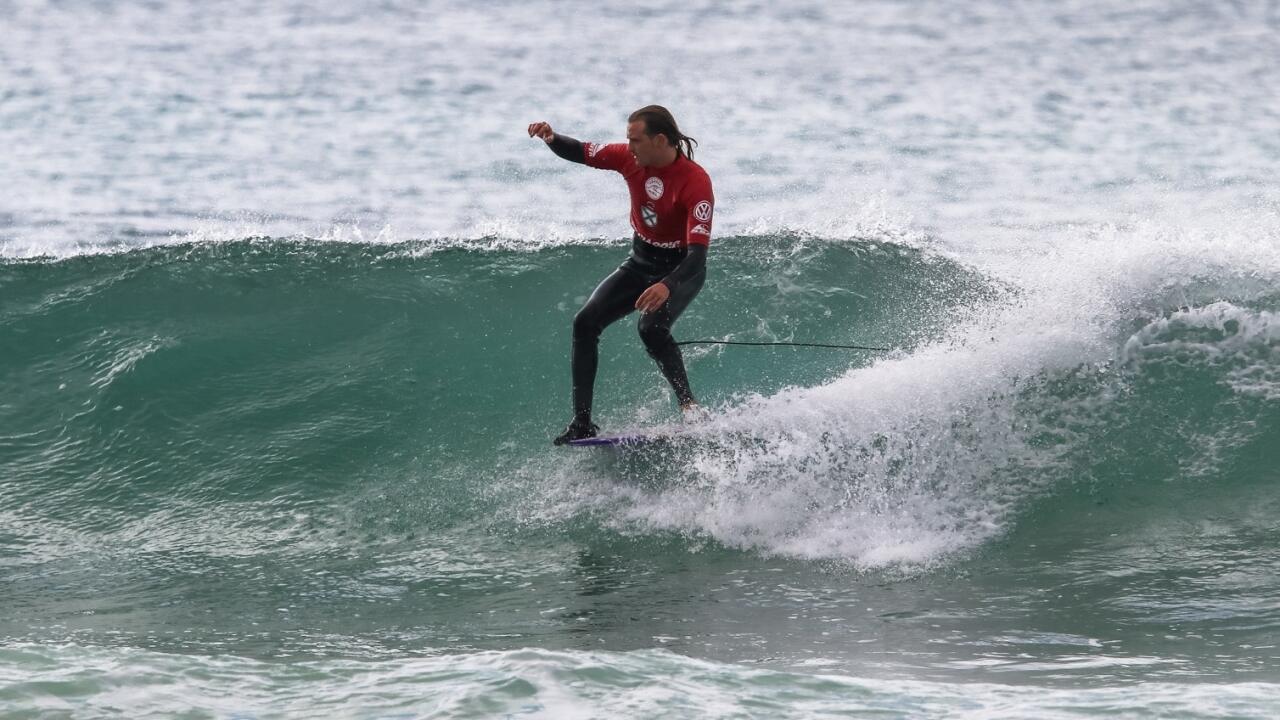 In the women's longboarding there was a shock upset with Marishka Myers defeating current South African Champion Christy Gilmour in their Quarterfinal surf off. Myers found the good waves during the heat, while Gilmour seemed to miss a few opportunities. Myers will meet Mia Baard in the first Semifinal of the Women's Longboarding division when it kicks in again over the weekend.

The Men's Division, a QS 1,000 event, was dominated by Border surfers in the earlier rounds, with the battle-hardened Greg Emslie, a former World Surf League Championship Tour surfer, showing his experience by shutting down competitors in his Round 3 heat. Greg spent over a decade competing at the highest level against the likes of Kelly Slater and Mick Fanning, and has won multiple events on the domestic circuit over the years, and made short work of his competitors today. Dillon Hendricks, bolstered by his breakout performance last weekend, quietly put on another winning performance by winning his Round 3 heat today - WSL / thurtell

Wayne Monk, another very experienced East London surfer beat the younger duo of Koby Oberholzer and Thomas Lindhorst to show that he still his competitive nous and advanced along with Calvin Goor who also surfed a fast and dynamic Round 3 heat to place ahead of Monk.

The effervescent Nicole Pallet went straight to work in her Round 2 heat of the Women's division, banking a massive 9.25 score to put her in the lead where she remained until the final siren. Advancing with her was the young Josefina Ane from Argentina. The goofy-footer who is currently the highest-rated QS surfer in the women's event, went to town on the reeling right-handers, and banked enough points to advance into the next round with Pallet. Nicole Pallet made short work of her competitors in the early rounds of the women's division in the Royal St Andrew Hotel Port Alfred Classic pres. by Quiksilver - WSL / Thurtell

There is a fairly solid run of swell forecast for the area for the rest of the weekend with favourable winds. The action is going to heat up over the next few days, and there will be many surfers smiling at the predicted swell. Port Alfred enjoys a solid swell, but it does become a little bit more challenging to ride, and experience as well as fitness, are two skill-sets that are going to be paramount when the contest reconvenes tomorrow.

Jordy Maree takes the win on a day when all six finalists in three divisions were goofy-footers.