Competitors were greeted to another solid day of surfing as sets in the 4-6 foot range (1.5-2 meters) broke along the shallow reef at La Punta for Day 2 of the WSL Men's QS 1,500 Heroes de Mayo Iquique Pro in Chile. The 74 surfers from 13 different countries that hit the water today had a full array of scoring opportunities which saw them dropping into barrels, transitioning into open-faced carves and lifting off on rampy end sections. For many of the athletes it was their first time to Chile, but it surely won't be their last. 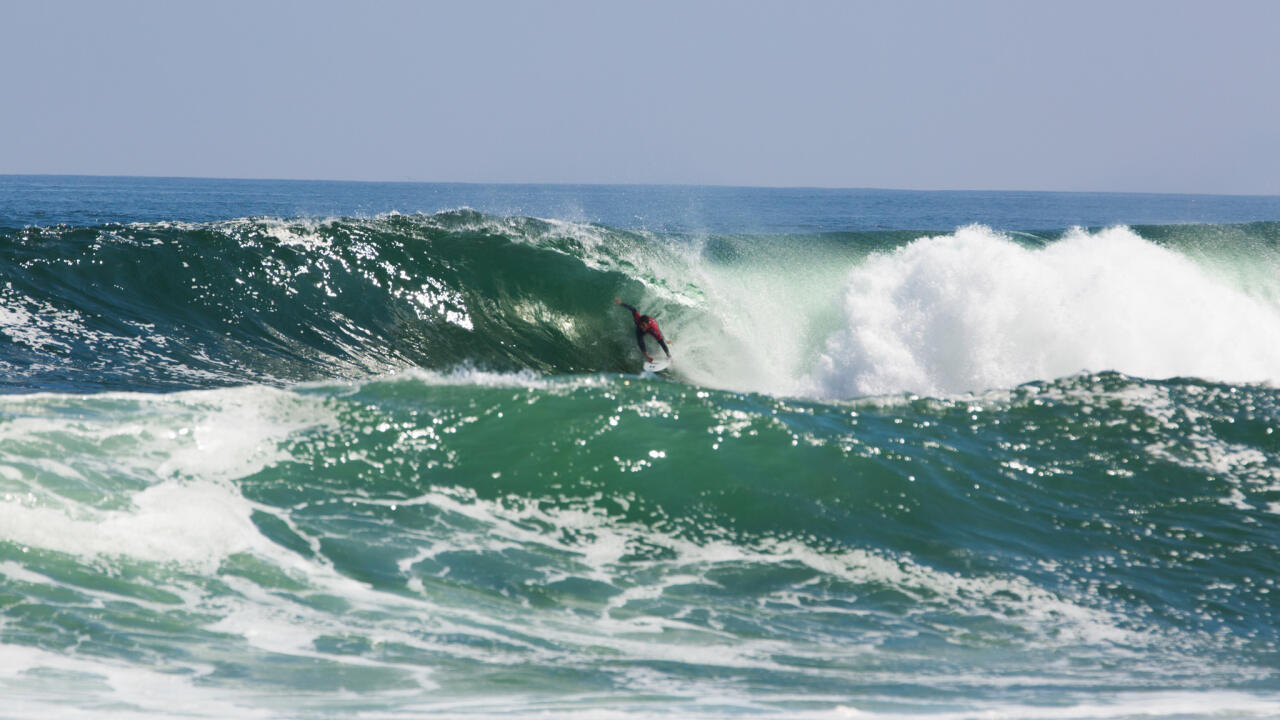 As Round 3 began, the event's top seeds entered the line-up and left their mark with high scoring heats. Alonso Correa (PER) kept his wave count minimal by only surfing 3 waves, but he made the most of them by scoring a 7.25, followed by an 8.75 and finally upped the ante with a 9.50 to score the event's highest heat total of an 18.25 in Heat 6 of Round 3.

"I was really happy with my performance in the water and for getting the biggest score of the event so far," Correa said. "I caught some good ones in my heat, got some barrels and did some strong turns to get that 9.50. The waves in Chile are incredible. I've been coming here to compete in Arica (the next stop on the WSL South America calendar) for five years, but this is my first time to Iquique. I've been really impressed with how good the waves are. Right before my heat, my brother won his, so I was extra motivated to do well. I hope that someone from South America wins this contest." Torrey Meister from Hawaii has been putting on a clinic in Iquique with his high-performance surfing. After earning the event's first 10-point ride yesterday, Meister continued his torrid pace and advanced into Round 4. Other standouts included Jack Robinson (AUS), Manuel Selman (CHL) who scored a 9.35 on an incredible barrel ride, the duo from Saquarema Raoni Monteiro (BRA) and João Chianca (BRA) and the talented surfer from Uruguay, Marco Giorgi, who earned an 8.25 and a 9.00 on his two best waves in Round 3.

"It's exciting to compete in waves like these. Everyone feels great when you can catch barrels and do turns on the same wave," exclaimed Giorgi. "I hope conditions can stick around for the next few days because it's been so much fun. But I know I can't look too far ahead in the future and need to concentrate on each heat, so I just need to remain calm and pick the best waves." On a side note, the 2018 WSL South America Title is still up for grabs. Alonso Correa jumped to first place in the rankings after winning the event in San Bartolo, Peru. However, Wesley Santos (BRA) overtook him with his victory in Mar del Plata, Argentina. But after an early exit in Iquique, Santos could fall behind again, leaving the Peruvian with an opportunity to solidify his lead in the rankings.

After two full days of competition dedicated to the Men's division, the attention will now on the ladies as a call is set for 8:00 am local time to begin the Women's QS 1,500 Heroes da Mayo Iquique Pro on Wednesday. Sparks will fly right away as Dominic Barona (ECU), who leads the WSL South America Women's Rankings, will be in Heat 1 of the day and will face Sol Aguirre (PER), Anne dos Santos (BRA) and Catalina Hernandez (CHL). Barona won both of the events in San Bartolo and Mar del Plata and is looking to extend her lead in the rankings in Chile.

Catch all the action from the Heroes De Mayo Iquique Pro final day.