Joel Parkinson surfed in his last ever heat at Jeffreys Bay Wednesday afternoon in picture-perfect conditions. The 2012 World Champ held the No. 2 position for a large portion of the heat, with Conner Coffin in the lead. But the third surfer in the battle, South African Jordy Smith, ended up finding a last-minute score to overtake Parko in their three-man heat.

A slight sadness hung in the air at the realization. Parko -- as Smith has noted himself -- brings a little bit of magic to J-Bay and the Tour. 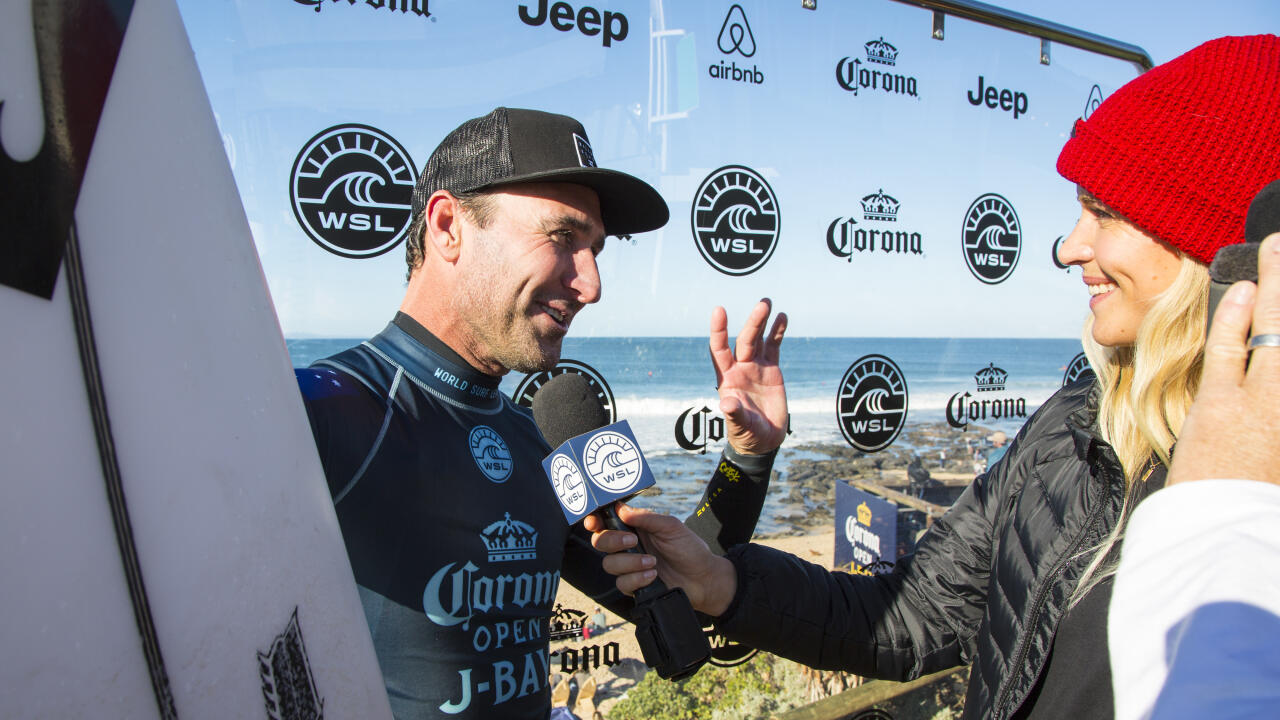 "I just had priority at J-Bay, surfing with some of the best guys. That's probably the thing I'll miss the most about being on Tour," said Parkinson. "I might've lost but I feel like I've won. I've kept it together so far. Haven't shed a tear yet but this wave has done so much for me. It kickstarted my career. This is where it all started for me."

On the way up from the beach, Parko handed his jersey over to Coffin to celebrate. The Californian earned an impressive 16.03 (8.00 + 8.03) heat total.

"I've been doing that throughout the year," Parkinson said of the hand-off. "It's something that I would have cherished if someone on Tour had done that for me. I think it's just a cool gesture. I've dedicated my life to this Tour and hopefully I've made some type of imprint here. It's sometimes hard to realize that the Dream Tour is reality. But I guess the next step for me is reality. I'm no longer a World Tour surfer so I can't stop everything when the waves are good."

Conner Coffin: "It Doesn't Get Any Better Than This"
0:49
The 24-year-old from California overcame both Jordy Smith and Joel Parkinson in Round 4 of the Corona Open J-Bay.

Coffin walked up the beach with a big smile on his face. By his own standards, the 24-year-old hasn't been able to put up a solid result this season but it looks as though pumping J-Bay (and a heat with Joel Parkinson) provided some inspiration.

"To have a heat with both Jordy and Joel at pumping J-bay...what an honor," said Coffin. "Joel and I had a bet with each other at Bells that the next time we had a heat together, whoever lost had to wear the winners jersey the whole next day. He texted me last night to remind me. That got me fired up. But he actually gave me his jersey at the end of that heat, which is so special. He's just such a legend."