The World Surf League (WSL) is back at Jennette's Pier for the fifth-consecutive WRV Outer Banks Pro pres by Pacifico presented by Pacifico and Women's Qualifying Series (QS) 1,000-level event August 29 - September 2. It's an exciting return to the Outer Banks as the women rejoin this event after being away from tour since the men have returned beginning in 2014.

The event will be streamed live throughout the week as spectators from the around world will see some of North America's top men and women QS talents.

After an early exit from the Vans Pro QS 3,000 just days ago, current No. 2 Kevin Schulz went down the East Coast, foregoing the opening stages of the European leg, for a chance at earning 1,000 valuable points toward reclaiming the No. 1 spot from Lucca Mesinas. The San Clemente, California, native is ready for all conditions, competing in the WRV Outer Banks Pro since it came back to the QS schedule, and is finding his way through the ranks - currently sitting at No. 95 on the international rankings. Schulz's, 23, aspirations of joining the Championship Tour (CT) are potent and the QS warrior is inching closer each year.

"I'm really looking forward to the week in Outer Banks after having a shocker in Virginia Beach," Schulz said. "This is an event where I really want to make a lot of heats. I want to take out the North Regional Title this year badly for a shot at the QS 10,000s next year right away. I'm sitting within that Top 100, but a result here would be a great push toward both rankings. I love it here in the Outer Banks with the East Coast family and it's great to share it with all the boys from back home." North Carolina's own Bo Raynor will be on hand to bring one back for the hometown crowd. - WSL / John W. Ferguson

Bo Raynor is coming into the WRV Outer Banks Pro following a great performance in the Vans Pro Junior, earning a fourth-place result. The 18-year-old prepares for his first full-time year on the QS next year and is gaining all the experience he can before doing so. But, the Outer Banks resident and North Carolina native has a chance to gain that contest experience right at home, and earn some vital points toward building his event seeding for 2019.

"Im looking forward to having a contest at home and it feels super nice to have some confidence built up after making a final at the Pro Junior in Virginia Beach," Raynor said. "I've been surfing Jeanette's a good bit this summer and it has a super fun sandbar even when it's small, but Virginia Beach got me prepared even if it does end up being pretty small. It's super cool to have the comfort of being at home while trying to get points on the QS, so hopefully that plays into my favor and I can make some heats." The shores of Nags Head welcomes back the Women's QS up-and-comers. - WSL / Nichols

This marks a special year for the women as they are back in this event for the first time since its return to the Men's QS schedule in 2014. It is a valuable addition for the women with the intent of wanting to find themselves in the highest-rated QS events next year and can start toward that goal.

For a competitor like Leah Thompson, and a handful of other up-and-coming surfers, it provides them their first QS opportunity. The Wrightsville Beach, North Carolina, native has put her work in toward the Pro Junior season, but now looks to up the ante at home. These lower-level events are the stepping stone to helping surfers understand what it takes to excel on the WSL stage and begin building their careers.

"It's so exciting to have this event," Thompson said. "Although I'm from Wrightsville Beach, my family has a house in Avon and I've grown up all along the Outer Banks. I've experienced firsthand all the hurricanes generating insane waves and I think it's so special to have an event at home, hopefully there will be waves!" 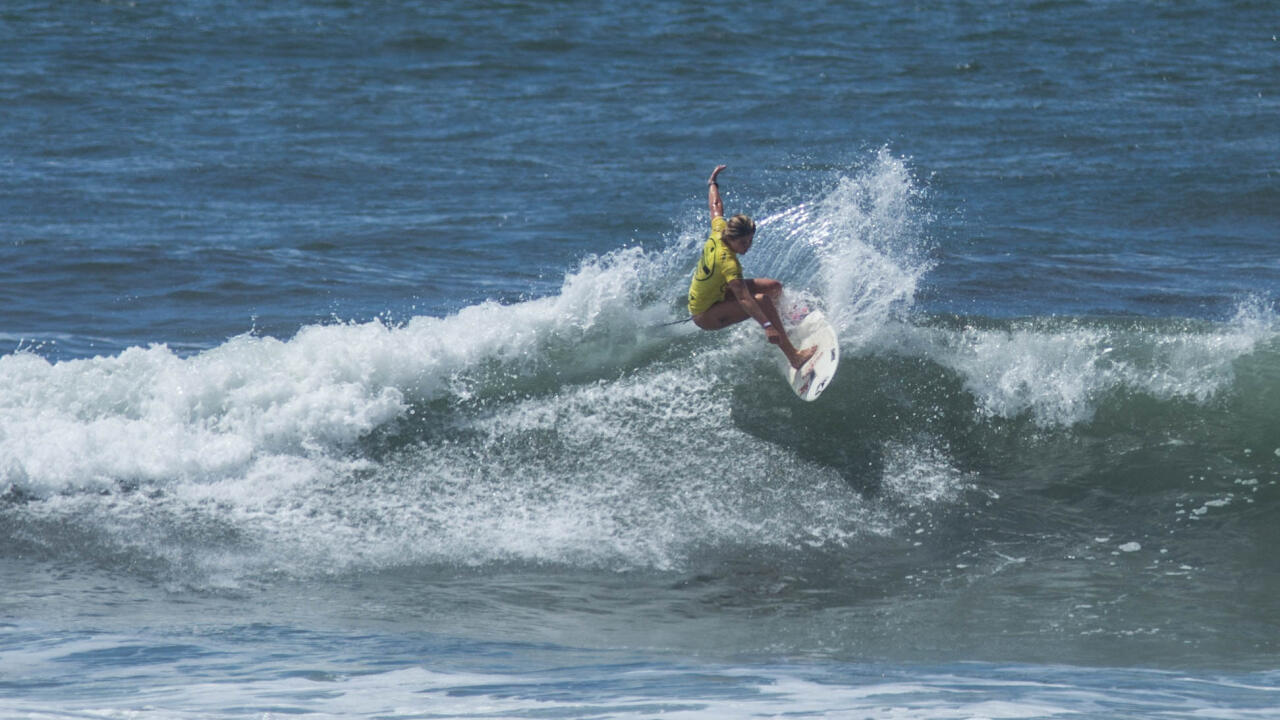 Floridian Kayla Durden is looking to capitalize on the opportunity at hand. - WSL / Johan Pacheco

Fellow East Coast surfer Kayla Durden also finds her place among hungry competitors vying for the valuable points on offer. The Jacksonville Beach, Florida, native has been working on building her professional surfing foundation, and events like these are vital to help a competitor do so.

"Besides the Florida Pro 6,000 to start the year, this is the only other QS event on the East Coast and I hope we keep seeing more and more," Durden said. "Having one this close to home removes a lot of the traveling stress. This event is huge for me. The QS is so competitive and doing 6000's is great but there are a lot high seeds so it makes it difficult to make multiple rounds to really get the kind of points I would need to build my seeding. I withdrew from the events in Europe to do this one instead because this event provides me with huge home field advantage. For me this event just makes sense and I hope to really capitalize on the opportunity."

Tune in live starting tomorrow, August 28 - September 2 and witness all the surfing from some of North America's finest.