Another year on the East Coast wrapped as this year included competition in each of the Men and Women's Qualifying Series (QS), and Men's Pro Junior. While conditions proved to be some of the toughest competitors have had in recent memory at each of the stops, their grit and determination rose to the occasion.

Here's a few key notes from one of the season's biggest turning points: Ohhara's sensational surfing on finals day made him a clear winner amid a stacked field. - WSL / John Ferguson

It's been over three years since the once Championship Tour (CT) qualification threat has been hoisted up the beach. Virginia Beach could be the spark Ohhara needs to regain his status as one of the top QS threats heading into the EDP Billabong Pro QS 10,000. The Japanese competitor currently sits at No. 26 on the rankings and only has 700 points to drop - meaning a big result at one of the upcoming prime events could thrust him toward the Top 10.

His dynamic approach to waist-high waves still proves to be among the QS's best but, after his display at the Surf Ranch Pro, must prove he can push his limit to the next tier in high-performance waves as well as waves of consequence.

In its eight year history the Vans Pro Junior now has five Hawaii competitors take home the title, along with Keanu Asing's claim to both - the only surfer in Vans Pro history to do so -, after Cole Alves' dramatic last-minute comeback over Tyler Gunter. It was a big moment for Alves, marking his first-ever WSL win and stakes Hawaii's dominance over 1st Street Jetty.

Wins from Kaito Kino, Joshua Moniz, and his brother, soon-to-be CT Rookie, along with Asing have a significant tally over other regional winners - Brazil with one and North America with two. The question is, can they make it six next year? Schulz's small-wave game continues to show he's one of the best when conditions get tough. - WSL / John Ferguson

This season has witnessed plenty of shuffling amid the rankings on both the Men's QS and Men's Pro Junior. While Caroline Marks has a strangle hold over the Women's Regional QS rankings, the men's pictures have been much more unpredictable.

No one has claimed two wins on the regional circuit as Schulz claimed his first WSL win at the Jack's Surfboards Pro in April to add his name into the hat of winners that included Evan Geiselman and Josh Burke. But, Lucca Mesinas took over the No. 1 spot following his maiden QS win at the Acapulco Surf Open and held that spot through the Vans Pro. That was until Schulz earned a Quarterfinal result at the WRV Outer Banks Pro pres. by Pacifico and will head into the Essential Costa Rica Surf Pro with a lot to surf for. 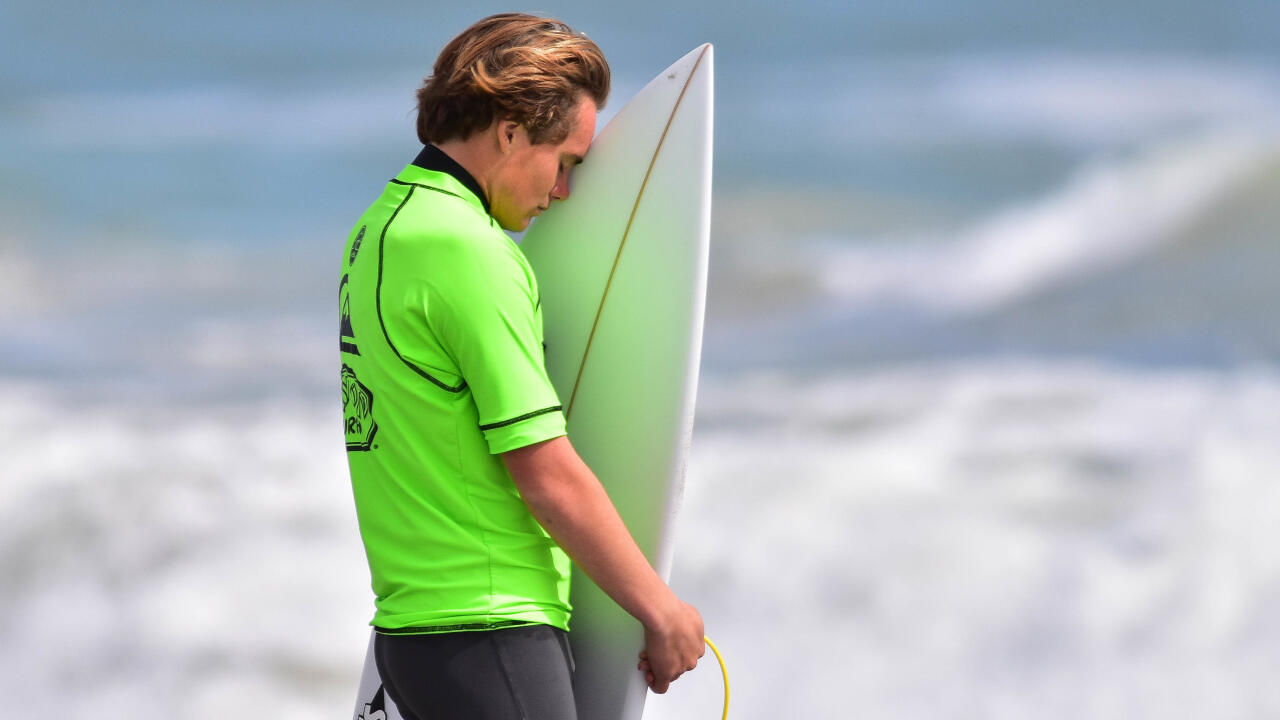 The Newport Beach, California, native will keep his head down for the final two events to ensure his WJC qualification. - WSL / John Ferguson

After the 18-year-old's remarkable performance that earned him both the Vans Pro and Vans Pro Junior Finals, Gunter now holds the No. 1 Pro Junior spot for the first time in his career heading to the RVCA Pro Junior in his hometown of Newport Beach, California. The rankings remain incredibly close with less than 400 points between 1st and 4th - and only another 130 between 4th and 5th for a chance at World Junior Championship qualification. Renan Peres Pulga's forehand proved to be too much in the Outer Banks. - WSL / John Ferguson

After Gabriel Farias' impeccable performance in 2017 at Jennette's Pier, his fellow countrymen Renan Peres Pulga picked up right where he left off - despite Farias' early exit. Pulga came out firing on all cylinders in his Round 2 debut and didn't let up on the pedal until being hoisted up the beach to his first-ever QS trophy.

The 20-year-old didn't lose a single heat en route to his victory over eventual runner-up Chauncey Robinson and now looks to keep the competitive fire burning at the Siargo Cloud 9 QS 3,000.

5. The Women Make Their Long-Awaited Return to Jennette's Looking back through the history of the WRV Outer Banks Pro, one could've gotten lost in the years trying to find out when the women last competed for QS points in North Carolina. But, dig deep enough and you would find that it was in 2004 when former CT competitor Claire Bevilacqua claimed her win.

Makena Burke brought the title back to North America after her incredible run to a flawless victory, winning every heat from Round 1 until the Final, over fellow Californian Tiare Thompson. The event showcased some of the up-and-coming women in North America looking to make their moves on the QS while others chased points in Europe, and Burke capitalized brilliantly. It was a momentous day for women's surfing as they now look forward to two more events to close out 2018 in Costa Rica and finishing in Pismo.